Passed by Congress, now it's time to get this bill signed into law.

The current tax code was written in 1986. And while it's been updated, the items related to commercial buildings hasn't been updated at all. So, if you're a building owner, whether it's a large building or a small building, and you use it for business, if you purchase an air conditioner it is depreciated over 39 years. Certainly, the industry makes fantastic products but 39 years is not reflective of the life span of a product.

It's unfair treatment when you compare it to other products, such as lighting, when you consider that HVAC takes upwards of two-thirds of a building's energy use, you would think that incentivizing a building owner to replace that would be something everyone would like to see done. Because of this, a few years ago, Congressmen Pat Tiberi and Ron Kind introduced a bill called the Path Act, which broadened Section 179 business expending.

This is what a business would use to write down business expenses, whether that's allowed for computers, or whether you invest in new equipment. "This bipartisan bill that was signed by President Obama, made Section 179 business expensing permanent, and it expanded it," notes Jon Melchi, vice president of government and external affairs of Heating Air-conditioning & Refrigeration Distributors International (HARDI). Additionally, it allowed, the removal of a provision that had previously prohibited the expensing of heating and cooling units, which was something HARDI worked very hard to see done.

"There was some language that the IRS said conflicted with another section of the tax code, which considers HVAC products part of real property. So, there's a couple of things that can't, right now, under IRS's eyes, be expensed, which would include HVAC, your roof, that sort of thing," Melchi explains.  So, with the information in tact, HARDI worked closely with Congressman Tiberi and Congressman Kind's office to work on some sort of reform.

CEO of HARDI, Talbot Gee, also remarked on the bill and the bipartisan leadership surrounding this legislation. "This [HEAT Act Bill] will allow our entire industry to more effectively deliver the cost and energy savings to owners." 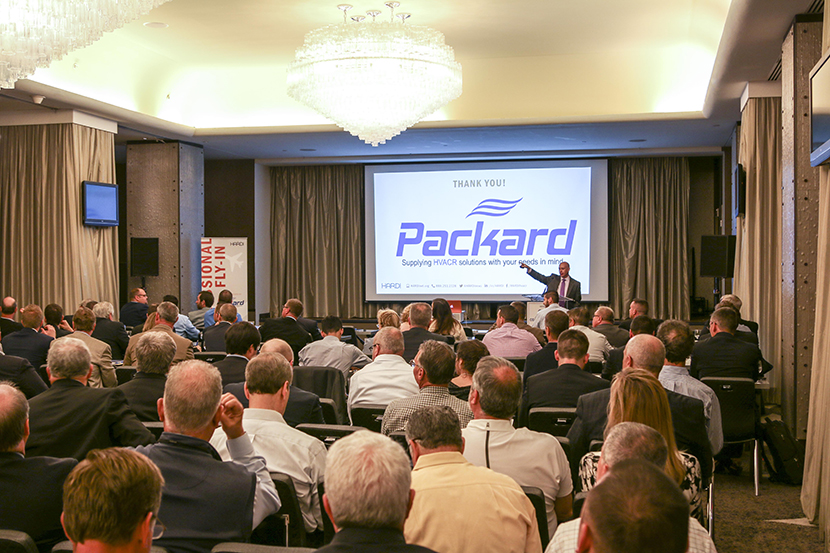 They actually advocated on behalf of the legislative intent of the Path Act, to IRS, and to the Treasury Department, saying, "Hey, we've meant for this bill to do this. Why isn't it doing it?" So, what they've done is, they said, "Okay, IRS is saying that there's conflict. We need to fix the conflict." And both of these offices have sat down with HARDI and said, "Okay, here's what we're gonna do this with, make the change, which would get us to the original intent, to allow business owners to expense heating and cooling."

But until the legislation is passed and signed by the President, the same status for taxpayers currently stands. "So, from a membership perspective, we're doing a couple of things. We've just embarked on a "Write Your Congressman" campaign, and more than 400 offices have been contacted by HARDI members, up on Capitol Hill, to discuss the importance of getting this fixed," Melchi explains. If enacted, it would do two things:

It's going to help all small businesses, whether you're an HVAC wholesaler, or a plumbing wholesaler, electrical distributor, because it's going be easier to make energy efficient upgrades for the homeowner. For HARDI members, and specifically to the HVAC industry, this is going to open up the commercial market to more distributors than they can currently access. And part of the reason for that is, the average commercial building changes equipment approximately every eight years. And, if a business owner is writing down equipment over 39 years, the incentive to invest in HVAC isn't there for them.

In essence, it will make it more attractive for these same owners to invest in HVAC, which gives HARDI members an opportunity to sell additional product, and to be more involved in that process. "So, we think, this could lead to the beginning of a boom in the commercial HVAC space," Melchi says.

As Congress is currently on recess, they're going to come back and begin working on a broad tax reform package. Congressional Republicans have said they are going to try a major tax reform bill. Under a couple of the different proposals that House and Senate Republicans are touting, this legislation would be included. “That's not a guarantee. But we think very favorably that if a broad tax reform bill moves, then our legislation would be included,” Melchi assures. 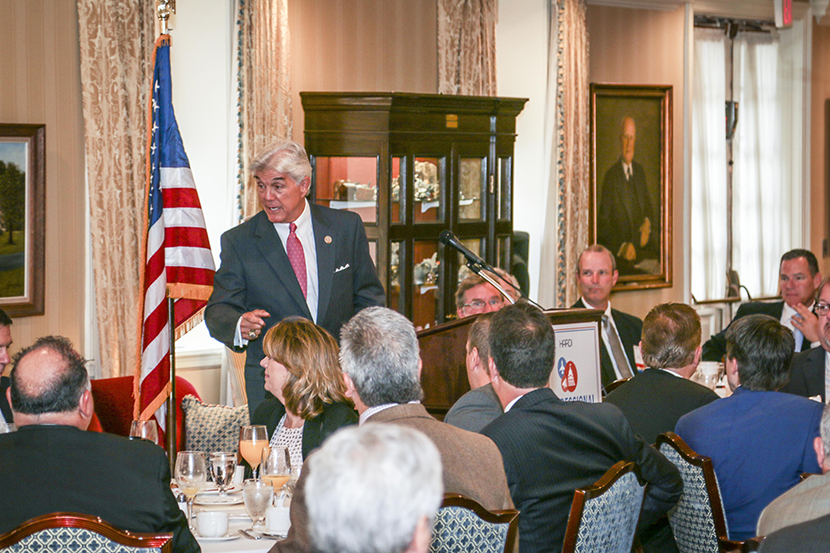 HARDI thinks they’ll have some resolution to this by the end of the year. And the good thing is, if they don't, they still have the opportunity to push for it next year. "Where we are very fortunate in our position right now is, number one, we've got two highly respected members on the Ways & Means Committee that introduced the bill, which is the tax writing committee. So just by the sheer fact that Congressmen Kind and Tiberi are so respected in Congress by Republicans and Democrats alike, gives us a strong lead in getting this moving forward," Melchi says.

Secondly, this is such a no-brainer for offices. When you go to talk to Republican offices, they're interested in the tax treatment of these products, and making the tax code work. And similarly, Democrat offices are often excited about the chance to improve the efficiency and performance of these buildings.

As Melchi informs, if you go to www.hardinet.org, and click on the Advocacy tab there is information right there about the Heat Act, and how you can get involved. You can send a letter to your Congressman from the HARDI website in less than 30 seconds that tells them: "Hey, you need to support this bill." It will also go over to Senate offices, to let them know, "Hey, this is going to be coming your way. You need to be aware of this." And that's a 30-second task that can have a very big impact.

The Wholesaler will be tracking this bill and all updates regarding this legislation in the coming months.