Technological advances in tools and equipment have transformed the plumbing and heating industry.

I must admit I have a love-hate relationship with technology. I love that I can listen to Pearl Jam, Miles Davis or Bruce Springsteen whenever I want because I carry around a catalog of roughly 10,000 songs on my phone. I like the fact that I can watch “Goodfellas,” “Shawshank Redemption,” or any game of the 2016 World Series on a train ride to Chicago or a flight to Las Vegas because those and many other videos are on my iPad.

I’m not complaining that I’m writing this on a keyboard rather than the typewriters I had to use in college. If I make errors while typing on my PC, which I do regularly, the computer promptly points them out to me with a variety of different colored underlines. I can go on forever about the things I love about our progress in technology because the list is endless. Oh yeah, Google maps. How can you not love that?

The other side of the coin? I’m not crazy about the incredible amount of disinformation on the internet, and the willingness of people to buy what’s being sold to them without doing their research. It scares me that we have military weapons so sophisticated and advanced that our planet may not survive another world war.

Our rights to privacy are compromised — now more than ever — and most of us go along with it because it’s the price we pay for all the other things we get out of it. The upside? It makes it hard for even the brilliant criminals to go off the grid.

Almost 300 words into this and you’ve got to be wondering — what the heck does this have to do with the heating industry?

I’m pushing 60 years old. When I started in the mechanical industry, every tool I used had this long, black cord attached to it that I was required to plug into a 120-volt receptacle. Same for the lights and everything else I used back then. Plugging in, and using, a Milwaukee Hole Shooter or Sawzall wasn’t that much trouble really; that is until you started tripping over all the cords in the mechanical room or if you were working in a crawlspace or attic without an outlet.

Or worse yet, you’re working on a new construction project and every contractor is fighting for the same, singular outlet. Nowadays, our shop vacs, drills, saws, lights and almost every other thing I can think of right now are operated by batteries. Pipe threaders, tubing cutters, hacksaws, small air compressors, band saws, circular saws and so many others are available to us in a battery-operated version. 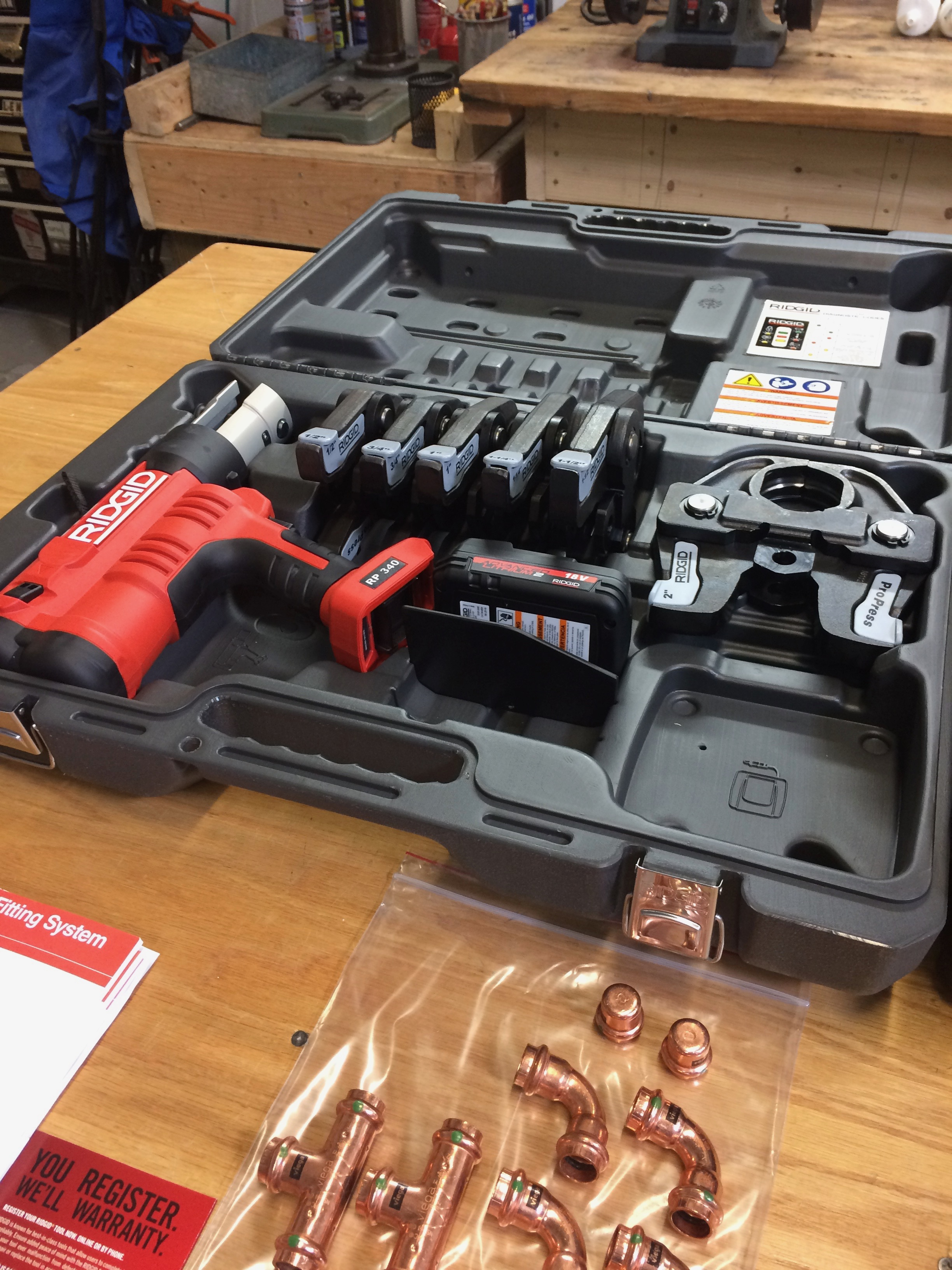 The first time I used a cordless drill was in 1985. It was a beautiful blue Makita 7.2-volt drill and I felt like I won the tool jackpot. I’d pop a 5/16-inch hex head bit in it and I’d be tearing through the handfuls of RTU screws in no time. Same for working with sheet metal, except I’d be using a 1/4-inch hex head bit instead of the 5/16-inch bit. It lacked power and the batteries drained quickly, but it was a game-changing move in the right direction.

Today, I’m putting copper pipe and copper fittings together without the aid of my torch, solder or flux. It’s so much easier and quicker than soldering and I’ve come to love the sound my Ridgid RP340 makes while pressing a joint. It’s a reassuring noise letting me know there won’t be any leaks — except for the occasional joint I forgot to press.

But that’s no big deal, either. You don’t have to drain the system or stop the water to make the connection. Just press and move on. It’s one of my favorite tools and I won’t let it go until the day I become one of the dearly departed.

My next favorite cordless tool? My Milwaukee portable band saws get the runner-up prize. I use them to cut everything. Conduit, threaded rod, strut and PVC while assembling something new; and iron pipe, electrical whips, copper and anything else that needs to get out of my way when tearing apart a boiler room.

All the cordless tools on the market are time savers and they make all our lives easier. We get things done quicker, and with the likes of press tools, we see a similar end-product regardless of who’s doing the work. Sure, the arrangement of the pipe is going to be different from tech to tech, but the appearance of the joint itself will be consistent.

Is that always good? I’m not sure it is. Soldering and brazing skills are examples of ways you can differentiate yourself from others. I know a lot of us older guys took a lot of pride in our ability to have clean, leak-free soldered and brazed joints. It will be a dying and lost art before long.

Do you see my dilemma? I love my press tools, but now all the practice and dedication to improve my skillset seems lost. Yes, I am saying that using press tools takes some of the skill out of our trade. I can’t say that’s a bad thing, though, because of the upside of pressing. There’s a lot of gray area in this world.

That’s my two cents on tools.

Let’s talk about boilers now, another technology topic that causes my brain to engage in enough mental gymnastics it makes my point of view completely unclear.

I love modulating condensing boilers. That part is crystal clear. The latter part of my career was laser-focused on offering these first when they made sense for the application. I believe in reducing our carbon footprint and this is one way we can further that cause — with turndown ratios, negative-pressure gas valves, stainless-steel heat exchangers, sophisticated controls (some better than others) and higher efficiencies when appropriately used.

You can do a lot of fun stuff with mod-cons, and they’ll make you more versatile and needed. And they’re light! Nobody is going to wreck their back wrestling with these featherweights. 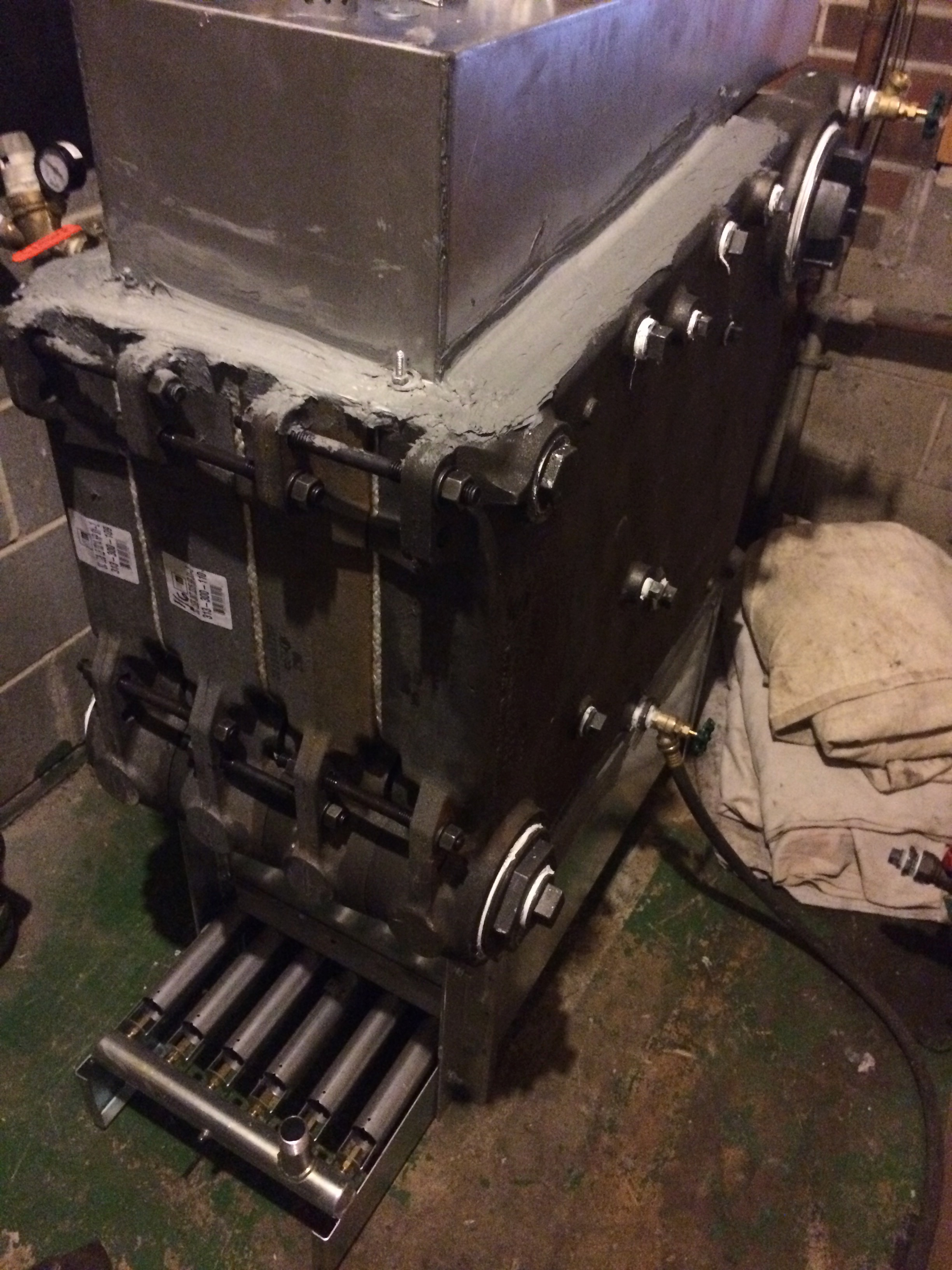 They’re not for everyone, though. If you’re not going to commit to installing them according to the manufacturer’s recommendations, commissioning them properly and performing annual maintenance — you’re doing a disservice to yourself, your customer and the industry. They require more work and upkeep and if you’re not all in, there will be problems.

Take that bit of information to the bank. They will have service problems and likely fail prematurely. It’s how bad reputations for equipment begins. We’ve seen it before, and history repeats itself if you don’t clearly understand the needs of new technology.

There’s no shame in sticking with cast-iron boilers, if that’s more in your comfort zone. They’re relatively simple and are more forgiving when maintenance is lacking. They are typically very reliable and will readily give you 20 to 30 years of service.

You are also at a much higher risk of back problems. Ask any old-timer. I’m two months removed from back surgery and I have two neck surgeries on my resume as well. If you can carry a couple of bags of groceries, you’re going to do fine carrying a modulating condensing boiler.

In 1982, I was threading 2-inch pipe with a stock, 2-inch die, cutting oil and pipe vise. I was installing strictly cast-iron boilers and connecting the flue pipe with my Milwaukee corded drill and zip screws. My jobsite music came from an old clock radio with bad reception. Remember them?

I didn’t have to program a boiler control and I was less concerned about boiler water quality. It made me strong, tough, but here I am at 60, physically broken, wishing I could still be working in the boiler rooms.

If we had the technology then that we have now, I wonder if I still would be?