Free Subscription
Home » Are You the Curious Sort?
Contractor Stories

Are You the Curious Sort?

Sometimes you need to perform a ‘part autopsy’ to get at the heart of a problem and come up with the right solution.

I am and always have been curious, especially when it comes to heating parts and equipment. It was the mid-’90s when I decided to specialize in hydronics, so I devoured every book and video I could on the subject. There was a lot to learn; taking things apart and putting them back together taught me as much as anything.

If I replaced a part that had failed and I wanted further proof of just what went wrong, I’d perform a “part autopsy” on it. I wanted to know how and why it failed. You had to pick your spots for these mad scientist procedures because there’s only so much time in a week. But for me, it was fun and educational. I’ve never denied being a heating geek.

Two years ago, we had two newly installed zone valves that appeared to have failed in a partially open position. The two associated zones were overheating, whether there was a call for heat or not. I told my tech to replace the actuators and see if it solved the problem.

It did, but it wasn’t sitting right with me. We never had a problem with these valves before, and now we have two on the same job right next to each other? Something else was going on, and I wasn’t about to let it go. I needed to know what that something was.

Back at the shop a few days later, under the glow of bench lights and a stationary 4X magnifying glass, I popped open the actuator covers and started taking a close look at everything. There it was in plain sight — two of the smallest solder balls you’ll ever see jamming up the valve mechanism. It wasn’t much, but just enough to keep them in a partially open position. I would’ve never guessed it.

We had preassembled the near-boiler piping board in the shop, so it must’ve happened while piping on the job. This little bit of research avoided an embarrassing warranty denial since it was clearly our fault. In my early years, the supply house counter guys used to tell me about all the parts they would get back with nothing wrong with them. Or worse yet, it was the tech’s fault. I guess it stuck with me. Who wants to be that guy? Not me.

How does it work?

Early in my career, on Sunday mornings — before anyone else in the house was up — I’d head over to where my company kept old equipment, waiting to be picked up by the scrappers. I had a lot to learn, so any LWCO, three-piece circulator, aquastat, Penn pilot safety valve or boiler gauge I could get my paws on was going to help in my education.

I was 21 at the time, newly married, and we lived in a single-bedroom apartment with one walk-in closet. My wife’s side of the closet has a gallery of shoes on the floor. My side? One pair of work boots, a pair of gym shoes and a complete inventory of antiquated boiler parts saved from the scrap heap.

If my dirty rotten boss was going to send me out to replace a coupler and motor mounts on a Bell & Gossett Series 100 pump without first showing me how to do it, I was going to practice on my own time. Some may think I was a fool for doing it on my own dime. Thing is, I was investing in myself as much as I was the company I worked for at the time. Improving your game is an inside job.

When I got older and had a shop and a garage, I went as far as adding disconnect switches with test leads on my bench used exclusively for testing (see Figure 1). I could test and check almost anything that was 24 volts, 120 volts or 230 volts, as long as it didn’t exceed the ampacity of the circuit and its overload protection. 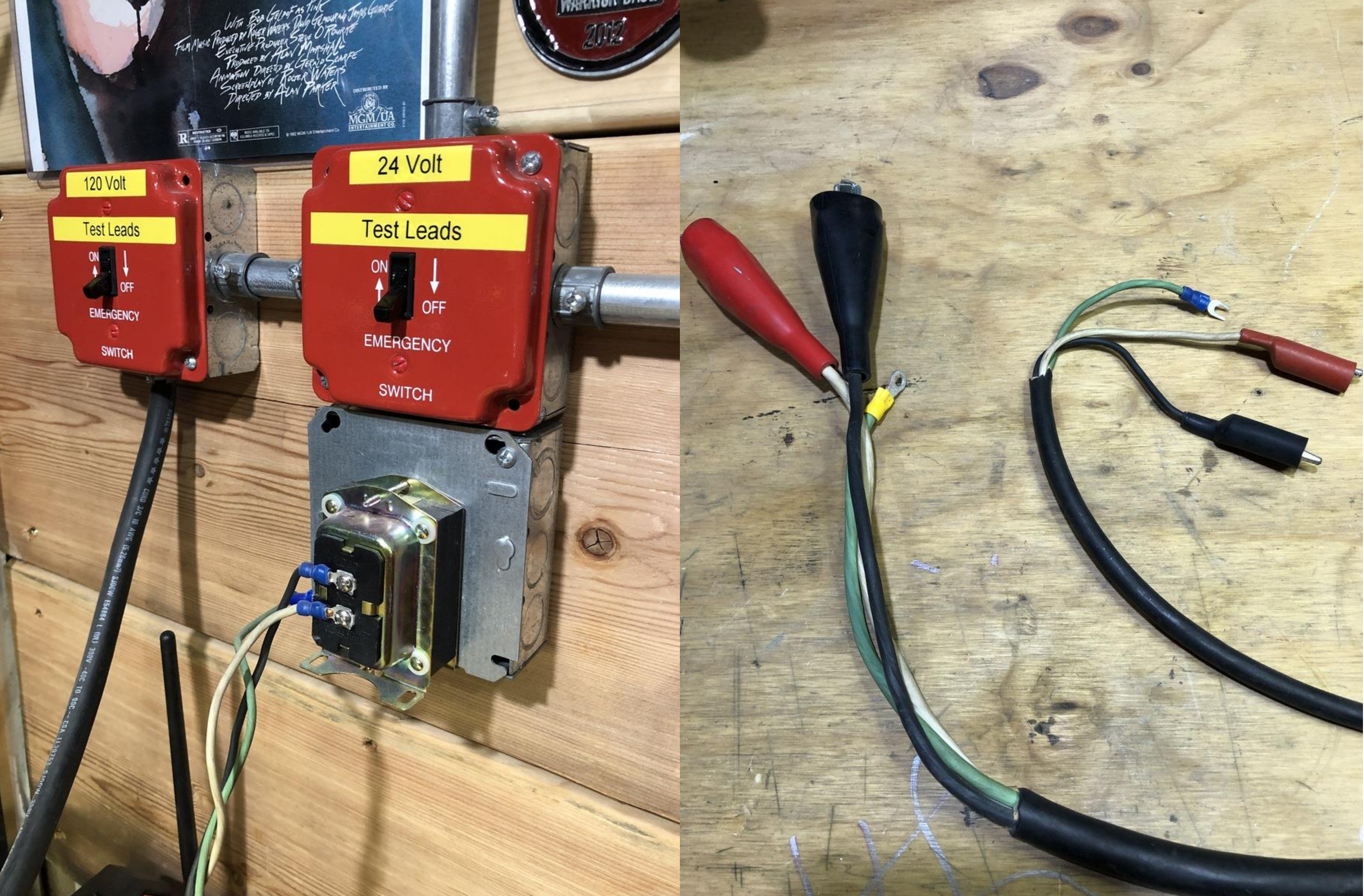 You learn a lot of fascinating things, too. Plus, let’s face it, it’s cool. Clipping a couple of alligator clips on a motor, gas valve, zone valve or hot surface ignitor, and seeing and hearing them live or die is entertainment for me. It’s even more entertaining when you see a valve start to open, then slow up, make some noise, and finally continue or flat out die — just to find a loose wire or a poorly soldered connection.

Tearing down circulators can be the most telling — worn impellers, damaged bearings and the overall abuse we put these things through. Water quality is more important now than ever before with the popularity of modulating condensing boilers. For further information on this, please read the 18th edition of idronics found on Caleffi’s website. The worst cases I’ve seen are on glycol systems where the water/glycol mixture has never been suitably maintained — or ever. Nothing screeches and screams trouble like this.

Figure 2 shows a functioning pump, but I’d never call it fully functioning. I’m not even sure why I unbolted it. It was a typical maintenance call. Maybe it was just curiosity? I’m glad I did, though. Once the owner saw it, he was all in on replacing it, cleaning the system, adding a conditioner and refilling with a fresh 40 percent glycol/water mixture. 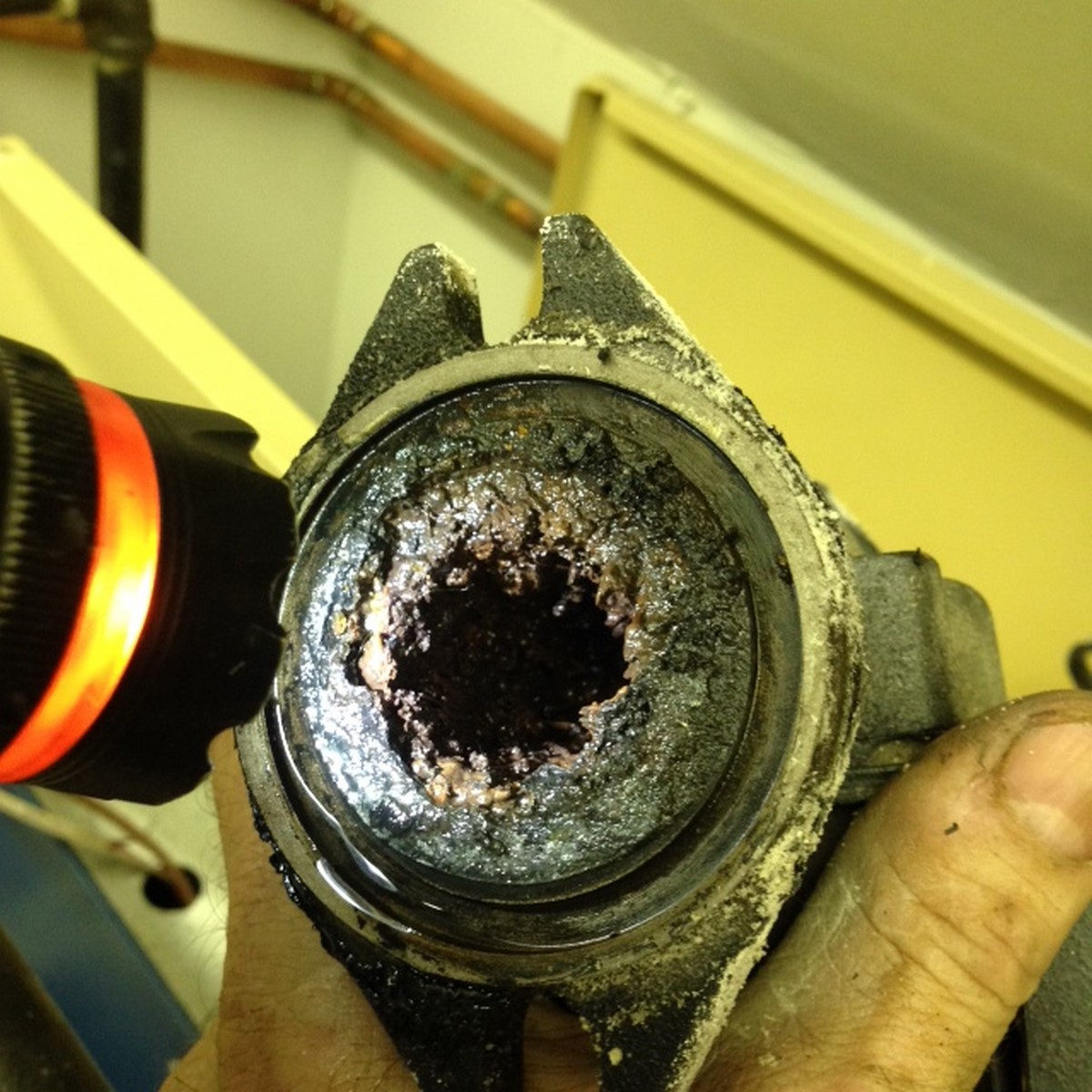 Here’s another example of why it’s important to be inquisitive. We had finished a simple cast-iron boiler replacement in a brick bungalow in Chicago. The house was in the middle of a gut rehab; a week later, we get a call for no heat. The owner says the boiler stopped working for no reason and there was no display on the control.

I send a guy down there with a new control in hand, just in case. Sure enough, the control was toast. But why? Turns out, the demo crew just started tearing out plaster and wire mesh and everything else that got in their way without bothering to turn the power off. Well, they pulled the thermostat wire out with the wall and shorted it to the mesh and armored cable inside the wall. We pulled new thermostat wire and installed a new thermostat and control. All’s good, right?

Not so much. The owner says it should be covered under warranty because the boiler is only a week old.

Well, I like to think I’m a reasonable guy, and a reasonable guy doesn’t leave money on the table when hundreds of dollars’ worth of time and labor are on the table. Take pictures and don’t be afraid to pop open a part to prove your point. We took photos of the Beckett control, the digital thermostat and the exact spot where the wire got cooked by his reckless crew (see Figure 3). Once I showed him all the pictures, he cut me a check on the spot. 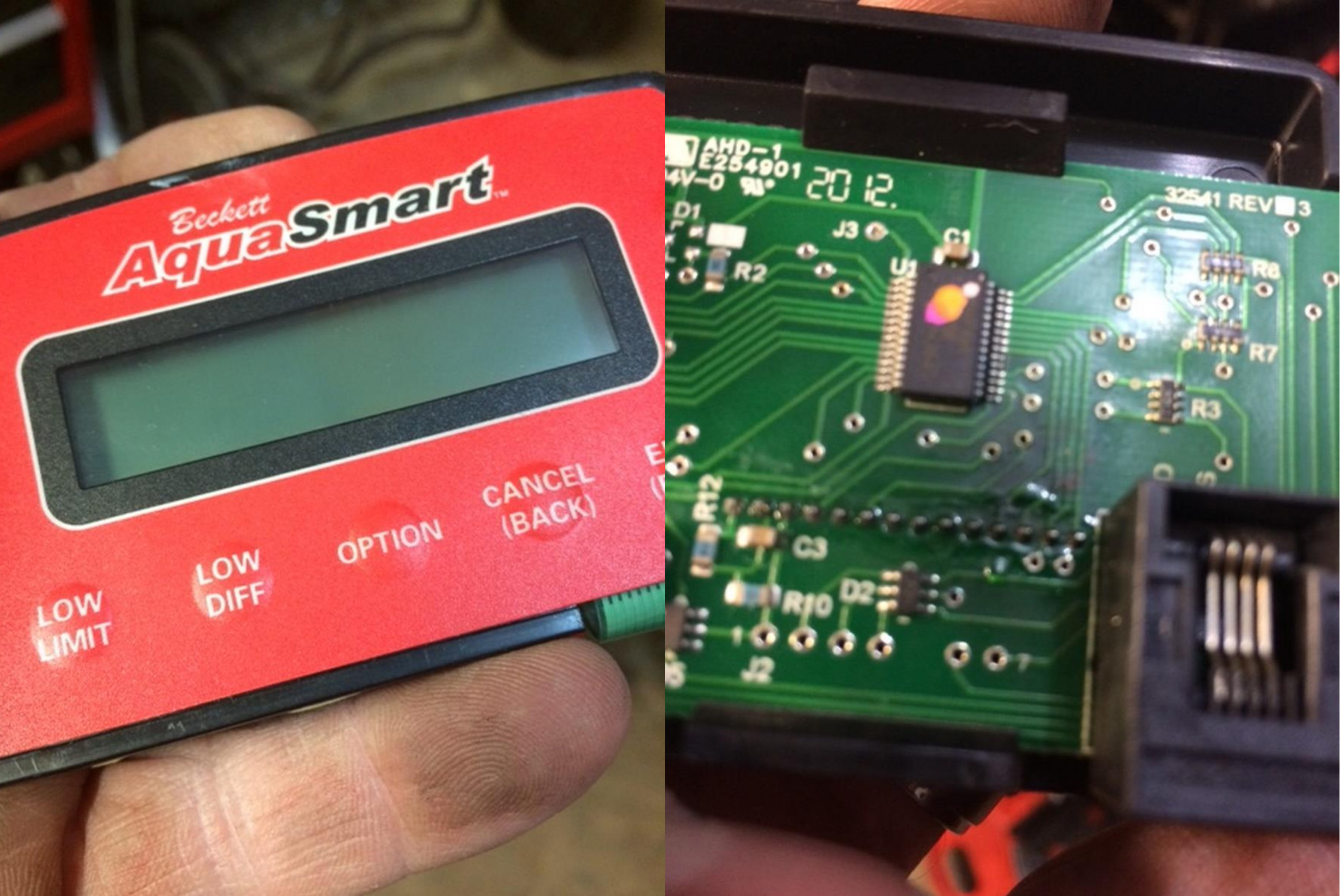 Is there a limit to my curiosity? Not really, other than the limitations of time that we all face. My three daughters are long into their careers with kids of their own and I’m inching closer to retirement, so I have plenty of time to knock around in my shop at home.

A couple of years ago, we replaced an air handler on a Unico high-velocity air-conditioning system and Trane outdoor condensing unit. The system was installed in the fall of 1989 and still operating fairly well, despite its inefficiency; 8 SEER if I’m not mistaken. I’ve heard these bad boys are hard to stop and I’ve always been a sucker for cutaways, so my next step was as clear as this old system’s sight glass.

Did I learn much here? Not really, but that’s the way it goes sometimes. The inside of this tin can smelled clean, and the windings looked as if they had years left in them (see Figures 4 and 5). Next time I get my hands on a Trane Climatuff compressor, I’m going to cut lower on the can to where the real mechanical stuff resides.

That’s what curiosity is all about, digging in and seeing what makes these things work, parts and equipment we repair every day. It’s fun and you’re likely going to learn something from it. What’s not to like about it?