What does it mean for HVAC contractors?

In 1990, starting out as an HVAC contractor specializing in geothermal heating and cooling, I was interviewed on a home improvement show in Tampa. I had completed several residential and commercial projects, and the technology seemed to be catching on.

The host asked me what I thought the future held for geothermal technologies, and I had an answer handy. I explained that much like the neighborhood and city infrastructure that provided municipal water, sewer, electric and communications, the HVAC systems could be part of that in the form of geothermal condenser water pipelines, similar to a water main. Each home would tap into the geothermal main and either extract or reject energy hydronically. This would eliminate the up-front cost of one-by-one geothermal loop installs, outside condensers and premature wear and tear on HVAC equipment.

In my mind, this was a solution that solved a myriad of concerns at the same time. It made as much sense to me as the promise I had heard in grade school during the early 1970s. Our public school teachers told us that U.S. citizens would be using nearly 100 percent solar power, electric cars, and we were converting nationwide to the metric system. It’s now 40+ years later, and, albeit a little more slowly than I had hoped, we have seen some good movement in solar energy and electric cars. However, I don’t think that we are changing over to the metric system any time soon. 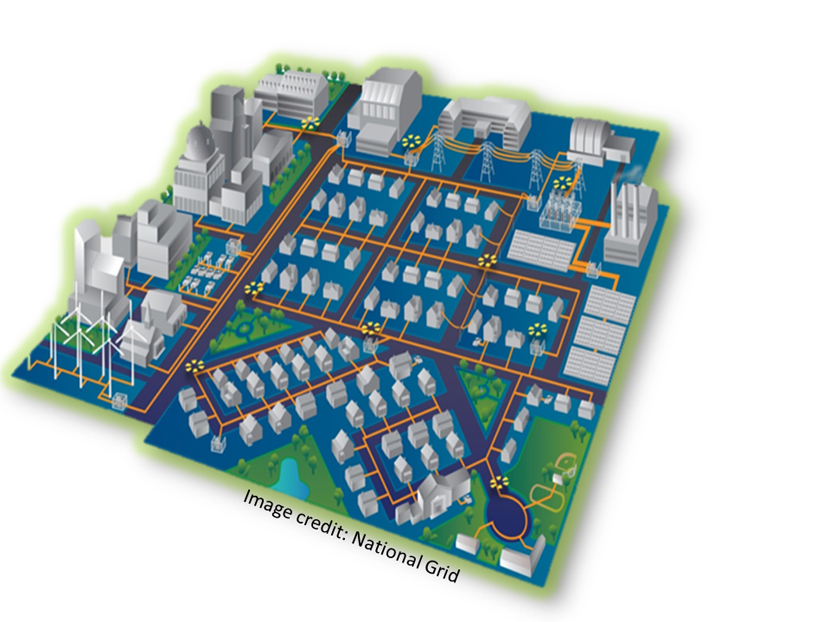 Though there are numerous communities that have adopted 100 percent ground-sourced HVAC systems, a few of them have also invested into a utility structure. Community wide geothermal HVAC systems are becoming more common. What types of systems are going in, and what does this mean for contractors?

The Pinewood Forrest Development outside Atlanta is a beautiful mixed use development boasting some rather trendy features and situated across the street from the Pinewood Atlanta Studios. They’ve even created this wonderful geothermal video. The UK-based sister company produced the Harry Potter movies. Chick-fil-A’s CEO, Dan Cathy partnered with Pinewood UK to create the second largest studio in the U.S. This one is definitely going to be a lot of fun.

In Texas, the Whisper Valley community occupies 2000 acres of beautiful mixed-use features that will eventually be home to thousands of families and will have a community geothermal loop structure. Don Penn, design engineer for hundreds of geothermal systems in public schools, etc., has created a unique and unprecedented infrastructure design that employs thermal advantage to share energy between buildings and uses cost saving peak-load features.

What about all of the existing communities that don’t have geothermal infrastructure? Will they be left out, or will they need to install “one-off” systems? The jury is still out on that, but there are some very good things happening. 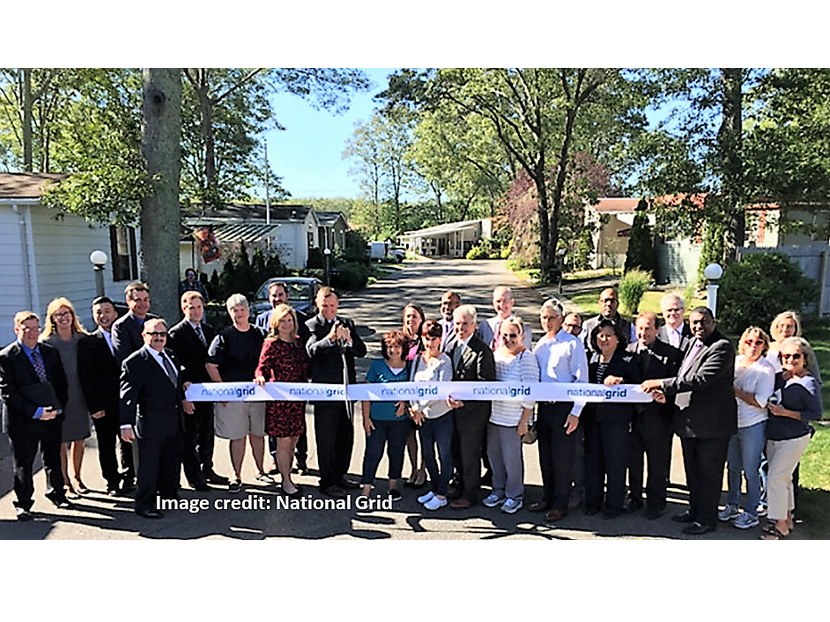 National Grid is both an electric and a Natural Gas (NG) supplier. They have noted that some communities where NG is not currently piped would be better served with a geothermal solution.  National Grid installs the loops, and charges a utility fee for connection. They are using the same type of pipe (HDPE) as for NG distribution, but with geothermal, there are no consumables. The pipe is supplying renewable solar energy instead of NG, and eliminating the GHG emissions associated with combustion heating. This is a sure win for those areas not served by NG, and it will eventually be a solution for NG communities as carbon taxes begin to affect their household budgets, something sure to come as New York gets tougher on GHG emissions goals. That makes geothermal the inevitable solution to combustion heating.

NYSERDA is administering a $15 million program to “spur” geothermal heat pump (GHP) usage. I emphasized “spur,” because that’s what it is. If you look further into the plan, NYSERDA is investing in research and development projects, workforce development, and a top-down approach to government and large commercial geothermal applications.

Closer to home, NYSERDA is sponsoring professional development and community outreach. There are plans to fill libraries, churches and community centers with consumers ready to sign up for something that will help reduce their energy bills and reduce GHG emissions. NYSERDA has plans to encourage the retrofits for entire communities. They intend to convert several communities each year for the next five years. They are supervising the efforts of competent and proven engineers and contractors that will install these systems.

Google's new Bay View Campus, under construction outside San Francisco is being built on geothermal structural piles. It’s no mystery why earlier this year, the Alphabet X (formerly Google) geothermal spinout, “Dandelion Energy” hit the streets of New York. This is remarkable validation for a geothermal heating and cooling as a growth industry.

Like Whisper Valley in Austin and Pinewood Forrest in Atlanta, New York wants to see geothermal heating and cooling systems take hold in a large way. NYSERDA’s plans to see this go into several existing communities each year is an exciting prospect.

The time is now to become educated on geothermal heating and cooling systems. Go online to the International Ground source Heat Pump Association (IGSHPA) and find out more. Visit https://igshpa.org.