From paper to digital turnover packages

Switching to digital turnover packages is better for you and the customer.

“If a picture is worth a thousand words, a marked-up PDF is worth 10,000,” says Mark Henry, a senior field engineer with McCarl’s Inc. of Beaver Falls, Pennsylvania. Founded in 1946, McCarl’s is an industrial contractor and fabricator specializing in serving the steel, chemical, manufacturing and oil and gas industries. Originally a plumbing and heating company, the company has evolved over the years to meet ever-changing industry demands and stay at the forefront of industrial contracting.

In recent years, McCarl’s began serving more energy clients, providing construction and fabrication services for projects like natural gas fractionation plants and compressor stations throughout the Ohio Valley. In 2013, the company was awarded a contract to build a fractionation plant for a mid-stream oil and gas company in Hopedale, Ohio. One of the requirements of this contract was to provide a digital turnover package at the end of the job. McCarl’s suddenly found itself needing to adapt once more to comply with this request. 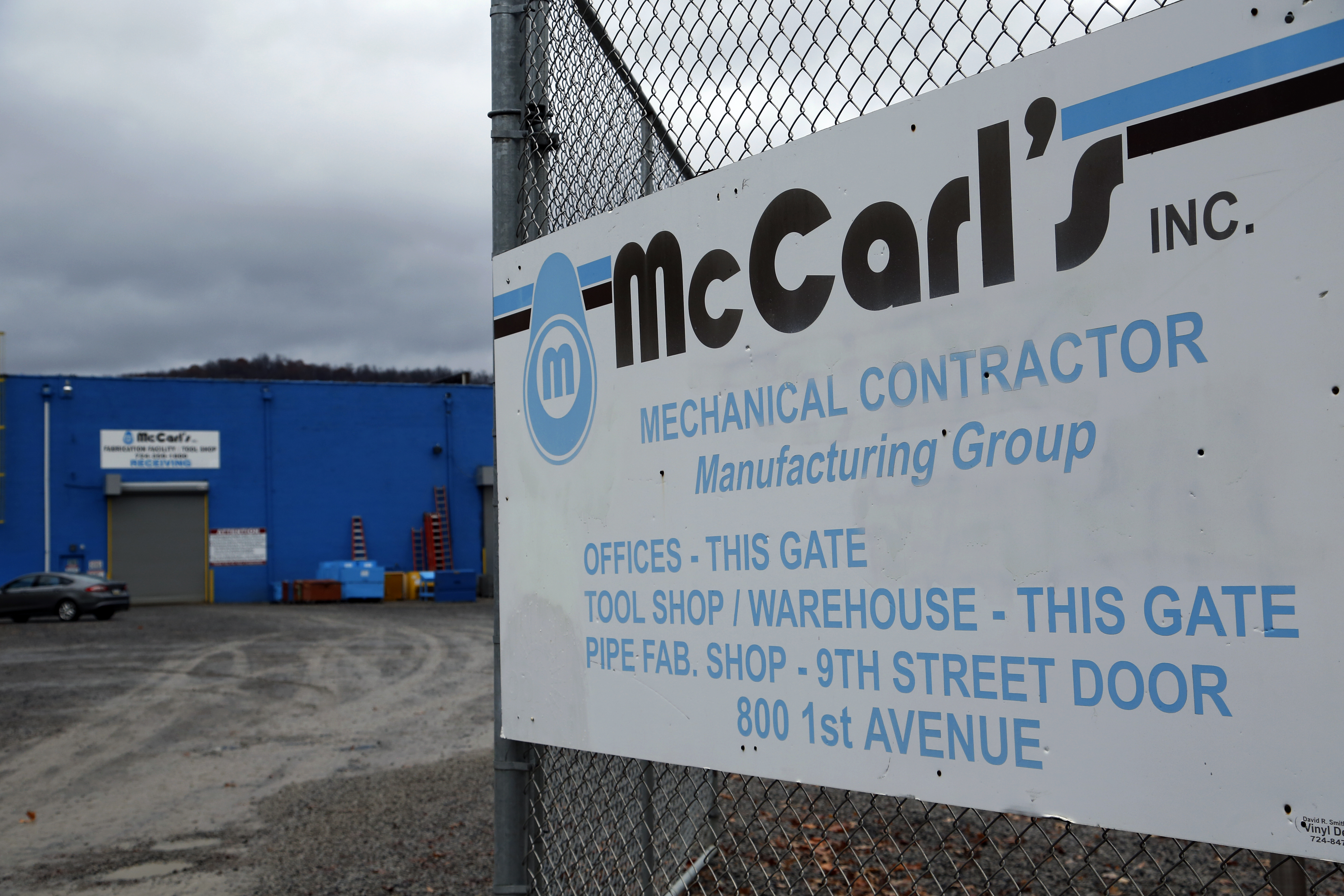 Adapting to the needs of a changing industry

With the general demand for digital turnover packages increasing, McCarl’s realized it needed to adapt its processes to meet the needs of its customers or risk falling behind. No strangers to change, it dove in and sought a solution to go digital. That’s where Bluebeam Revu, a PDF creation, markup, editing and collaboration solution, came in to play.

Construction Manager Bruce Bennett explains, “We were working with an engineering company based in Salt Lake that introduced us to Revu as a way to accomplish these requests. So we started using it, and were amazed by what we could do. We’ve become much more efficient in our ability to provide owners with the required documentation for all the jobs we’ve performed.”

Turnover packages, a critical aspect of quality control, include the precise details of every piece of equipment and material that gets installed during the job, such as pipes, fittings and flanges, as well as the Certified Mill Test Reports, or CMTRs, which record the chemical and physical properties of all the materials used. Turnover packages also document and track every step of the installation process, including all the procedures, serial numbers, heat numbers, calibrations and welds made. Every detail, from the serial number of a torque wrench used to tighten a flange to who tightened it, needs to be included in the documentation. 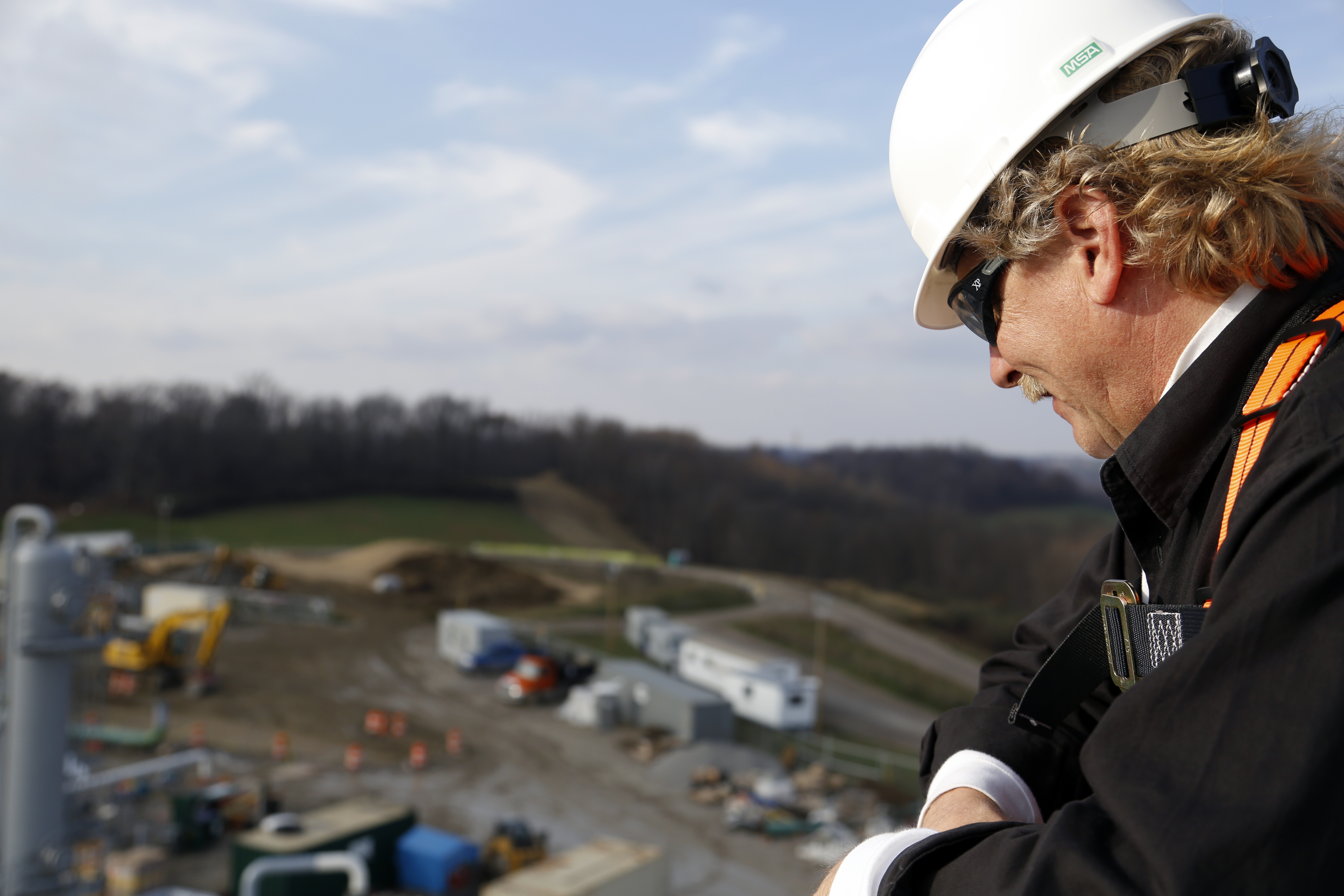 In the interest of accountability, Henry knows it’s crucial to keep detailed records for the company's turnover packages. He explains, “These are very volatile substances running through the pipe. Our customers need to know that these are quality parts, installed in a professional way, to help ensure that nothing is going to come back and create an issue later. We have to create a QC turnover package so they can track the installation and construction of their facilities, so that if anything does happen, they can mitigate the problem before it becomes an even bigger one.”

For one of its latest projects, a compressor station for a mid-stream oil and gas company, McCarl’s has been leveraging Revu throughout the entire project, starting at the jobsite where Henry surveys the existing site conditions and lays out the piping design. Once the engineers are happy with the layout, isometric drawings, or ISOs, are created. Henry then exports the ISOs to PDF and marks them up with comments and instructions using custom tool sets in Revu that he saves in the Tool Chest. He even uses Revu on occasion to create quick ISOs by using a snapshot of isometric paper as a template and drawing it out with the Revu Snap to Content function on.

“If it’s something I have to get done fast, I’ll use Revu,” Henry says. He also uses 3D PDFs of the model to give a clearer picture to the fabrication shop.

Henry sends these documents on to McCarl’s fabrication shop in Beaver Falls, where Fabrication Draftsman Jim Cummings prepares them for production. Cummings creates a digital dashboard in Revu with links to all of the files in the job set to make it easier for everyone to find and get into the files. He also has his own custom tool set, which he shares with everyone on his team so they can add their fabrication markups, including weld numbers, heat numbers, spool numbers and any other important information the pipe workers in the shop would need to know.
Here’s how McCarl’s uses some other tools in Revu to prepare drawings for fabrication:

Having previously done all of this by hand, Cummings feels that one of the biggest benefits he’s seen from going digital with Revu is greater peace of mind.

“The biggest thing with Revu is we’re able to track material from beginning to end. I don’t have to worry about where I am within the job, and I know that I’ve caught everything the customer wants,” Cummings says.

Cummings continues, “From the time the pipes come in, to the time the spool goes out on the truck, we’ve got everything tracked and accounted for. And Revu has enabled us to keep it all in just one folder instead of stuffed into four reams of paper.” He’s also been able to hand off more work to other draftsmen in the shop, meaning they can turn out a higher volume of drawings more quickly and keep them flowing up to the shop.

As the piping gets fabricated, it’s delivered to the jobsite, along with Cummings’ marked up drawings to use as instructions for the installation. On site, Henry will oversee the installation, again using a digital dashboard set up in Revu to keep track of all project documents. Having first been introduced to the concept while attending the Bluebeam eXtreme Conference, Henry couldn’t wait to start using dashboards on the job.

“It’s such a game changer. It allows someone who may not be as tech-savvy to easily navigate the documents and take them exactly where they need to go,” he says.

Henry also uses the Batch Link tool on their P&IDs for linking to any ISO references. “This is probably my favorite function in Bluebeam. The fact that I can create a hyperlink from any place an ISO is mentioned ... it’s fantastic. There are no limits to what we can do with batch hyperlinking,” he says.

When McCarl’s gets to the testing portion of the job, Henry will mark up the P&IDs using the Line Tool to highlight the different line pressures that need to be tested, making it easier for the workers to know which line gets tested and at which pressure. Once the job is completed, every piece of information collected along the way is packaged and delivered to the client as a PDF.

One of the main reasons more oil and gas customers are requiring digital turnover packages is not just to save paper; it’s also because they’re searchable. Imagine trying to look for every instance of a specific heat number in a file with hundreds of sheets of paper. Having a digital copy with links to every related file that can easily be searched makes every piece of information easily accessible with just the click of a button.
Cummings recalls, “A guy once told me he can use a red pencil and green template to make a markup just as fast as I do in Revu. I said ‘Sure you can, go ahead.’ So he did, and I took his marked up isometric drawing, and I stuck it in a stack of 200 other drawings and said, ‘Now find it.’”
But going digital hasn’t just benefited McCarl’s customers. Although initially required to change the way it did business, the advantages of doing so were soon obvious. 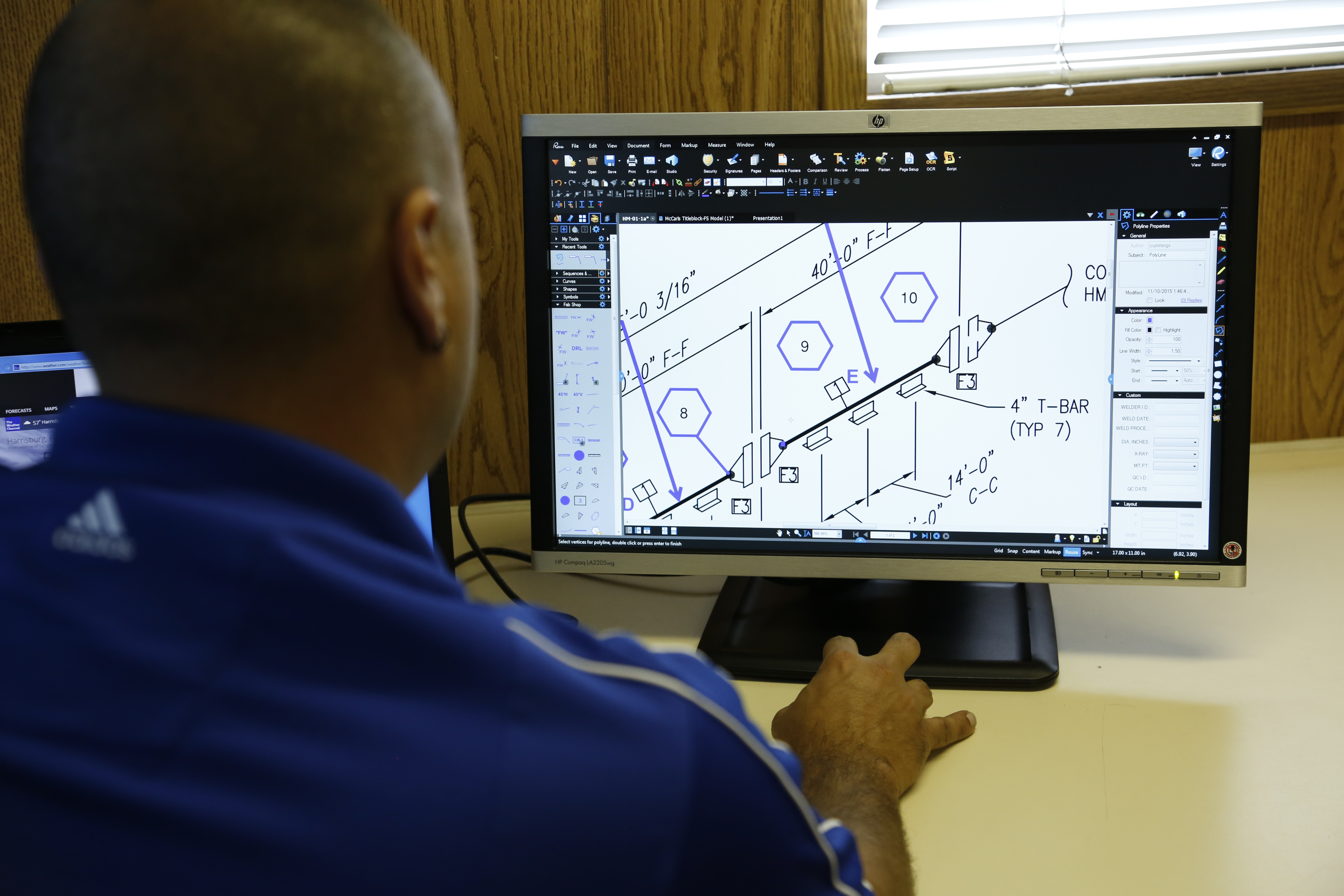 “We started with Revu in the QC department because it was a requirement of our customers. Since then, it has permeated into our company and has become ubiquitous to the cause of becoming more efficient. We use it everywhere: we use it in fabrication, design, engineering, document control, estimating — everywhere. Revu is the duct tape that we apply to almost every problem,” Henry says.

Bennett adds, “Since we started using Revu, I think we’re at the forefront of our competition. We bring it to the table and use it as a marketing tool. Being able to show our customers what we do with it has separated us from the competition.”

Despite the advantages, McCarl’s isn’t one to keep a secret. “I would like to see all contractors in oil and gas, and construction in general, use Revu,” Henry says. “A rising tide raises all ships. But until they do, the fact that we use Bluebeam Revu gives us an advantage, because it makes us more efficient, faster and more accurate.”

Learn more about how Bluebeam Revu can help oil and gas workflows at www.bluebeam.com/us/solutions/oil-and-gas.asp.

From paper to digital turnover packages