Then, there’s this feature: Adam Wallenstein, 36, and Michael Wallenstein, 33, two brothers who recently earned a regional Entrepreneur of the Year Award from accounting firm, Ernest & Young, for running Neptune Plumbing, Bedford Heights, Ohio, founded by their grandparents 62 years ago.

Granted, Neptune’s two co-presidents didn’t earn the honors for simply running the business as they found it.

“This is an industry that hasn’t changed in many decades,” Adam admits. “And being able to have an innovative mindset and bring technology to a whole new level to this industry is something, I think, that will bring us to new heights.”

The Wallensteins say that a key factor in winning the award was their startup of Neptune’s 24-hour-per-day, seven-days-per-week service division.

“It wasn’t enough to take what we had and just manage that,” Adam adds. “What the judges were impressed with was our growth since Michael and I became involved in the company, how we’ve adapted to the economy and, in particular, and how we’ve diversified and expanded the company to continue our relationships with customers through our 24/7 service division.”

While new construction, which largely built the company since its original 1957 “startup” remains a large part of current activities, its new service division is key to its future.

“What differentiates us,” Adam explains, “is that we can provide service throughout the lifecycle of a building. We’re one of the few mechanical contractors in this area that can provide full service from design stage to prefab to construction and on to the maintenance and service required for the building afterward.”

Put simply, Michael says, “Our goal is to have a wrench in every building.” 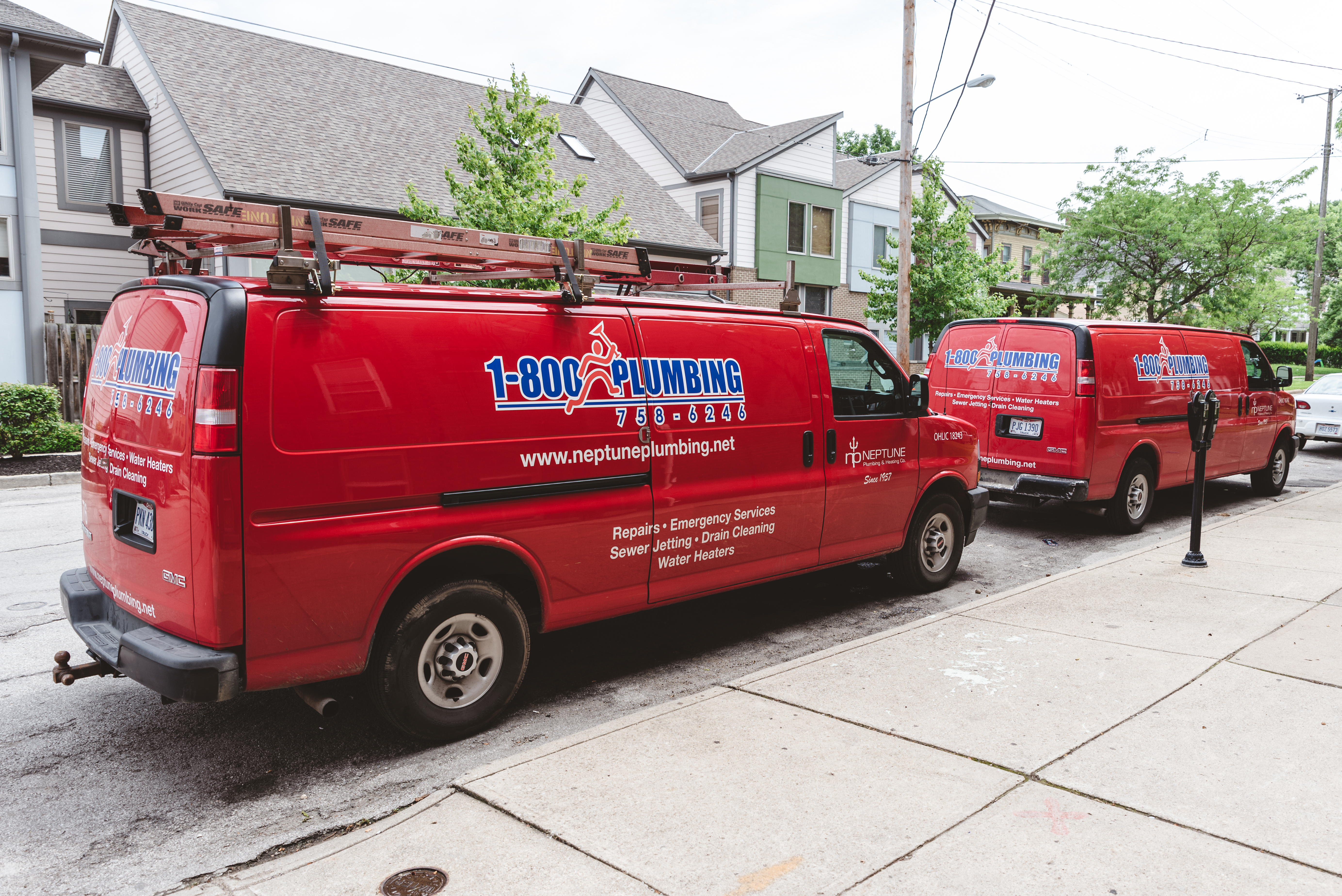 While an entrepreneurial award may set the two apart, the rest of their multigenerational family history will sound very familiar to plenty of other PHCPPros readers.

“The warehouse was our day care,” Adam jokes.

Adds Michael: “From the time I could crawl, I think I was probably putting things away in the warehouse.”

The brothers’ grandfather and grandmother, Sanford and Corinne Wallenstein, started the business in their basement after getting inspiration from a relative in the plumbing business in Florida who encouraged them to do the same in Cleveland. (The company gets its name from an old Miami Beach hotel named after the mythological ruler of the world’s waters.)

Originally, the business built its fortunes on new residential construction. Later, Adam and Michael’s father, Scott Wallenstein, took over the operation in 1982 and moved on into new commercial/industrial construction.

Adam came back to Neptune in 2008. Michael went on to form a business in Colorado that helped building owners save energy and costs before selling it to move back to home base in 2010. (Both were named co-presidents of the company in 2017. Their father remains as CEO.)

After returning, the brothers brought up their idea of creating a service division for Neptune.

“Beforehand, we were building the building and heading to the next jobsite,” Adam says. “But we felt that since we designed, prefabbed and installed for our customers, we should form a service division to continue that relationship to offer full-time service, too.”

Michael says local plumbing companies who can provide all of these services are few and far between.

“That’s when we saw that we could have a startup business within an established family business,” he adds.

Their father was more than happy to green light the new venture and let his sons spearhead the project.

Besides the entrepreneurship shown in launching the service division, the brothers have also elevated Neptune with the addition of new technology to better service their customers.

Over the past five years or so, for example, a comprehensive construction software package ties all aspects of the company’s operations together.

“Dispatchers can communicate directly with techs,” Adam says, “providing them with all the necessary information promptly and accurately.”

In the background, a live inventory-tracking feature anticipates product-restocking needs and ensures that all the company’s vehicles are ready to handle the days’ jobs.

Also, service supervisors have what they need thanks to GPS to coordinate client needs thanks to a live visual of every current job status as well as the where-abouts of each of the company’s plumbing techs.

“The use of tech certainly doesn’t end once we’re on the job,” Adam says. “We’ve equipped each of our techs with a tablet, which they use to send and receive job details remotely, create new work orders while onsite, access job history and review blueprints.”

Customers are also able to use their own devices to access manufacturer product catalogs for faster selection of fixtures, analyze and sign work orders onsite, and quickly receive work orders and invoices via email for review.

“The abundance of capabilities in these small devices expedites the entire process, increasing job accuracy and decreasing costs,” Adam explains. “Every single piece of tech we’ve implemented allows us to be more efficient, reducing costs – a savings which is then relayed to our customers.”

Currently, Neptune performs commercial, industrial and institutional plumbing work and employs about 100 people. Neptune employs in-house designers who design what is needed for the company’s clients, and a pre-fabrication division that efficiently ties together plumbing products and systems their clients need to get up and running as quickly as possible.

“Service and our prefab division are around half of the business,” Michael says, “with the rest from our construction legacy. Service, however, is a recurring piece of revenue, and it’s a little more recession-proof. If people aren’t building, at least they’re maintaining. That’s our game plan, not only to hopefully be able to maintain the company in economic downturn, but also to be able to grow and flourish during those times as well.”