The demand for skilled labor in America has never been higher. Employers are struggling to fill a record 6.7 million new job openings. In the construction industry specifically, 78 percent of firms plan to expand their headcount in 2019, although 70 percent admit that they are having trouble finding qualified workers.

Trade schools are frequently touted as a solution to the growing labor gap. A trade school is a technical program that teaches skills related to a specific job. With shorter programs, smaller classes, and abundant hands-on training, trade schools often lead to well-paying jobs like electricians, construction workers, and nursing assistants.

Despite this, there has been a gradual decline over the past few years in students enrolling in occupational education programs, trade schools, and apprenticeships. IBISWorld predicts a decrease in demand for trade school courses and education.

To find out how young Americans feel about trade schools, BigRentz surveyed 3,000 people on trade school advantages. Major takeaways include the following: 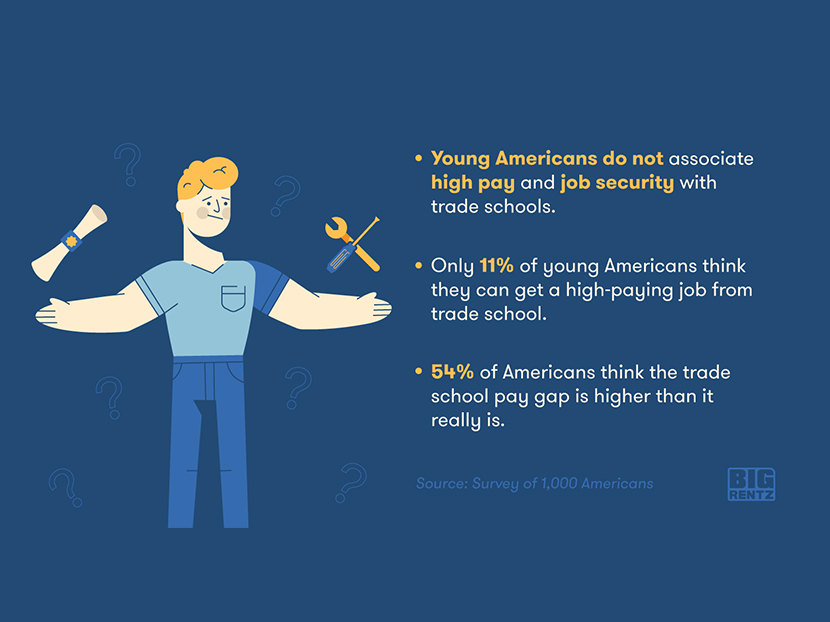 Read on to learn more about what students know about trade schools.

We first tested participants aged 18-24 on the advantages of trade school over a four-year college, giving them the ability to select more than one option. Here were the results: 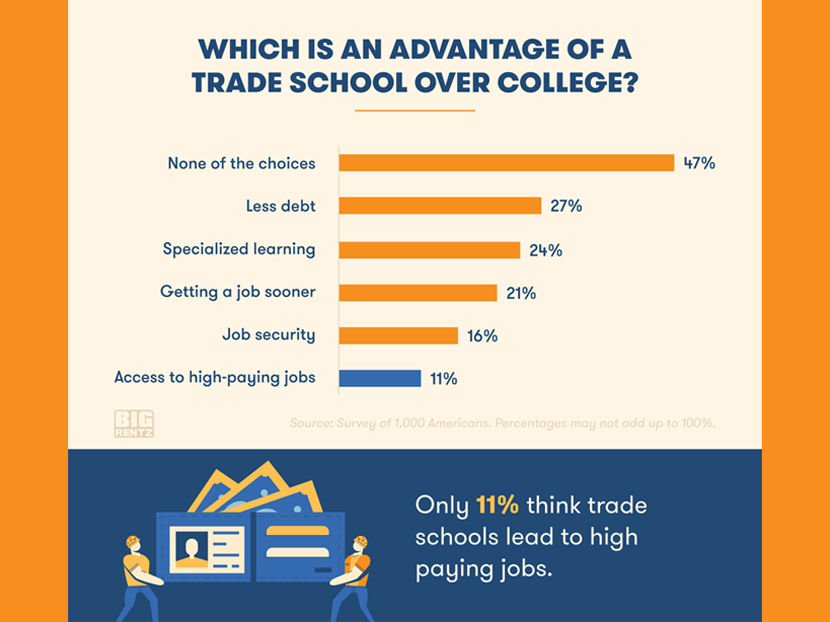 While it seems that young Americans were somewhat aware of the specialized learning opportunities and lower student debt, fewer saw job security and job opportunities as advantages. Only 11 percent thought that trade schools can lead to high-paying jobs.

Instead, 43 percent of Americans selected none of the above as an advantage. While this could mean that young Americans thought of an alternative advantage for trade schools, it could also suggest that they don’t associate crucial factors like job security and well-paid jobs with technical education. 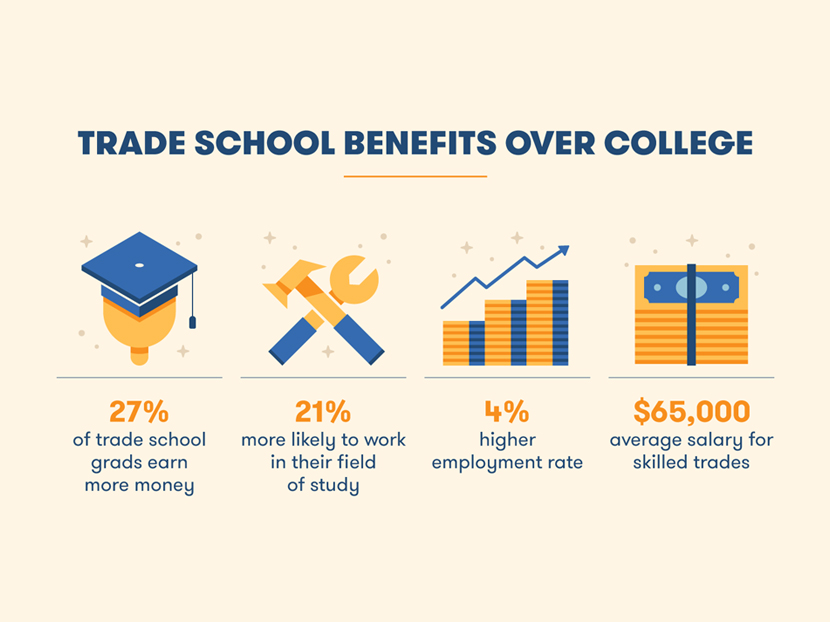 Trade schools offer a number of compelling advantages. Some programs take only six weeks to complete, while longer programs take up to two years. This is significantly shorter than a college program, which often requires four years. The average cost of a trade school education is $33,000 compared to a four-year college’s average $127,000 cost. On top of this, the debt accrued from a four-year college is on average three times the debt from a trade school.

Lesser-known advantages that we see in our survey are pay potential and job possibilities.

Contrary to belief, trade schools provide access to high-paying jobs, such as a landscape designer ($63,000/year) and construction manager ($89,000/year). As opposed to a bachelor’s degree, a trade school certification often guarantees a job in the industry due to the specialized learning, direct skills, and the growing demand for skilled labor. According to the Georgetown Center on Education and the Workforce, about 30 million jobs that pay an average of $55,000 per year do not require a bachelor’s degree.

Job security is another advantage, as most jobs obtained through a technical certificate — like carpentry and electrical — are difficult to export to another country. In addition, the aging population of skilled trade workers means more opportunities for young people to enter the field.

This blog originally appeared on www.bigrentz.com. Follow this link to continue reading.