Management in any form has to be done correctly or the consequences are grim.

Throughout the PVF industry, be it speaking engagements or conferences, I am often asked:  “What the hell is going on in Chicago?” Perhaps a column read nationally should not be centered around any specific city, let alone the author’s. However, it is conceivable that an exception is justified when there is a lesson to be learned. Fundamentally, this is a lesson in the absence of leadership, a lesson in what not to do!

Most people love their kid brothers. As the older sibling, you think they were brought into the world for your own entertainment. Thus, let the harassment begin, be it the obligatory wet willy or the right of passage wedgie. However, on the playground when somebody other than you attempts such, your protective instinct kicks in…“hey, that’s my brother.”

The same applies to your hometown, as most are proud of where they grew up. A homegrown local can criticize, but pity the outsider that attempts such. We Chicago people are both a proud and defensive lot. As portrayed in the writings of Upton Sinclair, Studs Terkel, and chronicled in the daily columns of Mike Royco, we are indeed scrappers. We were proud to have overcome the Capone connection that for years defined our international brand. Unfortunately, today it is the ubiquitous crime, murder and corruption that seem to define us with, perhaps worst of all, no end in sight. It is useless to attempt a defensive stance.  Our problems are big, they are visible, and they are perhaps beyond the tipping point of “righting the ship.” Our problems are not only in our city, but extend to our county and to our state, which recently went two years without a budget. The dysfunction of our so-called leadership has us on financial life support, as our state sits on the eve of a junk bond rating.

Leaders need to lead! As written in my chapter of the book Lenses of Leadership, B. Nick 2014 excerpted in a previous Wholesaler article, I wrote “when given the opportunity to lead, by all means, do so.” In business, is there an owner, CEO or manager who does not have safety front and center? A mandate to keep people safe and get them home in the same condition that they arrived? Is not safety the one obligation that even trumps profitability? By my reckoning, a mayor is the CEO of a city. Consider Chicago’s first-half of 2017, where we have posted another 2,189 shootings and 382 murders! Note: that is for only six months, thus, it is only half-time. Remember, the definition of insanity is doing the same thing over and over, expecting a different outcome.

Consider for a moment our five-year track record: 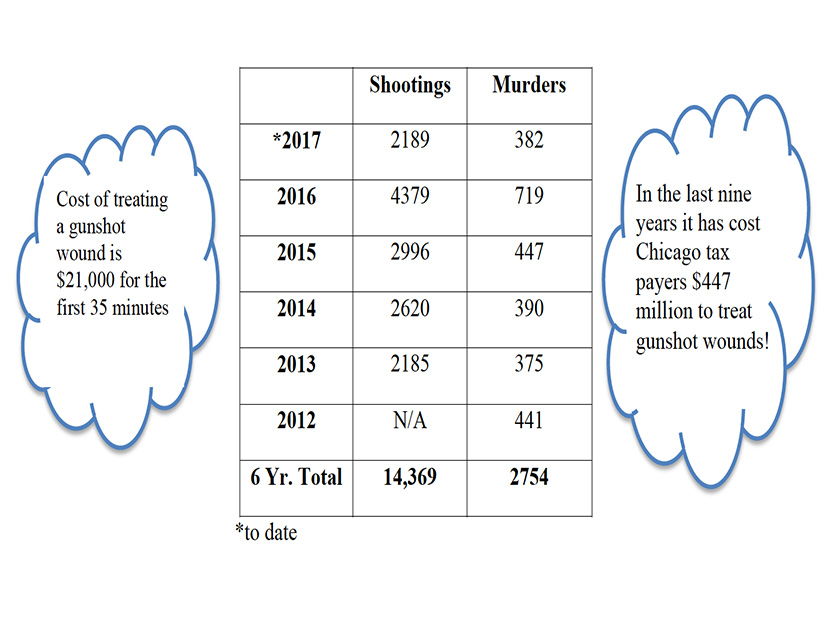 In Chicago, currently, a person is shot every 2 hours, 19 minutes. A person is murdered every 12 hours, 18 minutes. I mean come on now, wouldn’t you eventually run out of people to shoot? Apparently not yet. Of course, this is not acceptable, but even more egregious is that it is not being appropriately addressed. For starters, where is the National Guard? Shootings and murders in our city have become so routine that they have almost become sport. Since when is a murder or shooting entertainment? Please view the website: Hey Jackass Chicago.

Of particular frustration, the lack of outrage suggests that immunity has set in. These shootings and murders are no longer internet or cable headline grabbers. It’s as if this is expected…the “accepted price” of a big city. To this, I cry BS! Crime historically segmented to “those neighborhoods,” (and in my book not acceptable in “those” or any other neighborhoods) is migrating to neighborhoods previously immune. As a numbers guy, I am not a fan of the police superintendent; the numbers fail to validate any success whatsoever. However, the superintendent recently did frame his mission in a most impressive manner: “85 percent of those so called victims, in this city, have consciously chosen a lifestyle with full awareness of the probable consequences; my job is to protect the 15 percent that didn’t!” I like that, as it is profound, but have to ask: When does that protection commence? 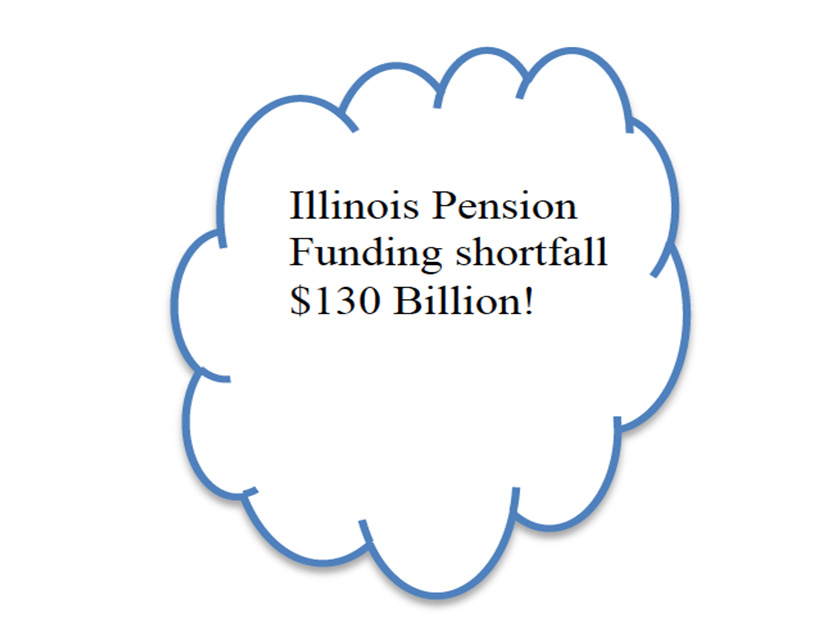 The fiscal abyss that defines Illinois teeters on the brink of being the first state in our nation to achieve junk bond status. A state, with the override of a gubernatorial veto, just passed its first budget in over two years…a budget that includes a 32 percent increase in state income tax from 3.75 percent to 4.9 percent. The state budget also includes a devastating corporate tax increase of 33 percent, from 5.2 percent to 7 percent, rendering us the highest-taxed state in the nation. Further, there is talk of the state personal income tax being a graduated tax of up to 11 percent! This would ensure many successful business owners and investors leaving our state or, in effect, the depletion of those who create employment. Is that leadership? I think not!

In our industry, in any industry (city, county, state), the primary outcry is a shortage of skilled workers.  Even a recent USA Today article indicated that only three percent of millennials are interested in the trades or industrial jobs. While I am concerned with this, I am not panicked. Eventually the laws of supply and demand will come into play, as tool and die makers or welders earn more than attorneys, more attorneys will learn to weld. Further, in the end, the millennials will need to pay the bills, and this indeed will necessitate employment. What it also means is that those entering the trades or industry may be entering such out of default or desperation. Thus, they will not have the passion or the commitment of their predecessors who entered by choice. The reason why I am not panicked about the skill shortage is we also have the option of closing the gap with technology. This is why, at our company, we supplement our code pressure welders in our engineering division with robotic welding. This was not to replace a single employee, but rather supplement the incumbent great workers of which I cannot find more. Management teams throughout our cities and states evaluate the trends and make appropriate adjustments every single day.

A mentor once told me “it’s okay to be wrong, just don’t be wrong too long.” A profound take-away from business school was, “if you are in a hole, quit digging.” Neither of these lessons seems to have been embraced in my hometown, home county or home state. We can only trust that the leadership demonstrated by our business leaders will ultimately provide the needed guidance to our mayors and governors.

“The more you weigh, the harder you are to kidnap. Stay safe. Eat cake.”