A tale of two technologies.

Back in October of 2007, I wrote a piece on pressure reducing valves. That article solicited some requests for further development of the subject, which I never pursued. I guess, at the time, I was tapped out on the topic. The other day my company had a presentation by one of the major manufacturers of pressure control valves that rekindled my interest in writing about the subject. So here it goes.

Direct acting pressure reducing valves (PRVs) are a less sophisticated, and less expensive, means of reducing pressure in a hydraulic system compared to ACVs. They use a spring that puts pressure on a piston surrounded by a diaphragm that reduces pressure due to the area ratio differential between the diaphragm and a smaller diameter cylinder. In short, the spring controls the pressure.

Direct acting PRVs are great for reducing pressure in the appropriate application. My house, for example, has a direct acting PRV to reduce pressure from 130 psi in the street to less than 80 psi in the house. It is a cost-effective means of controlling the pressure in my home, where flow rates are predictably low and pressures are not particularly sensitive. 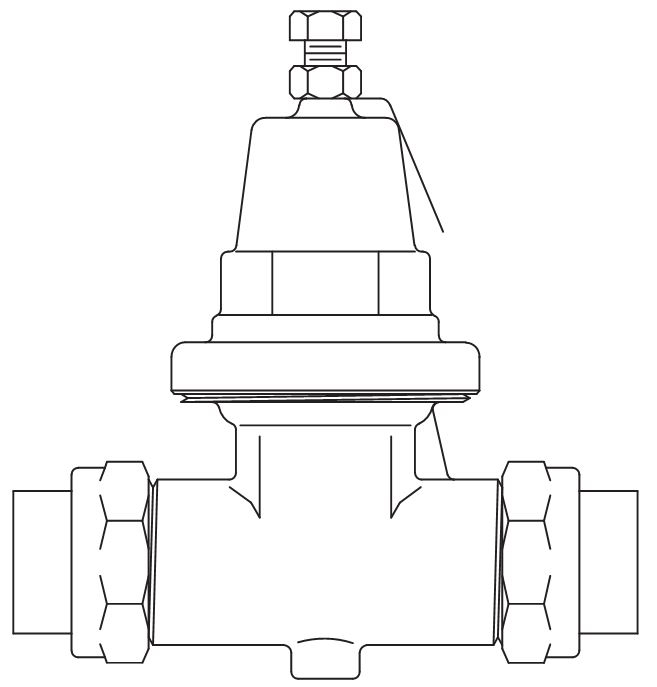 ACVs are similar in that they use a piston and diaphragm to control pressure but different in that the piston is not controlled by a spring. It is controlled by a hydraulic pilot that introduces pressure on and off the diaphragm, based on system requirements. ACVs control pressure within 3 psi, regardless of fluctuating inlet pressure. Ironically, the device in the pilot system that controls the valve operation is usually a direct acting PRV, albeit a very small one. As it senses pressure differential between the inlet and outlet of the valve, it opens and closes to control the larger ACV.

The fact that the direct acting PRV has a significant fall-off pressure becomes insignificant, because the flow through the pilot PRV is so small that it never experiences pressure fall-off.

Generally, ACVs should not be line size. They should be sized based on calculated flow rate and pressure differential using the manufacturer’s literature. A very common arrangement for ACVs is to have a larger valve in parallel with a smaller valve, with the smaller valve set a few pounds higher on the outlet pressure such that low flows go through the smaller valve where it performs better. As flow increases and pressure decreases, the flow shifts to the larger valve. A typical arrangement for ACVs on a six-inch supply pipe might be to use a four-inch valve in parallel with a two-inch valve. As such, if either valve needs maintenance, even the smaller valve is capable of handling system demand while the larger valve is serviced. 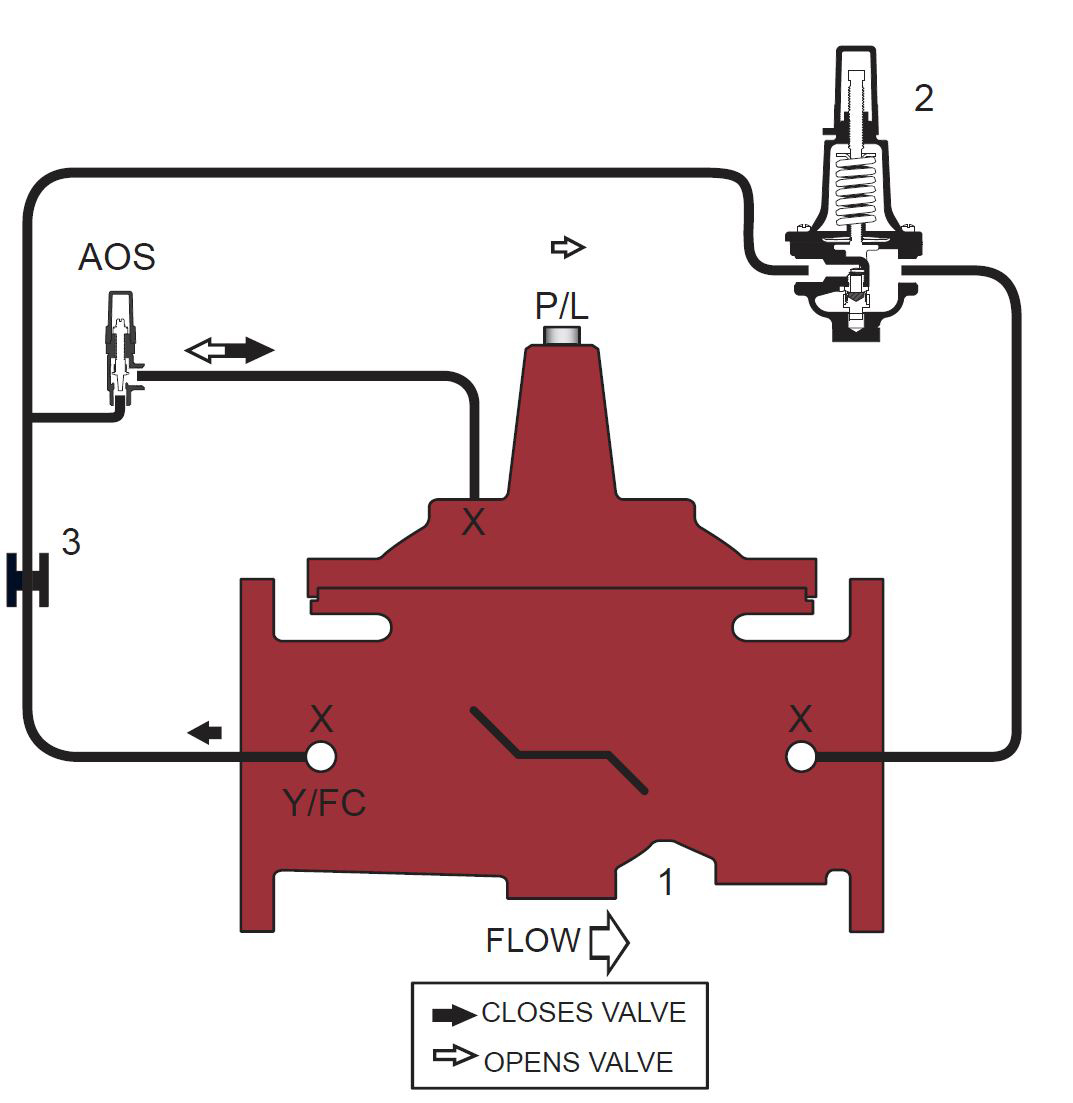 The manufacturers have pretty detailed information for sizing the valves, but if you read my article last month, we know that system flow rates derived from the code are artificially high, so it is impossible to calculate the valve size accurately based on code. I find rule of thumb-sizing to be sufficient. Be careful if the pressure differential is large. For that situation, you need to look at the cavitation chart provided by the manufacturer. If your flow and pressure puts you in the cavitation zone, you will likely need two laves in series to step the pressure down.

ACVs are capable of much more than simple pressure reduction. Depending on the pilot system arrangement the valve can perform all of these various tasks:

​You get the idea; this is only a partial list. Most of these applications are uncommon in traditional plumbing, but you never know which challenge might be right around the corner. For the sake of understanding, pressure sustaining means maintaining a constant upstream pressure regardless of fluctuating downstream pressure (the opposite of a PRV). This might be required is a circulated system that discharges to a tank. Solenoid control means the valve has electronic control from an input signal. If you have an unusual application, it is best to consult the manufacturer. l