The time is now to make the switch to a geothermal HVAC system.

You’ve likely heard that Nashville Airport has gone geothermal. Of course, that means the energy efficiency has improved quite a bit. But the real benefits are far greater than most folks even know. Let’s review it by the numbers. 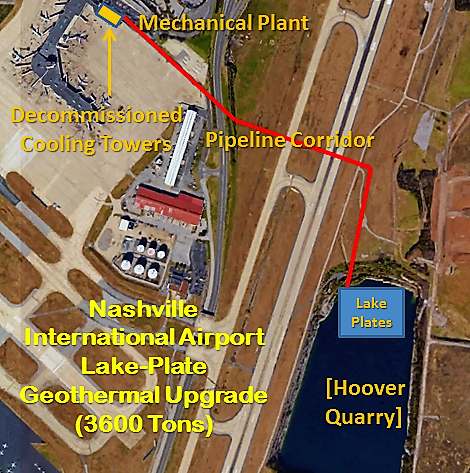 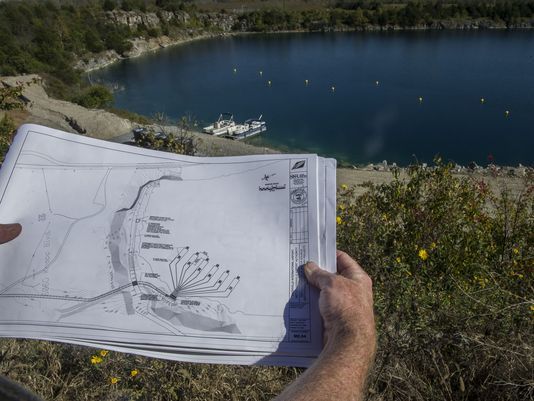 Oh, and they now save millions of kWh of electricity per year; 40 percent better than with cooling towers according to Metro Nashville Airport Authority (MNAA).

This is an all “up-side” upgrade. The only question is, “Why wouldn’t a building go geothermal?”

Governments and corporations are making the switch to geothermal in record numbers, because it makes good sense, never mind the impressive return on investment (ROI).

Geothermal systems can work with any building HVAC system, like it did for the Nashville Airport. I caught up to Alan Watts, president of AWEB Supply, manufacturer of the lake plate exchangers used at the Nashville Airport. I’ve known Alan and his wife, Barbara for years. In fact, I had to get their permission to place a photo of their lake plate exchanger in my first book, “Geothermal HVAC, Green Heating and Cooling,” published by McGraw-Hill Education in 2009. 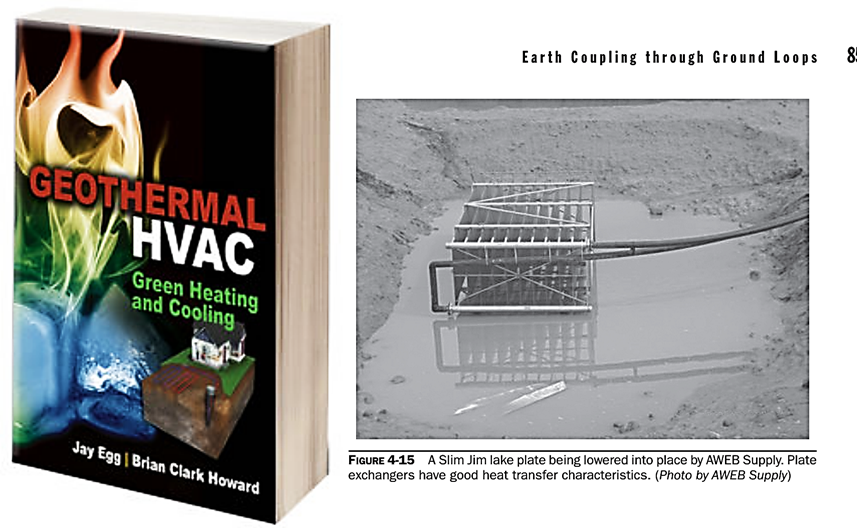 Life has been busy these last few years, since writing that book with co-writer Brian Clark Howard (senior editor at National Geographic Society). I realized that of the hundreds of articles I’ve written about geothermal systems, I don’t think I’ve written one about a lake plate system.

Energy Systems Group contacted Watts around 2013, asking for some advice on the application of the lake plate exchangers for the Nashville Airport.  They had identified the former Hoover Quarry[S1], which is a 43-­acre lake located next to the Nashville International Airport that holds storm water runoff. Because water from the lake is naturally at about 50, it does not require as much energy as to run the mechanical plant.  Actually, the geothermal system saves the city 30 million gallons of potable water a year and cuts 1.3 million KWh in electricity consumption.  With the cooling towers shut down [S2], life is simplified for maintenance personnel, and PM costs are reduced significantly.

To complete the Nashville airport geothermal project, 11 large lake-plate assemblies [S3], each with 26 plate exchangers were connected to the mechanical plant. Each plate has the capability to dump 10+ tons of chiller plant heat rejection into the cool body of water.  Watts uses pond exchange software to determine the thermal effects on a given body of water over time.

To get from the airport’s mechanical plant to the lake, contractors had to trench [S4], tunnel and drill through more than a mile and a half of rocky terrain. In the photos, the 20-inch HDPE is laid carefully in trenches and eventually connected to six valve vaults [S5] at the lake-side piping junction.  This header assembly is a work of art in itself [S6]. The valve boxes [S7] are tied to the 11 lake plate assemblies [S8] that were craned out into the water [S9], floated to their final resting spots [S10], and then sunk 50 feet below the surface of the water.

The $10.4 million project is saving the Nashville Airport about close to $430,000 a year in cooling costs, which it will continue to do for at least the next 50 years. That’s enough to last more than three cooling tower lives.  All told, about 1.6 miles of 20-­inch HDPE pipe complete the heat transfer circuit from the quarry to the airport and back, traveling under a major runway, and also under Donelson Pike.

Energy Systems Group contacted Watts around 2013, asking for some advice on the application of the lake plate exchangers for the Nashville Airport. He helped them out, providing real data that they could build on, and paving the path that “flipped the switch” for full geothermal operation in February 2016. Watts and his wife Barbara help folks all over the world with pond-loop applications. Though we often use the term “pond-loop,” the technology applies to any body of water, whether it be the Atlantic Ocean, or the Seine River in France. By the way, they’ve had a 2,500-ton lake plate exchanger at King’s Mill Hospital in Mansfield, England since 2008, providing all the heating and cooling exchange needs for the impressive campus.

On March 6 2017, the Nashville International Airport received the Envision Silver Award from the Institute for Sustainable Infrastructure. In 2010, the MNAA was selected as one of only 10 airports in the U.S. to take part in the Federal Aviation Administration’s (FAA) Sustainable Master Plan Pilot Program. The MNAA was selected for this program for its demonstrated leadership in implementing sustainability initiatives, and promotion of water conservation, energy efficiency, social well-being and community involvement. 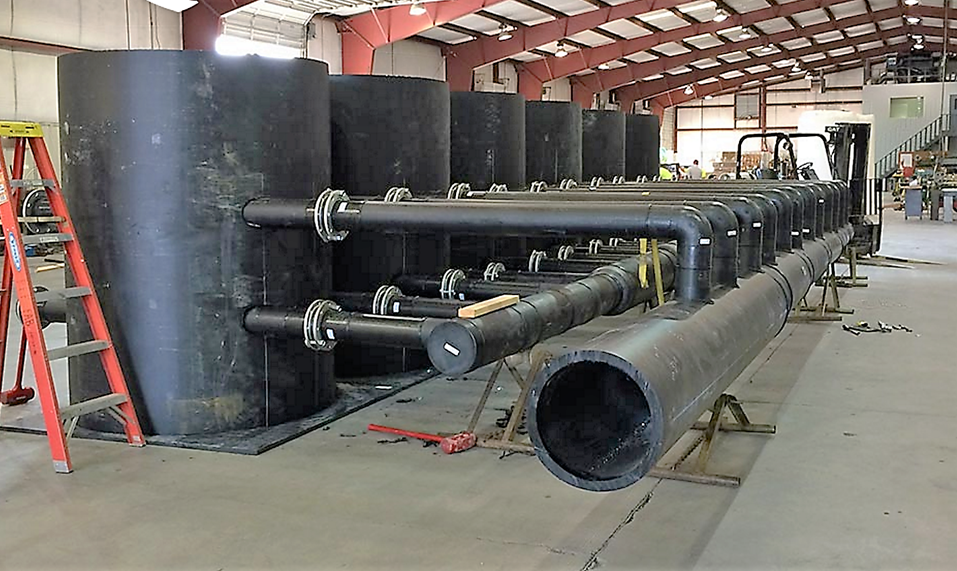 Watts and his wife Barbara started Alan Watts Service Inc. in 1974. Then after discovering geothermal heating and cooling seven years later, they began to focus on ground-source systems in 1981. AWEB Supply was opened in 1984, and they started marketing the Slim Jim Geo Lake Plate Exchanger in 1998. Next year, it will be 20 years for the remarkable plate exchanger that has found its way into HVAC systems all over the world. The Watts have sold off their service businesses now, and they are focusing their professional efforts entirely on implementation of Lake Plate Exchanger systems.

If you have an application that you think might work, give them a call. Even if you only have a small body of water, they can help with hybrid applications, whether it’s with a vertical closed loop system, or a cooling tower that operates only during peak demand. You might even find that a fountain placed in the pond will create the additional heat exchange needed, and add to the ambience of the system.

Now is the time to get involved with geothermal projects whether you’re a contractor, architect or engineer. Geothermal HVAC systems are going into larger projects in record numbers, and the earlier you’re involved, the better. 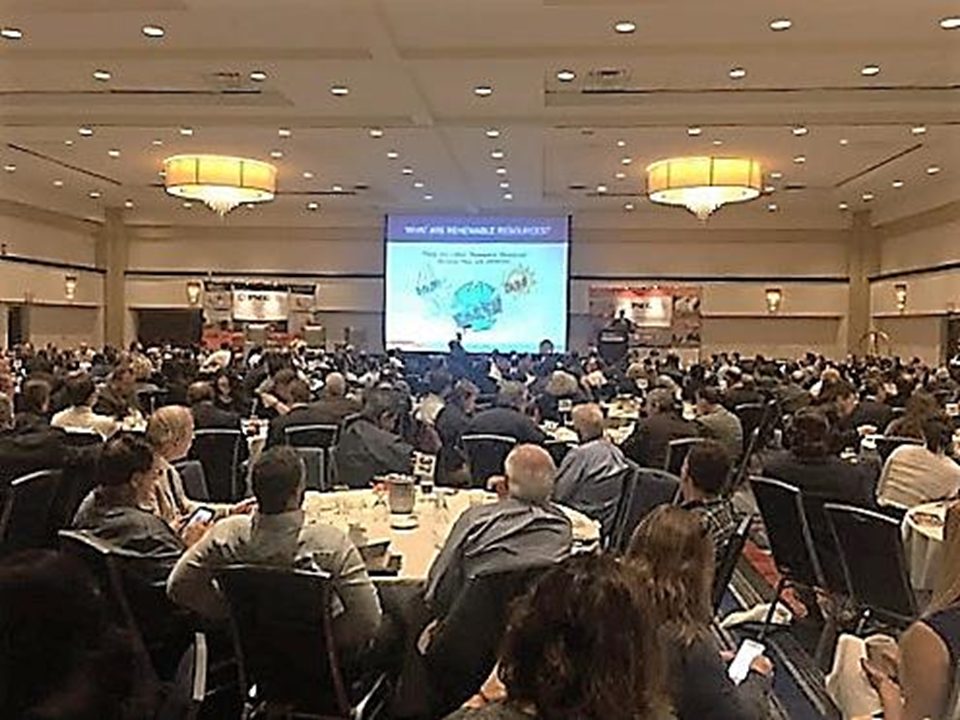 One great way to get an introduction to geothermal is to attend a course offering CEUs. These courses are being offered more and more often. New York State Renewable Energy Development Authority (NYSERDA) is spearheading efforts to bolster installation of geothermal systems throughout New York, and the efforts are being mirrored throughout North America.

Now is the time to get involved. Become informed, then get trained as a designer or installer of geothermal systems. To find out more, visit IGSHPA and GEO, the geothermal HVAC industry organizations.