Providing Care, Ahead of Schedule

Attention to detail and planning made way to complete a health care project ahead of schedule and under budget.

A total of 76 miles of pipe were installed, ahead of schedule and under budget, despite more than 3,500 RFIs, $7 million in scope changes, a defaulted electrician and an Ebola scare. Today, the 665,000-square-foot, 12-story Inova Women’s & Children’s Hospital in Falls Church, Virginia is home to 192 patient rooms, a 108-bed neonatal intensive care unit, 33 labor and delivery rooms, 8 operating rooms and 6 C-section rooms.

Shapiro & Duncan, a mechanical contractor based out of Rockville, Maryland, took on the project in September of 2012, and completed HVAC, plumbing and medical gas work throughout the building in September of 2015 with a $61 million price tag. It had an unusually fast-tracked schedule with each trade involved receiving five work days per quadrant, per floor. The project encountered its fair share of challenges including snowstorms in February 2013 and March 2014, during which time Shapiro & Duncan was tasked with installing various systems between two levels, requiring between 70-80 workers on site.

The scope of the project

Three floors of the building house the Children’s Hospital with a dedicated entrance, and 116 private pediatric rooms. Additional support areas are included as well as a ground level clinic, and a full commercial food service kitchen. On the three lower levels this facility is connected to the South Patient Tower, which Shapiro & Duncan completed in 2012. Additionally, the project included the construction of both a new central utility plant and a central energy plant with a pair of 1,800-ton chillers and cooling tower assembly. Three 2-megawatt emergency generators provide continuous electrical supply in the event of an emergency outage.

There were significant changes in scope throughout the project, which made it difficult to manage. There were 166 Architect’s Supplemental Instructions (ASI), 3,500+ RFIs and tons of other coordination items. At the conclusion of the project, Shapiro & Duncan had more than $7 million worth of changes.

Every construction project has its fair share of challenges, and this was no exception. There were a few speed bumps in the path of completing this massive project, one of which was the default of the electrical company Shapiro & Duncan worked with during the peak of the project. The project went from having 200+ electricians on site one day, to zero the next. This event put a heavy load onto the various trades that have had coordination correspondence with the original electrical contractor. The Shapiro & Duncan team had to pull together and almost start from scratch when the new electrical contractor came on board. 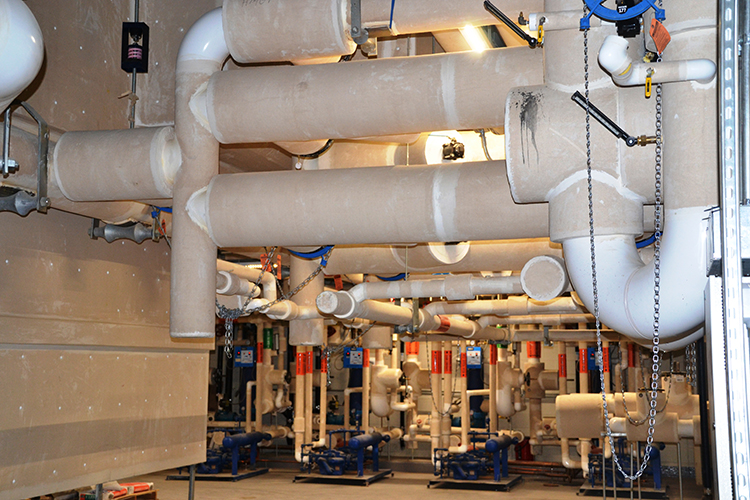 Another obstacle Shapiro & Duncan faced was the heavy amount of changes being issued as the project was being built. The total of 166 ASIs on this project added on more than $7 million of mechanical and plumbing work. It was a struggle all around to keep up with these changes, but the overall construction, and keeping an eye on the ball when it came to coordinating and understanding these changes allowed the contractor to proceed with the project.

The coordination required to construct such a large new addition on a 24/7/365 hospital complex was extensive. Coordinating all the system trades within the confines of the structural and finish trades was executed by the Shapiro & Duncan team using three dimensional drawings prepared by each trade and building information modeling (BIM) to marry the documents and then detect and correct system clashes in the model.

“Coordinating the schedule of work and the resources required to complete the work was a major undertaking,” says Chris Canter, director of virtual design coordination and prefabrication. “The use of Primavera scheduling tools, as well as the our own Fieldman and Fabman platforms, along with a team of skilled professionals proved up to the task.”

Coordinating all the required connections to existing hospital systems, both in joining with the adjacent buildings as well providing some additional campus-wide redundancies, required extensive meetings with the hospital users group and the construction team. Having the BIM model was critical in these meetings as it provided a 3D video model easily understood by the users group, which helped achieve consensus among the parties on the necessary decisions moving forward. The connection to these existing systems required work to be performed temporarily or regularly, depending on hospital load demands and operating requirements.

The solution to this challenge was the same as in all other projects Shapiro & Duncan has worked on — only, on a larger scale. The contractor refers to it as an upfront investment of intelligence, which involves getting the best minds and experience together early to plan and detail every aspect of work, and coordinate the placement and execution with all the other trades. 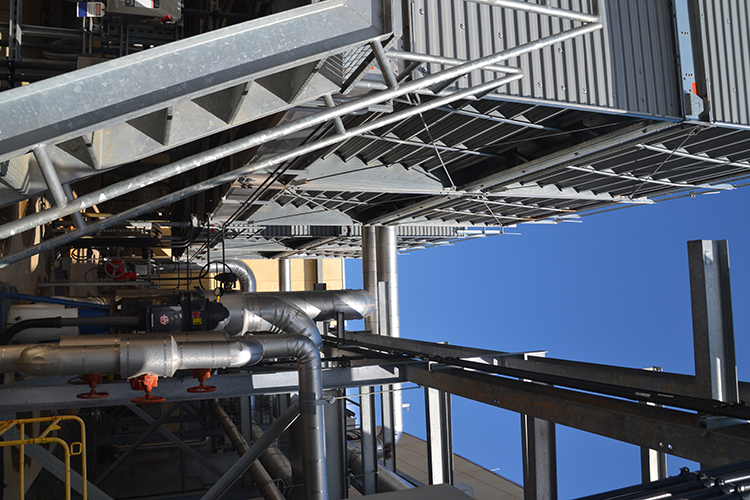 Shapiro & Duncan relied on its planning department with their talent and experience in modeling and clash resolution to assigning a strong project management team to procure, track, orchestrate and execute within the confines of the schedule the diverse and complex litany of equipment, materials, subcontractors and skilled tradesmen.

“Placing a large field force of talented tradesmen and women directed and lead onsite by our lead foreman who was assisted by many working foreman, a quality control coordinator, a safety officer, an administrative assistant as well as project engineers tracking material and equipment, labor productivity and schedule compliance, was key,” Canter says.

The Shapiro & Duncan team met weekly, and sometimes more than once a week, with Clark Construction and all the other trades to resolve any conflicts and coordinate activities onsite. Lean construction practices were used by the team keeping critical members engaged in the planning and scheduling of activities, defining and refining activities and durations, and coordinating the workflow amongst the trade to ensure the most efficient execution of the work.

“Our BIM system turned out to be a big part of the solution,” Canter says. “We used BIM to head off any potential conflicts between the various trades including lighting, conduit, ductwork and so on. We hit every one of the conflicts one by one, and solved them using BIM at the digital level.”

As conflicts were resolved, the planning department sent mechanical shop (spool) drawings to the contractor’s 51,000-square-foot fabrication shop in Landover, Maryland. Each spool drawing is one small section of the BIM model, like puzzle pieces. Every drawing and then every assembly that comes off the shop floor is color-coded and clearly marked by floor and quadrant, so that the field crews can quickly erect the prefabricated piping assemblies properly on site. More than 80 percent of the piping on this project was prefabricated at assemblies at the Landover facility.

When it came time to physically install the product in the field, the quality control coordinator came through and made sure that all utilities and equipment for all subs were installed in the right places and at the right elevations.

Ultimately, the early investment of intelligence by going through all of these coordination and quality control steps was the key to success.

“Everybody involved in this project — our planning team, our field teams and all of our subcontractors — did a superb job of coordination to make sure everything was installed in the right place,” Canter says. There were very few coordination conflicts in the field. In a building of this size, it could have been disastrous if coordination issues had not been handled correctly. The project finished ahead of schedule, beating the initial schedule and under budget.