A People-First Solution to the Great Resignation

As I write this article, I am in the middle of season two of We Supply America, championing the noble calling of distribution. With my latest tour stop at ProSource in Greenville, S.C., I saw firsthand this noble calling in action.

ProSource Supply has experienced the Great Resignation firsthand. Half of the people the plumbing supplies distributor hired in 2021 didn’t see the end of that year. Its average tenure on the operations side of the business was three months.

The turnover they were experiencing was unlike anything they’d seen but seemed to be on par for the industry at an unusual time.

The top two reasons why people left their jobs in 2021 were low wages and no opportunities for advancement, notes the Pew Research Center. An additional 39 percent said they were working too many hours.

“It was an employees’ market,” CEO Drew Roberts told me. “People were interviewing with us, and even when we’d offer them a job, they kept looking.”

Burnout was common. Overtime was the norm — exacerbated by the labor shortage. One worker had been working an average of 25 hours of overtime per week — for 15 years. It wasn’t good for that worker, and it wasn’t good for the company.

Those who had been around the longest were training the new hires, only to watch them walk out the door a few months later.

Their hard work and knowledge were also walking out the door.

Then they’d have to repeat the process with the next hire.

“We did the same things as everyone else. We had an ice cream truck come out. We did a one-time bonus,” Roberts explains. “Those things are nice, but they don’t make a difference in somebody’s life. They might go, ‘OK, it’s good to know you appreciate me, but I can’t take ice cream home and spend it.’” 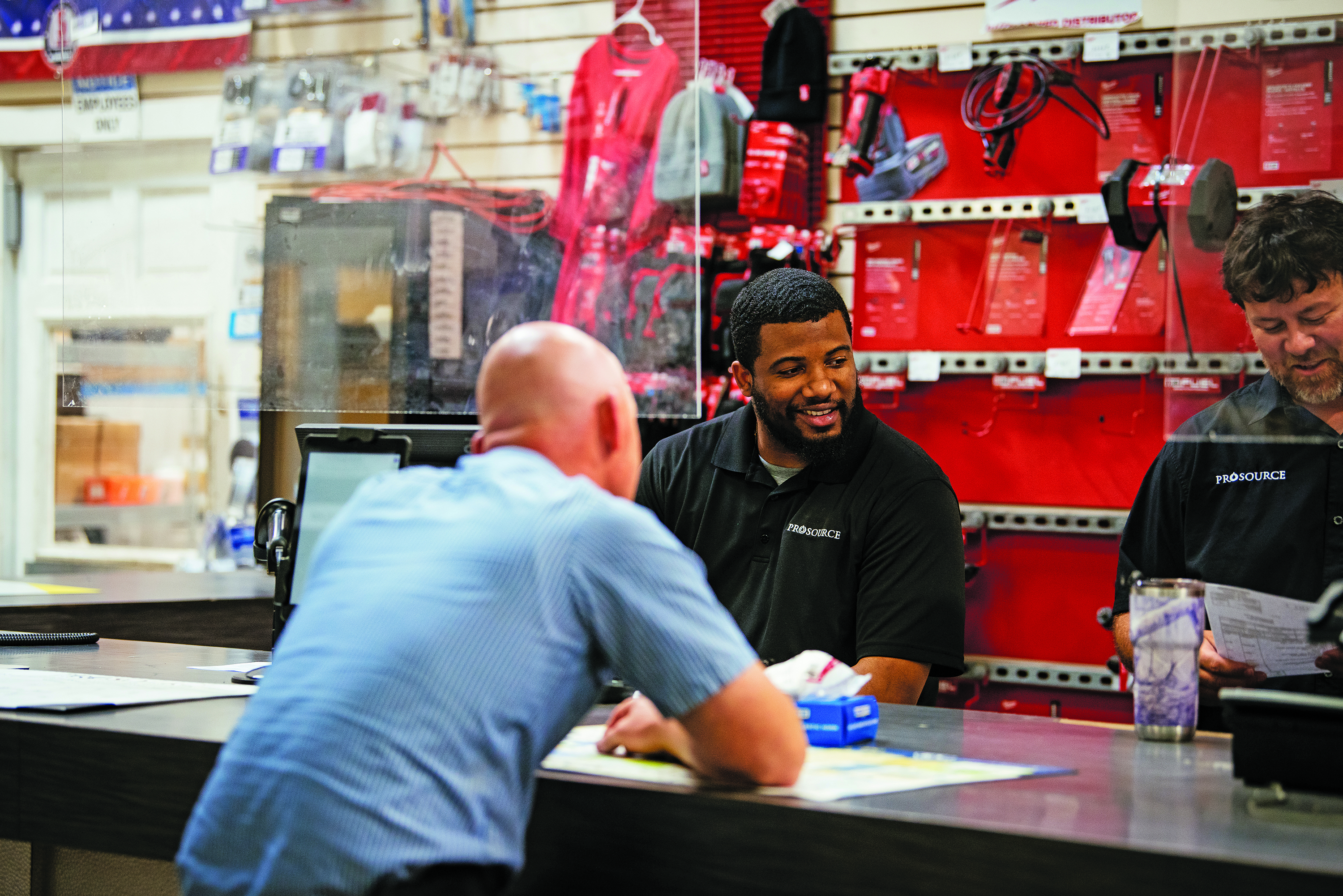 Every few weeks, Roberts and his leadership team visit a branch to let employees’ voices be heard and questions answered in a town hall setting. In the summer of 2021, the distribution logistics manager, Preston Pugh, spoke up. Pugh is a veteran who, after retiring from the military, came to work for ProSource.

In speaking up, he was looking out for his team just as he did in military service. His team’s balance of work and life was skewing too sharply to work. And it was hard seeing people working two and even three jobs to take care of their families. Pugh also knew they needed to find a way to hold onto hires — for the sake of his overstretched team and the future of the company.

“There’s got to be something we can do differently,” he told Roberts urgently.

The problem felt insurmountable. As they looked around for ideas, they didn’t see any ready solutions to this greater labor challenge. Pugh knew he had to get creative, think differently and innovate a solution.

He took a nontraditional approach that asked, what would happen if we paid our people more, but had them work fewer hours? What if we gave hours a week back to our employees to improve their lives away from work?

Ultimately, the solution — like any innovation — was unproven and entailed risk. In this case, substantial risk. The plan Pugh presented to Roberts would raise wages by $300,000, allowing his team members to earn no less and, in many cases, more income — without overtime hours. The plan would give several hours a week back to his employees’ personal lives.

“It took me 90 days just to get my arms around it,” Roberts recalls. “But Preston was literally stalking me. We needed to do this. It was risky, yes. However, what’s never captured in a P&L is lost opportunity.”

Saying yes was deeply felt. Take ProSource’s longest-tenured and most-praised driver; he got the largest  compensation bump of anyone.

Upon hearing that, the driver broke down. He has triplets at home, and he was close to quitting. “We didn’t realize we were getting ready to lose this driver because he couldn’t afford to work here anymore. Now, we’ve changed his whole story,” Roberts says.

And the worker who was putting in 25 extra hours a week? After getting 25 hours a week back, they could spot a noticeable difference in his demeanor: He was visibly happier.

It sounds like going above and beyond, but to Pugh, it’s just what you do to take care of family. “I learned a lot in that decade in the military about taking care of people,” he explains. “In the military, you’re responsible for those people — their health and well-being — not only from 9 to 5, but for every hour in between.”

Roberts adds: “When someone works with us, I want to make sure we can feed their family and they don’t have to have another job to make ends meet.”

As for Pugh, he wanted his raise to go to his team — which, of course, Roberts didn’t let happen. “When you hire for character and for people who truly put others first, it makes you want to do more for them,” he says. “They put themselves out there. He’s advocating for his people.”

ProSource has not only changed how it compensated its team and handled overtime; it has invested in the growth of its operations staff, paving the way for clear career paths. That meant changing the traditional mindset that the only way to move up and make more money was to aim for a sales job. Giving them clear opportunities to grow within their area of specialty, whether a safety manager or a shift supervisor, was the goal.

What a noble way of thinking. 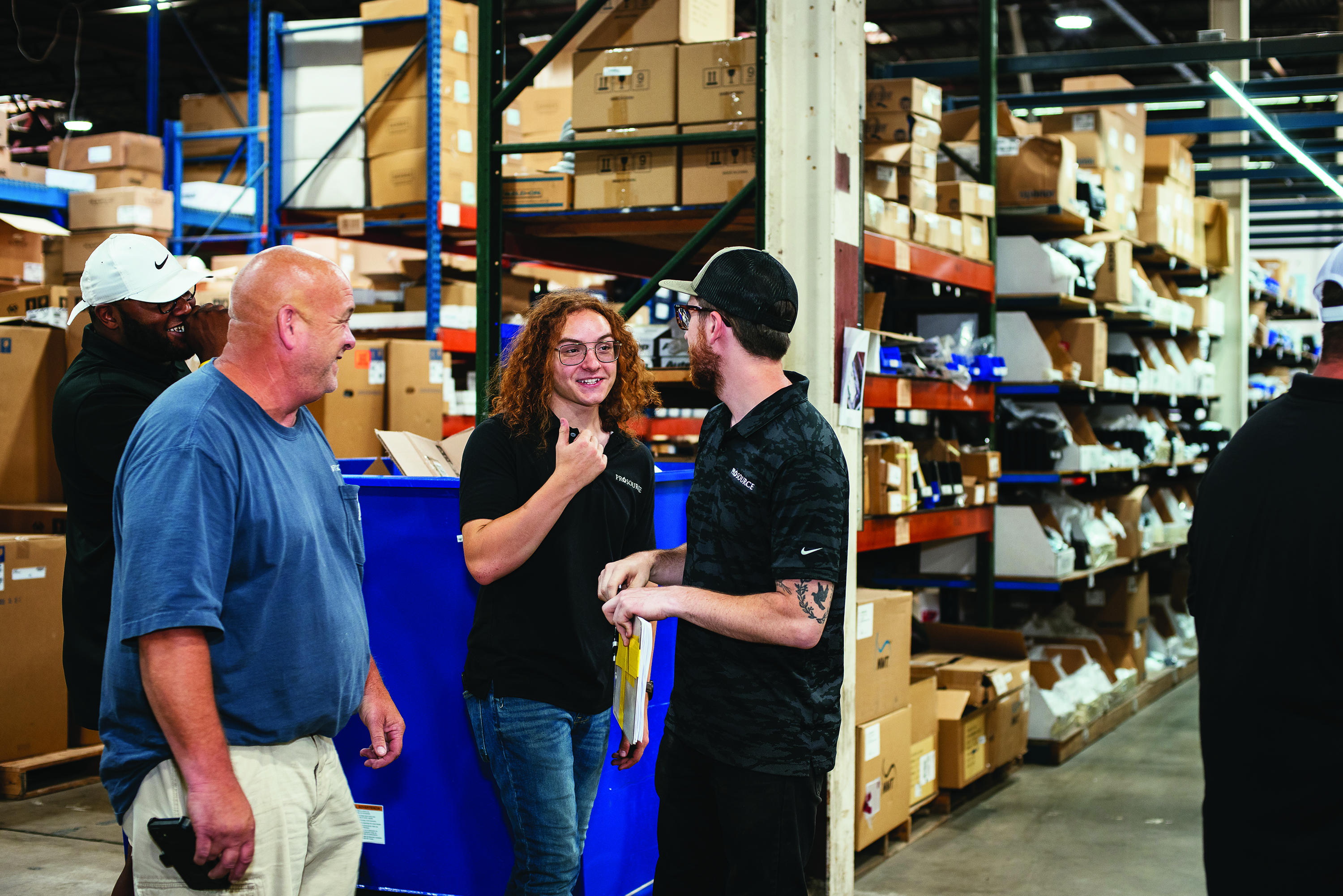 Good for People, Good for Business

What makes ProSource’s story particularly empowering to me is its dedication to its employees and its transparency in doing so. Since the major overhaul, it’s only lost three people in eight months. What a change from the 50 percent turnover rate and average tenure of three months the distributor experienced in 2021.

What was good for its people was also good for its business. “We never felt it in the P&L at all,” Roberts notes. “And our sales are up significantly in addition to our earnings.”

In research I’ve conducted over the past couple of months, I’ve found that 93 percent of distribution leaders believe the human element must play a critical role in leadership in the future. After all, during the COVID-19 pandemic, business was disrupted — but so were our people. As one distributor put it: “Our teams and people have endured so much themselves that they aren’t the same.”

And what ProSource has done here is a perfect example of this human element of taking a people-first approach. And it’s paying big dividends.

I define innovation as “leading customers to a better future, for which they are willing and capable of rewarding you.” Pugh knew he needed to lead his people to a better future if he had any hope of solving the business challenge of the labor shortage.

For Pugh, his team members are his customers. He flipped the script. Rather than looking at the problem from the company’s perspective, he focused on his employees’ needs — in many cases, unspoken. “I believe strongly if you take care of your people, they’ll take care of you,” he says.

He was able to apply an out-of-the-box solution to a persistent problem and have a real impact on his team’s lives both at work and at home — all while positively impacting ProSource’s bottom line. Noble indeed!

Dirk Beveridge is the founder of UnleashWD, executive producer at We Supply America, president of the Beveridge Consulting Group and champion for the noble calling of distribution for more than 36 years. His one-of-a-kind perspective on the future of wholesale distribution has guided his mission to advance the growth, relevance and transformation of the industry, helping distributors thrive. Learn more by visiting www.wesupplyamerica.net.