Eastway Supplies: The Architects of Change

The distributor has seen a lot of growth over the years, and Eastway is going strong as it finishes up its 50th year of business. While the COVID-19 pandemic put a damper on a big anniversary celebration, Eastway is proud of its half-century as an independent, family-owned wholesaler. 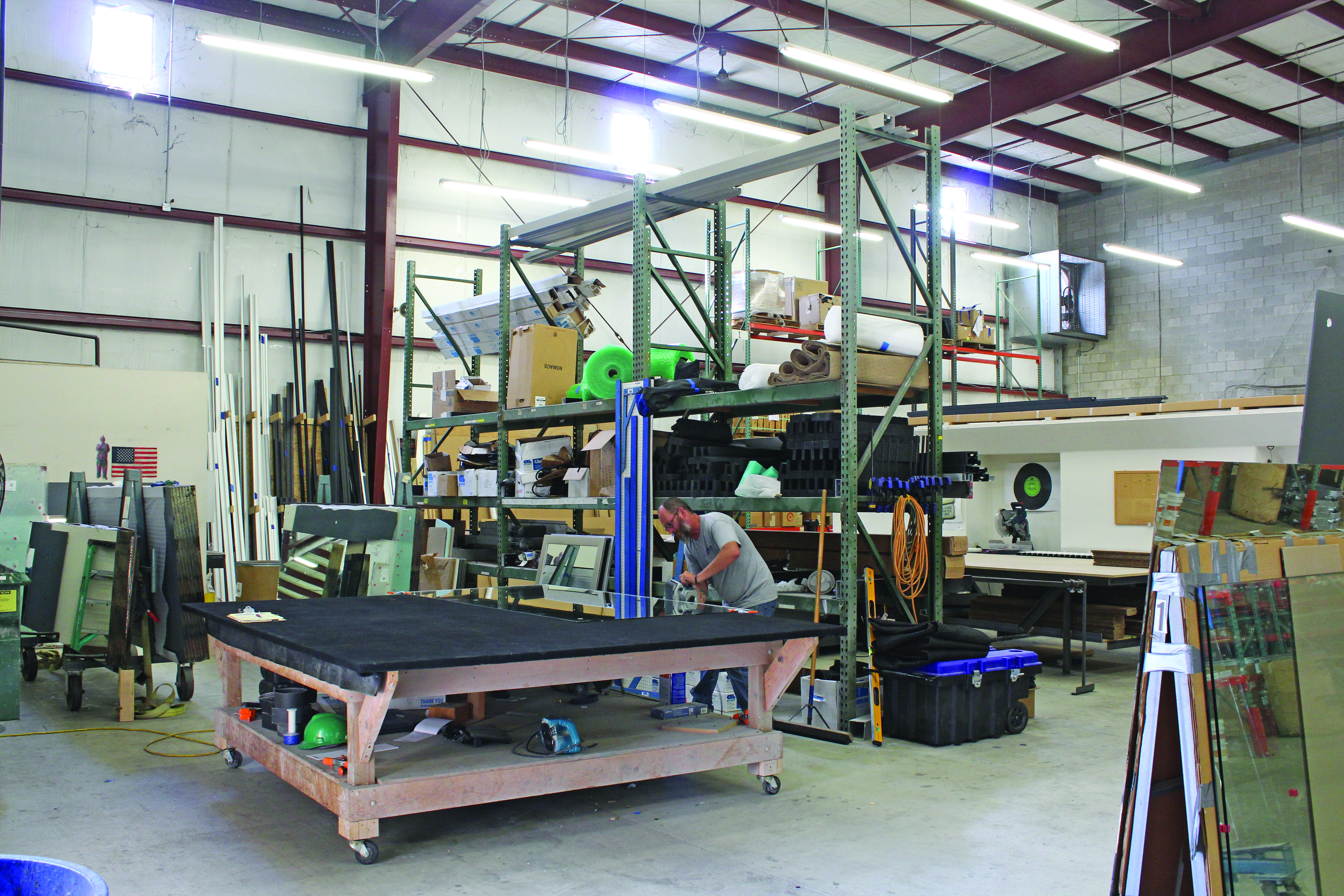 Eastway was founded in 1971 by A.J. “Bud” Glanzman; soon after starting the business, Bud’s son Gary Glanzman joined the company. Gary’s children, Mike Glanzman and Vanessa Glanzman, who have been in the business for 30 years, are now third-generation owners.

“Throughout the years, Gary has been focused on continuing to invest in the growth of the company by expanding upon our current property,” says Vice President and PVF Division Manager Scott Plinke. “We chose to operate from one central location, which serves us well as we serve our customers. We now have more than 100,000 square feet of warehouse space with room to grow as we continue to focus on providing a great culture for our 60 employees.”

With $31 million in annual sales, Eastway Supplies works with commercial and residential plumbing contractors. With its new showroom concept, the company is also beginning to pursue relationships with remodelers, interior designers and homeowners.

“That was, and still is, unique in the industry,” he says. “Our Builder Division remains singular among plumbing wholesalers. Our ability to install custom glass, mirrors and closet organizers truly sets us apart from the rest of the industry.”

“Gary was instrumental 25 years ago when he hired John Edwards to start a commercial PVF division,” Plinke says.

Eastway Supplies has a dynamic group of employees representing company culture every day.

“Our associates are very experienced, extremely loyal and focused on serving our customer base,” Plinke says. “The dedication at all levels of the industry continues to provide not only a job, but a career for many people. From our truly committed associates, to vendors, to our customer base, each day offers something new.”

Owner and Plumbing Division Manager Mike Glanzman mimics Plinke’s sentiment: “The people, in general, are great to work with. At every level — manufacturing, reps, buying groups, and contractors — these guys are my friends.”

“Our customers are honest and hardworking,” he says. “What’s more, in terms of company culture, we really are a family, and people feel like they belong. They appreciate being able to see how they make a difference each day.”

Plinke says the relationships the company has with its customers, vendors and buying group, Affiliated Distributors, remain key to the success of Eastway Supplies. “Bud Glanzman always said, ‘Kill ‘em with kindness.’ And it’s what helps us focus on treating every customer like family,” he says.

Eastway Supplies encourages its associates to take leadership in what they do, how they go to market and how they manage their customer base. In 1994, the company implemented the following five imperatives Eastway lives by, called The Architects of Change:

2. Pay exceptional attention to the marketplace

“These principles continue to be the driving force behind all the company’s initiatives,” says President and owner Gary Glanzman. “These imperatives, and our committed relationships with our customers, maintain and grow Eastway’s success.”

With elevated attention to customer service, the team at Eastway Supplies believes that relationships are the key to any successful company.

“We are nimble and quick to respond, and all decisions are made locally,” Edwards says. “I’ve always used a grocery store analogy approach to service — which is that we want to be the company offering customers the biggest percentage of what they need to put into their carts every day.”

The company is an active member of Affiliated Distributors, as well as local trade associations such as the Building Industry Association, the National Association of the Remodeling Industry, the American Society of Interior Designers, the Association of Plumbing and Heating Contractors and the Mechanical Contractors Association of Central Ohio. By continuing to be involved with local organizations, Plinke says Eastway Supplies can help encourage the next generation to look to this industry for a great career.

In addition to encouraging interest in the trade with local talent, the company also is involved in several community-based initiatives. “We are an annual donor to Nationwide Children’s Hospital, and we support many local family community charities and causes,” Edwards says. “Most recently, we sponsored the Special Olympics Ohio Polar Plunge at the Columbus Zoo and Aquarium.”

Eastway Supplies’ plans for an off-site showroom will increase its exposure to the residential, builder, and remodeling market segments. “Kohler enables us to expand on one of our key focus areas — commercial fixtures,” Plinke says. “We will also continue to evaluate product lines for additional growth opportunities.”

Plinke says one of the most important aspects of growth for a company is the acquisition of new customers. “Strategically year to year, our goal is to expand our customer base,” he says.

Edwards emphasizes that the company will continue to find ways to say “yes” to its customers for another 50 years.

“We are a family business that values integrity,” Edwards says. “We will continue to deliver the best experiences to our associates, community and especially our customers.”

• Eastway convenience. Eastway Supplies delivers across a wide area in Central Ohio, usually the next day. The company also has a one-hour turnaround on will-call orders, allowing its customers to get in and back to the jobsite as quickly as possible.

• Eastway comfort. With a new showroom concept in place and a remote showroom planned within the year, Eastway Supplies is poised to expand its customer base to homeowners, remodelers and interior designers. With its quality lines, customers can create comfortable kitchen and bath spaces for clients and themselves.

• Eastway construction. Eastway Supplies' Builder Division is a differentiator. “We’ve got a field-experienced sales staff, who have the ability to design and create custom shower glass and provide installation,” says Builder Division head Bob Palmer. “We also have the capability to install mirrors and closet organizers."

All images credited to Eastway Supplies.