Remember when oil and gas workers weren’t the bad guys?

What happened to the “good old days,” golden and magical, when oil was king and business was booming, and everyone relied on our industry, whether they knew it or not?

How do you write about a politician and the administration without being political? I feel like an old man complaining about everything: the weather, youth, health, the industry. What happened to the “good old days,” golden and magical, when oil was king and business was booming, and everyone relied on our industry, whether they knew it or not?

Maybe I’m romanticizing industry history a little, but the oil and gas community was never the villain. No one was reporting that oil and gas would make a terminal decline. What is going on here?

According to my father, Dave Hatfield, the good old days in the oil and gas industry started in spring 1974, five years before I was born. ITT Grinnell was hiring in a small town in Kentucky (my birthplace, by the way). Dave somehow got the job with a degree in English and a music minor. A college graduate was a College Graduate in that town.

Domestic fittings and flanges manufacturers published price sheets for commodity products. And domestic was king. These price sheets were one page and covered sizes up to 12 inches in standard and XH walls. Other pricing sheets were available for larger diameters and schedules and were updated regularly.

“Now, while the discounts were sacred, the list could change,” he says. “Demand was unreal and it seemed like we changed the list price upward every other week. The good-old-days essence of the story is that there were no electronic calculators, no desktop computers. When calculators were finally put on the market, they were expensive! Seems like one similar to [Figure 1] was $1,200. (It is $70 today.) “ 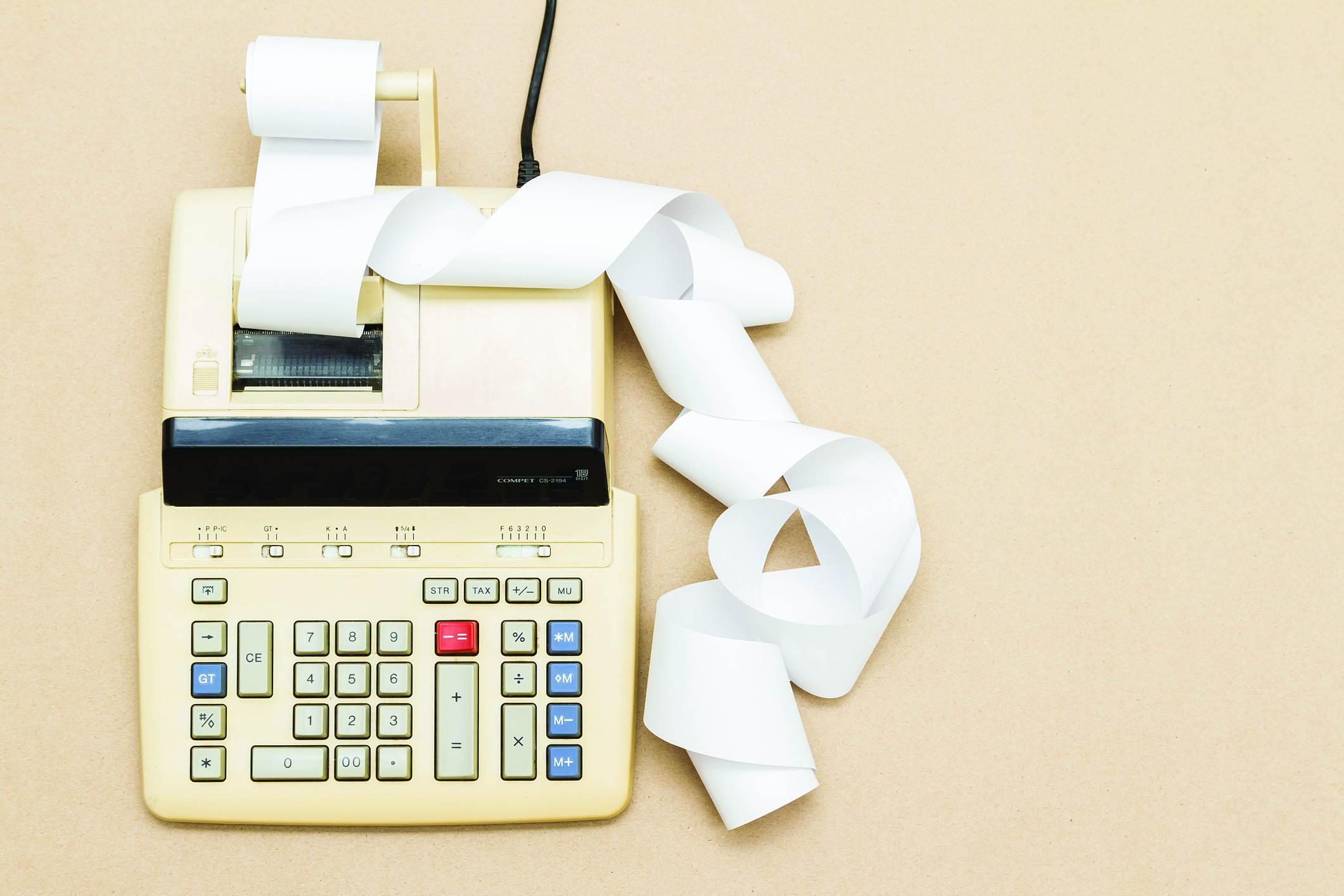 I had to use one similar to the one in Figure 2. 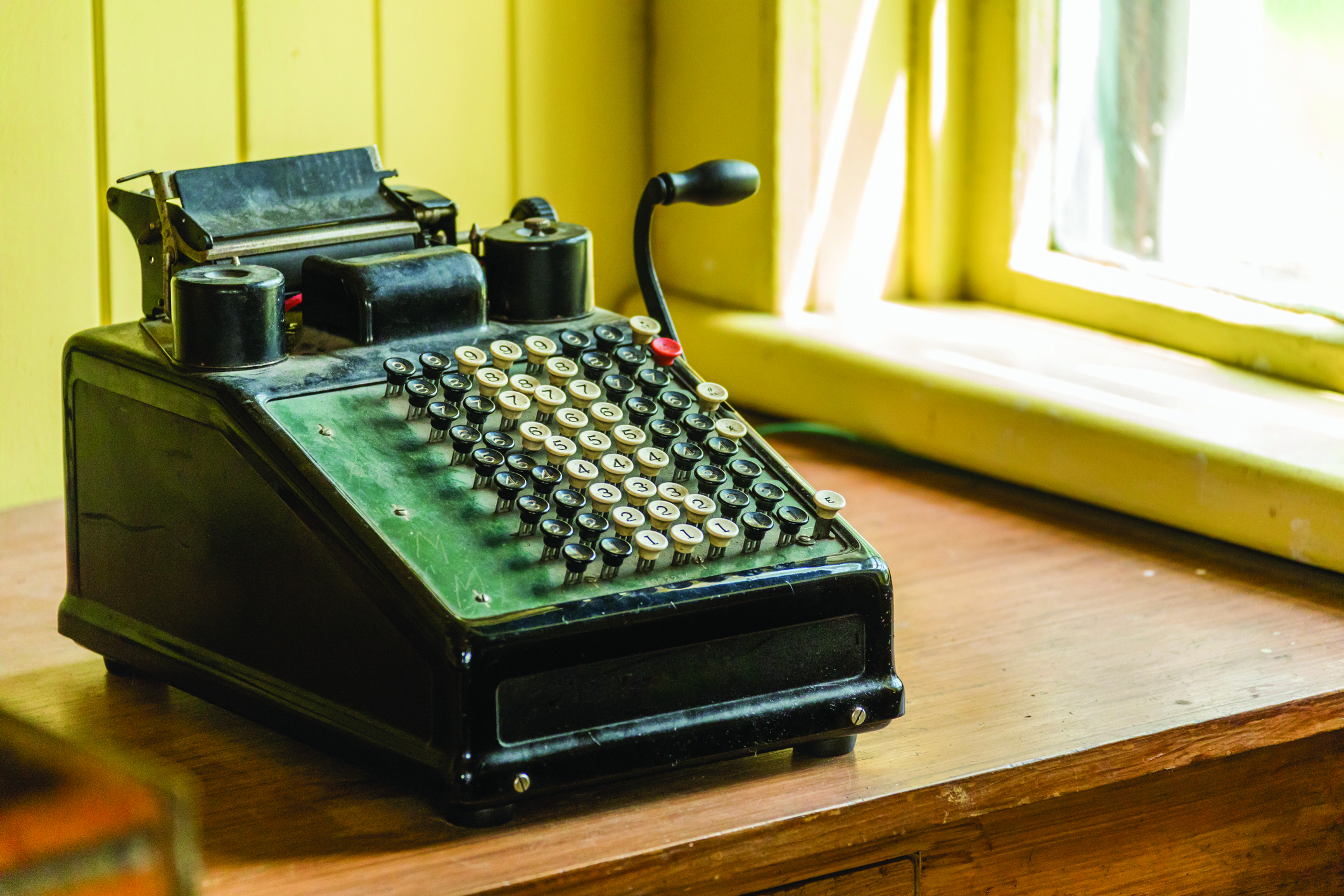 “All mechanical and noisy,” Dave says. “There were hundreds of prices. It would take days to change one sheet. So, I would enter each individual price, multiply it by 1.10, and write it down — hundreds of times. It drove everyone in the office insane, and me with them. I performed this task so many times in eight hours that one night while counting sheep, I had to multiply the count by 1.10 to get to sleep!”

With the many different types, materials and sizes of fittings, flanges, pipe and valves, including specialty metals, it is hard to imagine doing this today, especially with the volatility of prices and availability.

Today, fuel for vehicles, heating and electricity, asphalts, oil for roads, chemicals, plastics, as well as perfumes, dyes, makeup and other cosmetics, toothpaste and most other bathroom necessities, roller skates, glasses, contacts, trash bags, candles, shoes, speakers (who wants to live without music?) and many more products all rely on petroleum. The new administration plans to phase this out over the next 30 years, which seems like a lot to ask in just three decades.

President Joe Biden and company campaigned against the industry in 2020, promising clean energy by 2035. This means they want a reduction in the U.S. carbon footprint by 50 percent. The U.S. Environmental Protection Agency notes that the current U.S. contribution to global emissions is around 15 percent. China constitutes about 30 percent of the total global emissions, with standards already lower than in the United States.

New methane pollution limits for any new or existing oil and gas operations, higher fuel economy standards, and a ban on new oil and gas leasing on public lands are among some of the immediate plans from the Biden administration.

The administration also claims it will rejoin the Paris Climate Agreement and it will not allow countries, such as China, to become “destination economies for polluters.” There is no clear plan on how he intends to do this yet, but it should be noted that under President Trump, domestic production increased while Chinese and Indian imports decreased.

Products made under the United States’ more rigorous emissions standards go a long way toward a better climate, and the quality is typically higher as well. I may be biased, though, as my company produces everything domestically.

President Biden also is on pace to write more than 400 executive orders this year alone, with 34 already published through the end of February. On his first day in office, he signed the “Protecting Public Health and the Environment and Restoring Science to Tackle the Climate Crisis” executive order. In notes that all agency actions between Jan. 20, 2017, and Jan. 20, 2021, were to be immediately reviewed.

New methane emissions in the oil and gas sector are expected to be instituted by September 2021 under this order as well. It also addresses some of the other emissions standards mentioned previously.

“Tackling the Climate Crisis at Home and Abroad” was signed Jan. 27, 2021, and states the United States will rejoin the Paris Climate Agreement. The president will also host a climate summit for the United Nations and “reconvene the Major Economies Forum on Energy and Climate.”

Under this order, the Biden administration will immediately send the flow of capital toward climate-aligned investments and away from high-carbon investments. The order is a little vague on prioritizing climate in foreign policy. Still, the administration calls for all agencies engaged in “extensive international work” to submit “strategies and implementation plans for integrating climate considerations into their international work.”

More executive orders are expected, with at least a portion directed at the oil and gas industry, as these are easier to write than passing actual laws in the legislative branch. While there is still uncertainty about how much the Biden administration will target the oil and gas industry, ultimately affecting all of us in PVF, it is certainly expected to be much different from under the Trump administration.

My dad still has many of the old Taylor Forge, Crane, Grinnell, etc., books and catalogs if anyone is looking for a nice feeling of nostalgia. Those were the good old days. The days of faxes and phone calls. The days when domestic producers ruled. The days when oil and gas workers weren’t the bad guys.

Gabe Hatfield is the owner and president of OK Pipe and Fittings, based out of Houston.

Alternative Energy Distributor PVF Wholesalers & Distributors
You must login or register in order to post a comment.