One Year Ago Today

Reflecting on how the Milwaukee design and construction community pulled together to build alternative care facilities for COVID-19 patients.

If you’re paying attention to the news — and I wouldn’t blame you for turning it off and listening to some music — but if you are, you’ve noticed a theme of “One year ago today.” Last year in March, we shut down our country to avoid spreading this terrible virus that causes COVID-19 and is killing people and making a lot of people very sick.

I was thinking about this May column and what my one-year-ago-today moment would be. I immediately thought about the alternative care facility (ACF) project we were a part of. It was a 10-day blur filled with early mornings and late nights. Figure 1 is the text that I received on the morning of April 8, 2020.

From that point on, we were either working on the ACF or sleeping. As described in the Project Work Statement, our mission was to design and convert the Wisconsin State Fair Expo Hall into an alternative care facility that would provide 530 beds and 234 future beds to our community. And we needed to do it in a manner allowing the team to demobilize without any negative impact to the facility.

Contractually, we were on the Design-Build Team with Gilbane Building Co. and their sub-contractors, mechanical contractor JF Ahern and electrical contractor Staff Electric. It was without a doubt one of the best teaming experiences I have been a part of. From day one, the team came to the project to accomplish our mission for the community.

The concept is easy when you think about it. Put up 530 demountable partitions, add staff workrooms, a bunch of bathrooms, modify the existing HVAC system to be negative. Oh yeah, and pipe 290 beds with oxygen and outfit the place with emergency power. Maybe it wasn’t so easy after all.

The initial pull plan required us to create a layout by 2 p.m. for review with the entire team and construction documents by 10 p.m. that night so the patient room walls could be ordered based on the lead time. All the trades were calling in favors to get materials to the site as soon as possible. We had constant communication with our engineers and the trade partners on what products were readily available while at the same time meeting the Buy American Act.

The design you see in Figure 2 is the product of three architects I am fortunate enough to work with. Paul Widlarz, Mark Haasch and Mike Andric told the United States Army Corps of Engineers that the plan it had, although a good attempt, would not work from a patient and staff flow. 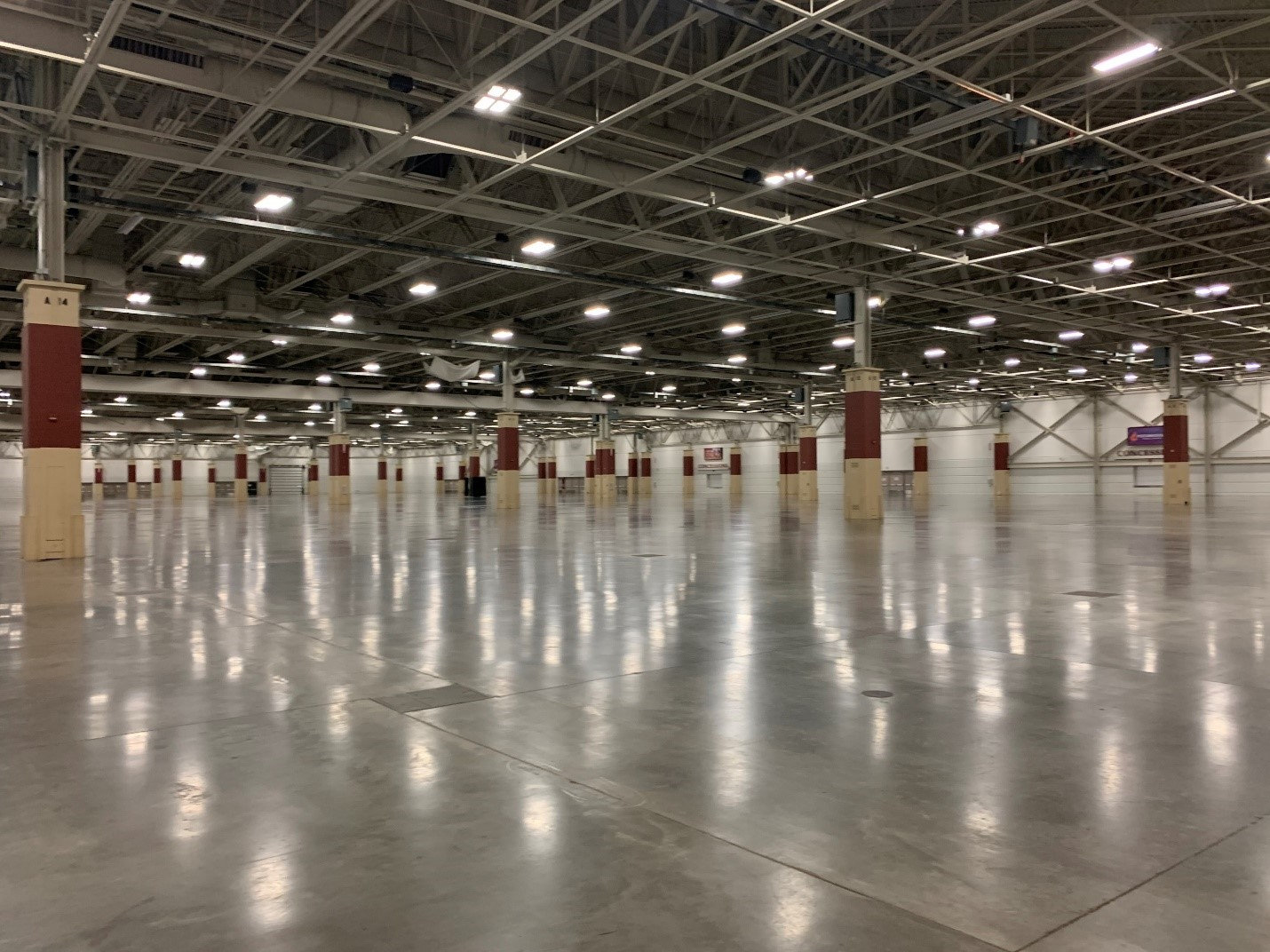 Paul, the other principal on the project, when asked about how the heck we were able to design this space in a matter of hours, responded: “We didn’t design and build the space in 10 days; we did it in 25 years and 10 days.” The response resonated with a lot of people. Figure 3 is a view of some of the planning documents. 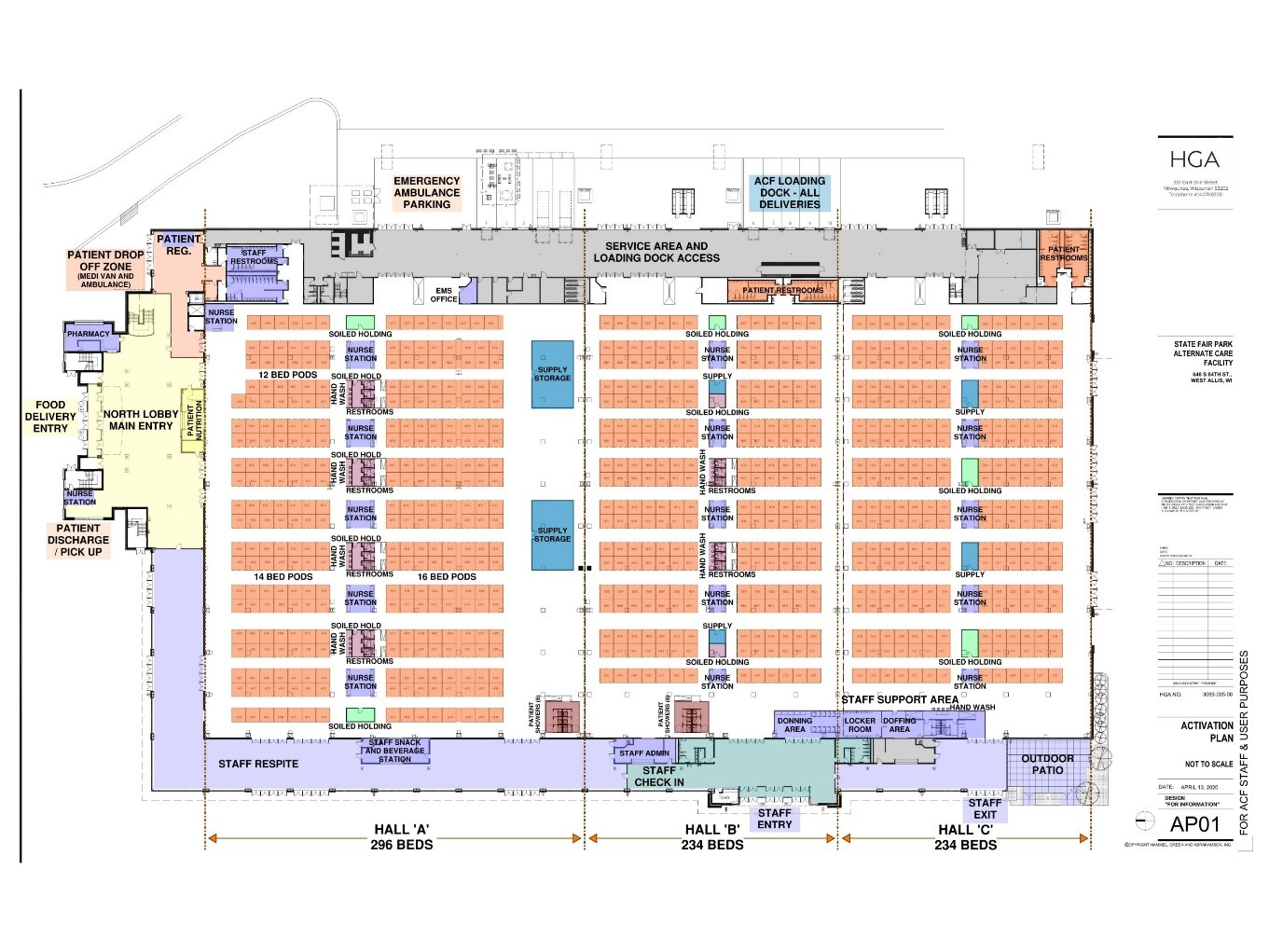 From an engineering standpoint, our team was led by all senior-level leaders who were fueled by pride for community and Monster Energy drinks. We benefited from the several ACF projects that were finishing up construction or had started several days before us. Even with that, there were some things in the industry that we were still learning about this virus.

We were checking with the CDC every day to make sure we had as much information about this virus that we could. If you recall, at the time, the treatment was oxygen, oxygen and more oxygen. Shortly after, this remedy was adjusted to different levels. Working with the respiratory therapist taught us a bunch since then, but we could not get enough oxygen at the time of this design.

The other interesting aspect was designing this system to be decommissioned in the future. Some systems can do that better than others. For the sanitary waste piping, the engineer and trade partner needed to think outside of the box. They went with a lift-station strategy that proved to be an improvement from other sites with pipe on the ground and ramps over them. See Figure 4 for a picture of that system. 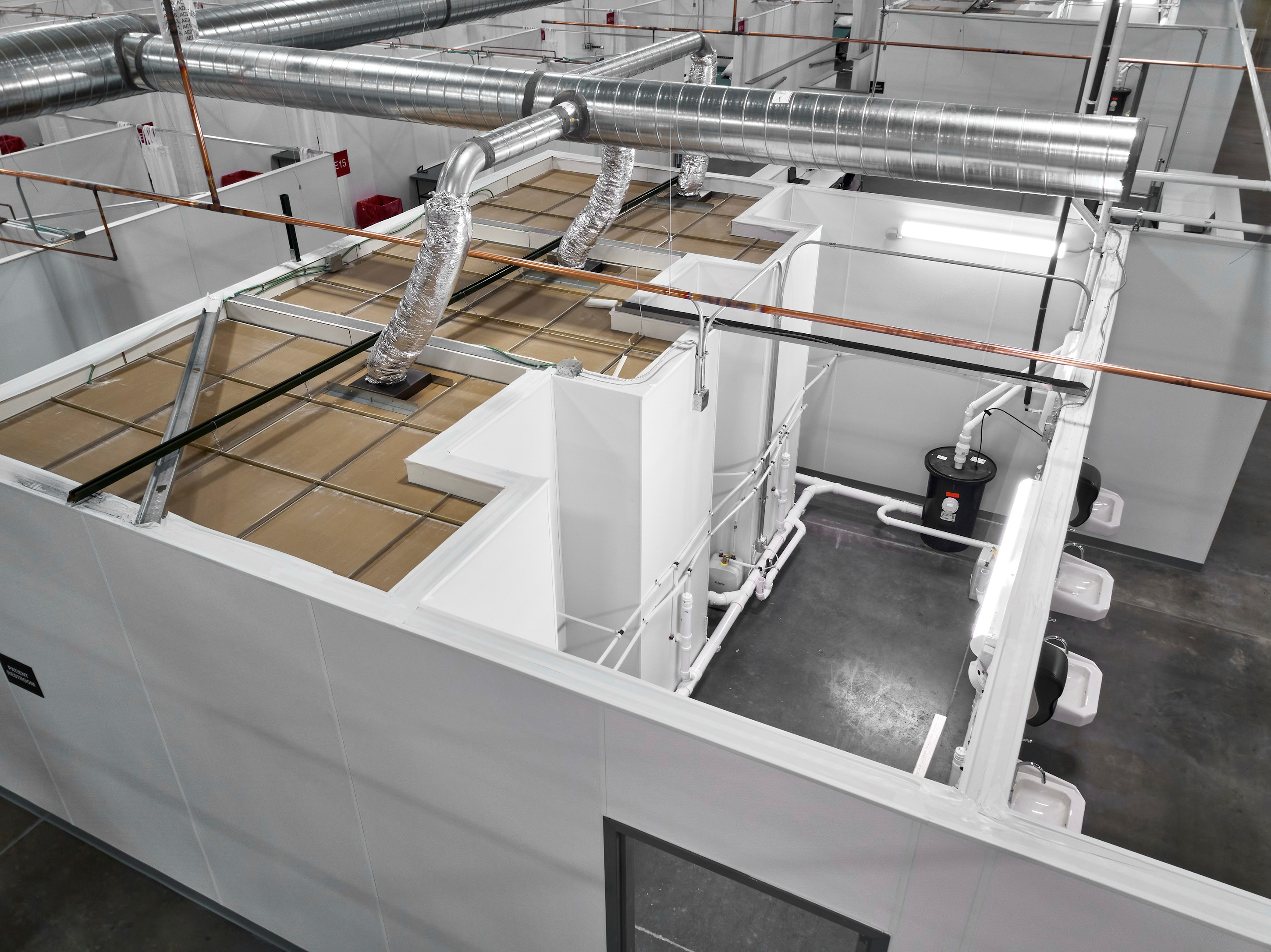 When the final construction efforts were complete and the commissioning had wrapped up, the team knew it was time to leave and let the clinical teams do their jobs by allowing them to take care of the people in our community who needed it most. We were 240 hours into the mission, with our portion complete, and it was now in the caregivers’ hands. Over the past year, the facility served as an overflow community for our hospitals and saw 170 patients.

Gilbane and HGA were then commissioned several weeks later to convert a local detention facility into a field hospital. Milwaukee County was reported to have more than 100 inmates who tested positive for the SARS-CoV-2 coronavirus. Due to some long-lead items related to detention-grade materials, we finished the facility in 20 days.

The detention-grade design added an extra element to the way we deliver health-care facilities. We drew upon our behavioral health experiences to come up with solutions. See Figure 5 for how that final design turned out. 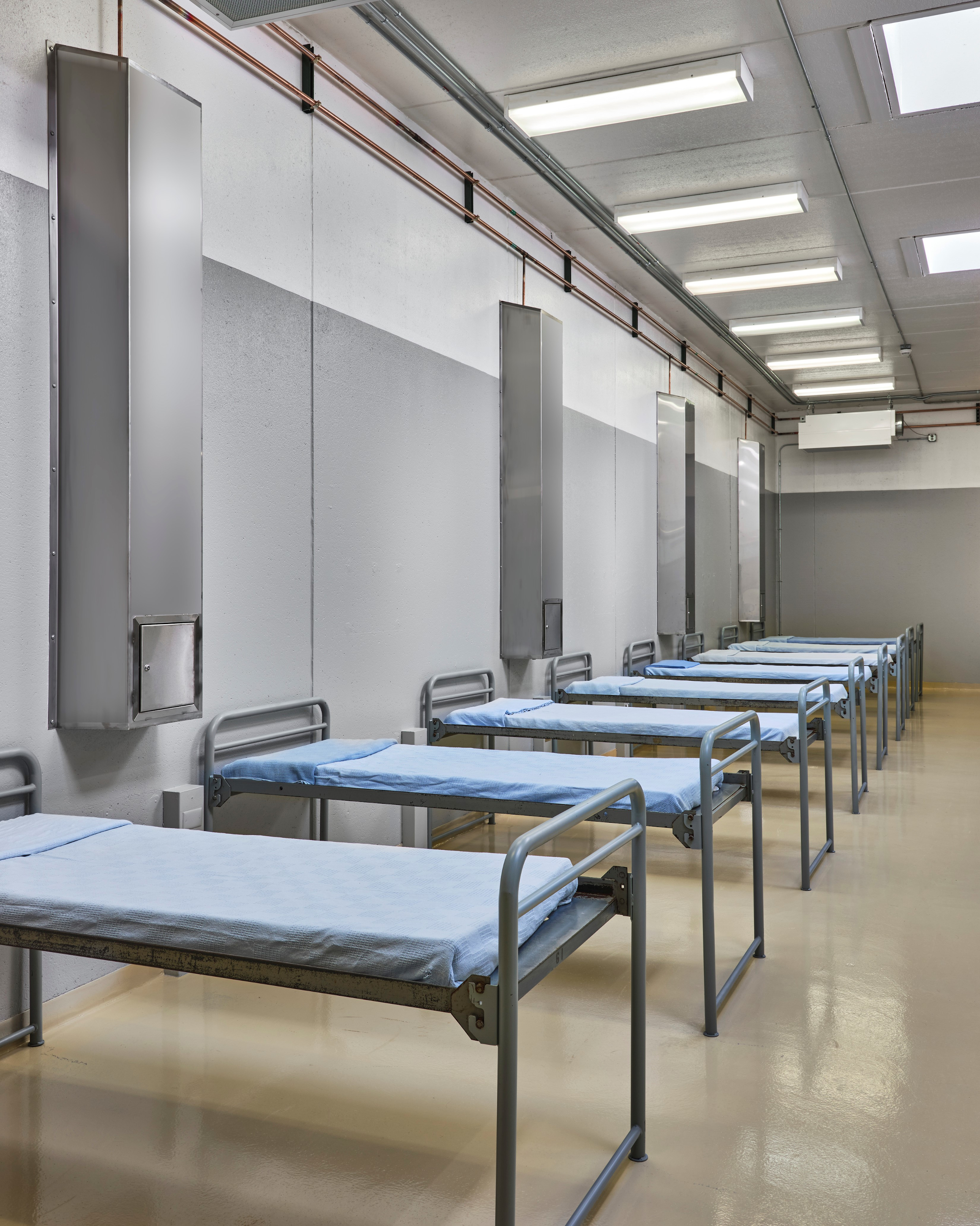 As I think about my one-year-ago-today story, I think about the time we spent together in the expo hall working on giving back to the Milwaukee community. Our home town needed a group of a couple hundred men and women to come together for 10 days and build an ACF to house 530 patients. Yesterday, I received my first vaccine shot, a milestone that means a lot to our country and the start of what looks to be our way back to public gatherings.

We also learned that the expo hall ACF is being decommissioned, which is a really good thing. The day we completed the project, we were all hoping it was never going to be used. When we learned it was in use, we were glad our team was a part of the design and construction team to pull this off.

Design Assist is Built on Communication and Trust