Housing projects across North America use geothermal heating and cooling systems to reduce the effects of climate change.

Last year, around the time when the COVID-19 pandemic began keeping us inside, we may not have noticed that a new home development won both the Best Mixed-Use Single-Family Community award from the National Association of Homebuilders and the Congress for the New Urbanism Charter Award for excellence in urban design. Impressive.

Where was this new development? In Los Angeles, San Francisco or Seattle? Is it a new high-tech smart community in New York or Boston? How about Chicago or Houston? The answer: None of the above.

Norton Commons is a 600-acre community with single-family homes, townhouses, condominiums, businesses and schools, located in Prospect, Ky., northeast of Louisville — in the heart of coal country. It includes 160 acres of green and civic spaces, nature trails, a rose garden, three dog parks, a community vegetable garden and a wildflower meadow. When completed, it will be home to about 10,000 residents.

A dozen years into its construction schedule, about 1,400 homes have been built so far in Norton Commons; another 1,400 or 1,500 will be built in the coming years. One of the reasons for the awards is that since 2015, all the homes now include clean geothermal heating and cooling. (Some of the coal plants generating Kentucky’s electricity are closing and gas plants may soon be replaced by storage and renewables.)

Did Kentucky builders and homebuyers go green? Not exactly. “We had a kind of technical problem, I guess,” says Ashley Porter, Norton Commons project manager. “We were looking for a technology with a quiet, outdoor unit and became interested in geothermal because there was no need for an outside condenser at all.”

He explains that with the new urbanist style of building, the lots are smaller than usual for the area. The setback might be only 3 feet and the condensers are at the side of the house. Builders were supposed to put them on the same corner as the front porch so that if homeowners sitting outside heard the noise, they could go in and turn off the AC.

Since they were accustomed to building in the suburbs where there is more space, the builders tucked them in the back corner. “We had trouble enforcing the rules on condensers,” says Marilyn Patterson, general counsel and marketing director at Norton Commons. “Some were sitting on lot lines. There were disputes between builders.”

“The 30 percent tax incentive was passed by Congress; it made geothermal attractive for builders and homebuyers,” Patterson notes. “Ground-source heat pumps last longer than a SEER 13 and offer better warranties. We’re sitting on a bed of limestone here, which is fairly easy to drill into. We expected pushback and thought we would need to do a lot of education, but it turned out our homebuyers knew about geothermal. People are happy to be living in a cutting-edge development.”

“We got rid of the condensers and put in a better-quality system,” Porter explains. “It fits right in with the idea of this neighborhood, which focuses more on walkability and a higher quality of life.”

Now, crews pre-drill geothermal wells at the rear of the lots where the garages will be at the same time they install other utilities, he adds. The homes range from 1,500 to 3,500 square feet, so two or three wells are drilled to 350 feet. Crews do 50 lots a time, so the cost per lot is reduced. “When we first did the calculation, it was going to be a six-year payback, but the monthly cost savings has been as high as 30 percent, so now it’s four or five years,” Porter says.

He explains that the ground loops are 1-inch HDPE pipe and lines feed through the garage wall into the basement, connecting to a ClimateMaster Tranquility TZ heat pump. The driller does the connection, limiting the responsibility for performance to one party.

“Although the homebuyers knew about geothermal, we realized our builders would need to educate themselves on what, to them, was a new technology,” Patterson notes. “We spent several days training everyone on how it works, with help from ClimateMaster experts. It was worthwhile because now everyone is well-versed, the local distributors are on board, and we have local contractors who can service the units. People are taking what they learned here and building the same way outside our community, so it’s a bit of a trendsetting situation.”

Although geothermal was chosen in the Kentucky example above for community peace and quiet, economics and other comfort reasons, Patterson and Porter both acknowledge that homebuyers were also interested in a decarbonized home. This latter motivation is more pronounced in other states or cities and is increasingly reflected in regulations and planning.

“Net-zero is the target in Massachusetts, California and elsewhere,” says Audrey Schulman, executive director of the nonprofit Home Energy Efficiency Team (HEET) in Cambridge, Mass. The organization promotes a Micro-Geo District model and succeeded in attracting the attention of Massachusetts utility companies, with several pilot projects currently in development.

Eversource will install a geo loop servicing about 100 homes this summer; National Grid is working on a similar district of about 200 homes; and a third pilot is planned for the Merrimack Valley, the site of a 40-home gas explosion in 2018, using $4 million in funds from the resulting settlement.

“By 2050, there will be no fossil fuels emissions; our utility companies understand this,” Shulman notes. “Given that their planning cycle is at least 30 years, they are already a bit behind. If they don’t catch up to the rest of the country, shareholders will stop investing in them, they will have difficulty borrowing money, and their liability insurance costs will go crazy.” 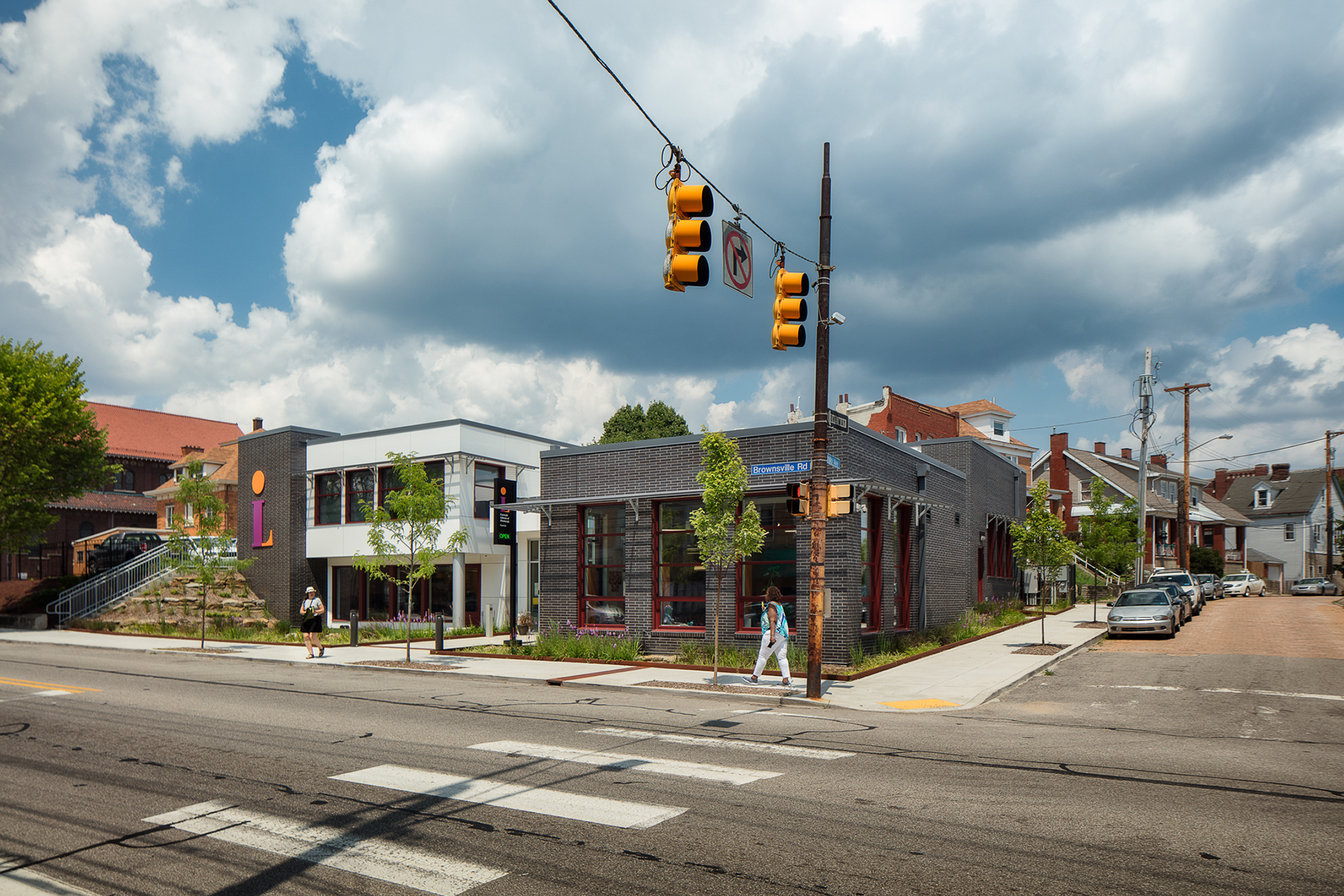 Con Ed is working on a similar pilot in Westchester County in New York. New home geo communities are springing up, fully built out without pilot tests, such as Whisper Valley in Austin, Texas; Serenbe in Atlanta; GEOS in Arvada, Colo.; and Pinewood Forrest in Fayetteville, Ga.

Unlike Massachusetts micro-geo districts and Whisper Valley, planning for Norton Commons and some of these other projects pre-dated the concept of a shared geo loop with microgrid software, creating even greater efficiencies through energy load shifting. Instead, each geo loop is dedicated to one house. In Ontario, Canada, geothermal wells are being drilled beneath new condominium high-rises, building clusters, townhouses and public housing, which boosts efficiency metrics through load shifting and optimization.

Geothermal has long been applied to single-family retrofits in rural or suburban settings. The modern manifestation of this is Dandelion, a company installing hundreds of systems in New York and Connecticut in the last few years, supported by state and federal incentives.

A geothermal trend — considered to be in its very early stages — is installing geothermal beneath existing buildings in densely built cities. A few brave souls created portable drilling equipment that can be moved into basements and underground parking lots to drill ground loops, later connected to ground-source heat pumps.

The Passive House (PH) holistic building model is becoming more common in North America; it stands out as the most demanding certification relating to building envelope control. It is outcome-based, requiring measured verification via blower door tests and actual energy consumed. It is used for all building types, wherever a new build or retrofit project offers the conditions and expertise among the involved contractors to ensure the envelope is well-insulated and doesn’t leak energy. 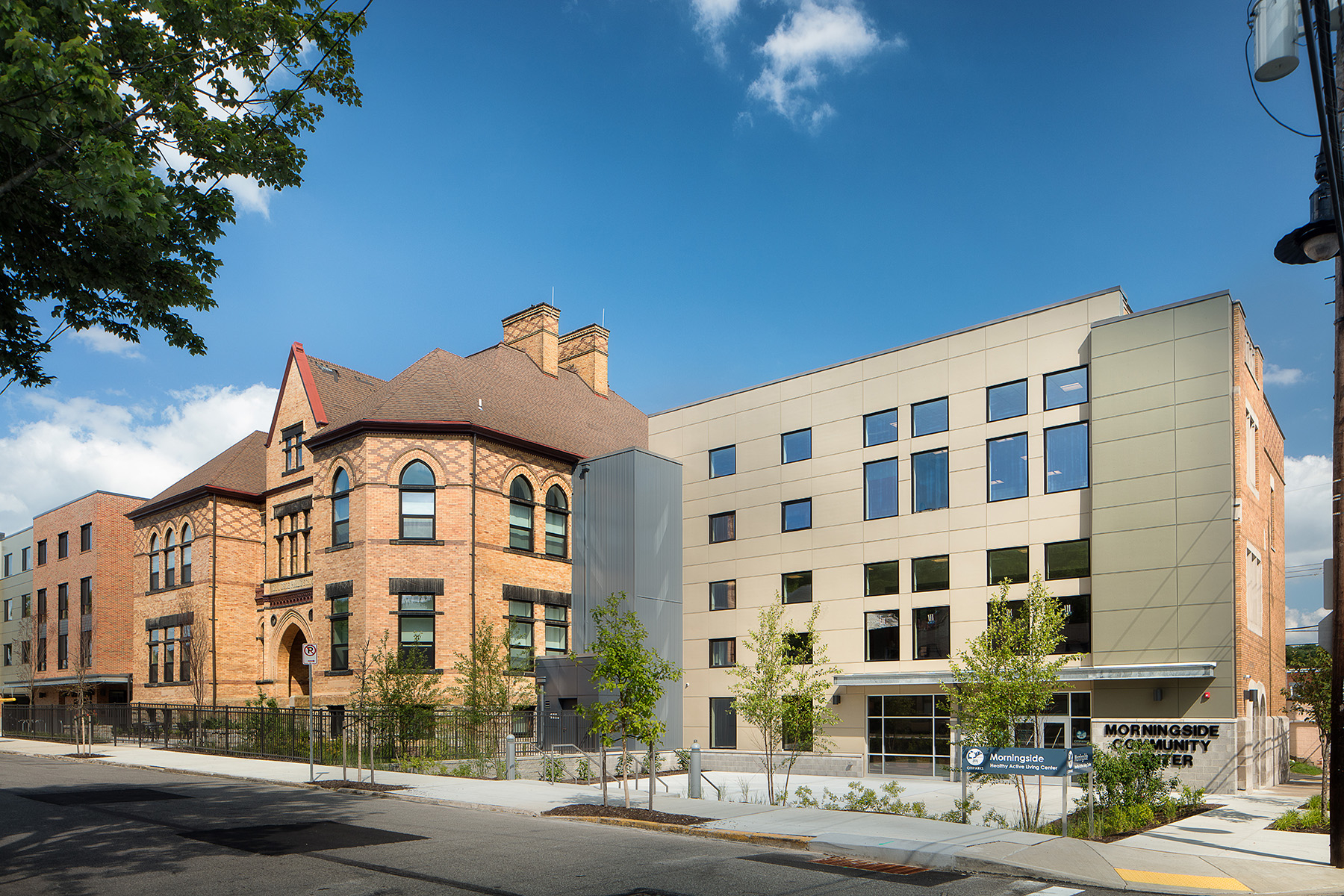 The envelope is a key point because even the most capable cold-weather Mitsubishi air-source device doesn’t seem to provide the same BTUs as a gas furnace or a ground-source heat pump. That’s why Passive House is a “holistic” design approach and why its certification is conditional on actual outcomes, not computer models.

Mechanical systems for Passive House tend to consist of an air-source heat pump and an energy recovery ventilator, and not much more —sometimes a backup coil. In the last year or two, new products are emerging that combine these into single units. Energy recovery ventilators imply 100 percent fresh dedicated outdoor air, a popular pandemic theme.

Low loads and tight envelopes (plus solar and home batteries) create resilience, a key climate change theme. Recently, Passive House enthusiasts in snowy, cold places started the PH Challenge on Twitter, which meant they all turned off the heat and waited to see how many days it would be before they were uncomfortable. It seemed to be seven to 15 days; code-built houses are probably two to three days.

Given that energy leakage is difficult to control with convective thermal bridge materials such as glass, windows are also a key issue with Passive House, which is why the minimum specification seems to be double-pane or triple-pane windows. Naysayers cynically point out that PH designers create windowless boxes; however, hundreds of architects have proven this wrong.

Laura Nettleton’s Carrick Library retrofit/expansion in Pittsburgh doubled its floor space, tripled its air volume and increased glazing by five times, yet still uses just 40 percent as much energy as the previous library structure on the same site. Pittsburgh is in the same climate zone as New York and Boston.

Another of Nettleton’s Pittsburgh PH projects contains insights about how we build and how we could build. The 68,000-square-foot Morningside Crossing Seniors Residence was originally built as a school in 1897; that section is still standing. In 1921, another wing was added and, in 2018, a third section was built. The third expansion was accompanied by a retrofit to the first two parts; the whole building now meets Passive House energy standards.

“I love the building, but it was a bear to accomplish,” Nettleton says. “We did 10 blower-door tests. When you put some of that old brick and terra cotta under pressure, the energy goes right out. One section was insulated on the inside, one on the outside and one was mixed.”

The team was determined and kept going until they met certification. It was worth the effort, as there are many positive aspects of this project. The most obvious one is that it uses 20 kBTU/sq. ft./yr. in a state that generates most of its electricity by burning coal.

Another plus is that the building was purchased by a developer known for saving structures from the wrecking ball and investing in renovations instead. This reduces public spending and cuts carbon pollution further by reusing existing materials in which the carbon for their creation, mining and transportation is already embedded.

“These projects were brought in for no additional money compared with code-built structures,” Nettleton explains. “If there is a modern-day premium, it’s under 2 percent and is easily recovered through the other benefits. Health benefits alone are meaningful. In the library, sensors monitor air quality; 90 percent of the time, the quality is superior to most other buildings and better than the air outside.”

The route to decarbonization generally includes electrification and a heat pump of some kind, but not always. In some climate zones in the south and west, an envelope upgrade and a heat recovery ventilator are enough.

If they beef up insulation in Quebec, they sometimes don’t bother with an efficient but relatively expensive heat pump and use resistance heaters. The province is blessed with so much inexpensive hydroelectric power that they give it away free to neighboring states and provinces during the night in some months.

Whether we’re talking about Passive House in Pittsburgh, geothermal in Massachusetts or some of these other paths to a cleaner future, the gravity of the situation is a certainty. We must find a way because decarbonization for climate change is a lot like vaccination for COVID-19.