Free Subscription
Home » Taco: Getting Ready for the Next 100 Years
Feature

Taco: Getting Ready for the Next 100 Years

With great traditions behind them, John White III and Benjamin White prep for great things ahead.

You might expect John White III to start at the top – and he did, in this case, it was at the top of the roof at Taco Comfort Solutions’ Cranston, Rhode Island, manufacturing headquarters scraping paint during the week of July 4th when it was 110 degrees plus up there. And if we have our notes right, that first day on the company payroll was the summer after 8th grade.

A tough task like that wasn’t his only job at Taco over the years. During his high school years and summers between college terms, he cycled through the maintenance department and then on to the factory floor assembling pumps and many other hydronic heating and cooling products the company is known for.

John III also traveled to the company’s Fall River, Massachusetts, fab shop, manning the burn table for a couple of summers, getting in, he adds, the best shape of his life.

“Cutting big sheets of steel to make tanks was one of my favorite things I’ve done,” he says.

It was pretty much the same path for younger brother, Benjamin White, who, however, at least started closer to the ground.

Taco turns 100 this year, and John III, 32, senior vice president of OEM Sales, and Benjamin, 30, vice president of corporate development, are the next generation to show how firm the bonds run among the White family and the Taco family.

Their great-grandfather, Elwood White, started the Thermal Appliance Co. in 1920, but passed away unexpectedly leaving John White Sr. to run the company. And in 1992, John Hazen White Jr., now the company’s executive chairman, set Taco on its current path of growth and development. 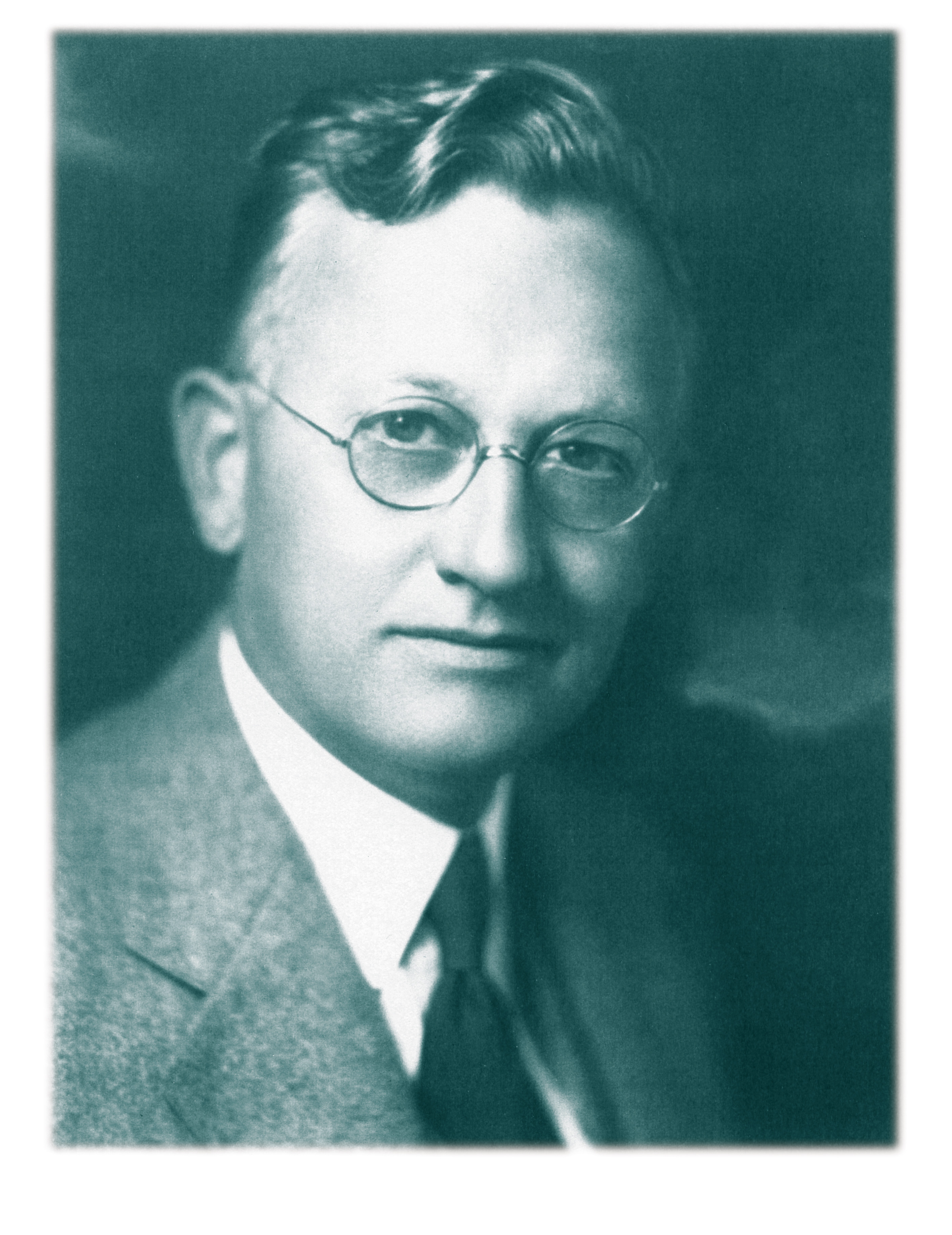 Now with his two sons, John Jr. certainly hopes to keep the company in the family for decades to come.

It’s safe to say that most everyone reading this magazine knows John Jr. and has read one or two or 20 profiles on the man.

While the company churns out an array of high-efficiency circulators, variable speed pumps, building management controls, and domestic hot water recirculation systems, and operates from locations in the United States, Canada, Italy, Switzerland, the Czech Republic, Germany, Poland, and Vietnam, John Jr.’s personality may well be the company’s greatest asset.

Anyone and everyone who’s spent even five minutes talking with John Jr. comes away from the encounter knowing he simply loves Taco and its employees with an authenticity not often found elsewhere in the C-suite

Taco’s the type of company, small relative to its competitors, that has thrown its personality into the PHCP industry. Big companies won’t do that. They can’t do that. They don’t usually have a “me” that contractors and other industry players can think to talk to.

John Jr. is certainly that “me” for Taco.

“I didn't go to business school,” he told us. No, he majored in English (so did his dad for that matter). As a result, he's spent his life at Taco focusing on its people.

“We are a family that works together to drive the company forward like no other," he adds. "With Taco, it’s not just about pumps and valves, it’s about a community.”

While few will argue with the time-honored adage that the customer comes first, John Jr. might debate that it’s the employees that come first. Provide them with what they need to grow and prosper, he believes, and they’ll in turn provide everything the customer needs.

As a result, anyone walking the factory floor with John Jr. knows he knows many employees’ names. He signs birthday cards and if he doesn’t recognize a name, he’ll make a point to go and find him or her.

“We do things very well here,” John Jr. adds, “and that is not going to be duplicated anywhere else. I’ve been all over the world visiting other manufacturing companies, and I have never ever found a better workforce in the world than we have right here in this company.”

We had planned a visit to Rhode Island for personal interviews, in particular since we hadn’t spent as much one-on-one time with John III and Benjamin like we’ve had over the years with their father.

But COVID-19 put the kibosh on our trip so we had to settle for a teleconference with the brothers one day and another phone interview with their father and Cheryl Merchant, who joined the company last year as president and was promoted to CEO this past March.

Like their father and grandfather, neither brother majored in business in college. Both attended Wheaton College in Norton, Massachusetts, even rooming together for one year. John III, majored in English while Benjamin earned his degree in psychology.

When both brothers got out of college and officially joined fulltime, they started out in technical services, manning phone lines and taking calls from contractors, wholesalers and engineers.

“It gives you a well rounded view of the company’s product lines,” John III adds. “Not only do you learn everything about Taco products, it also gives you the chance to talk directly with the end-users to see what their expectations are about our products.”

After a couple of years at that, John III spent a year in Philadelphia, working directly with one of Taco’s rep agencies, B.J. Terroni Co. 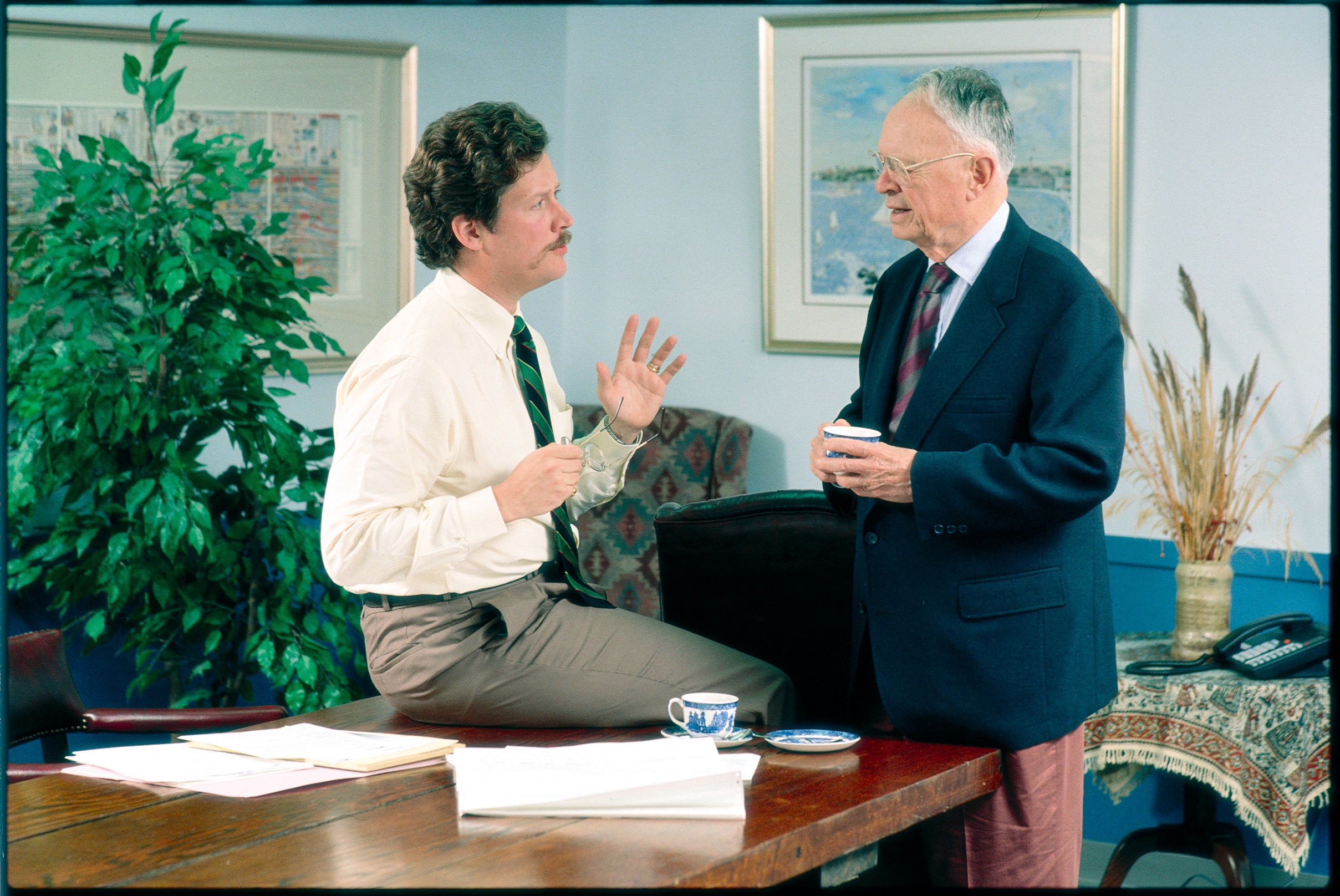 There, John III got solid sales experience working inside and outside sales, learning everything that a rep does to add value to the process every single day whether that was fielding technical questions or leaving on a Sunday to travel New Jersey, Pennsylvania or Delaware visiting various wholesale-distributors before heading back on Friday or Saturday. (By the way, his father also started out at a Taco rep agency.)

John III wrapped up his stint at the rep agency in its commercial division, learning the ins and outs of bidding jobs with the right products designed for the project.

“It was a challenging experience,” he sums up,” and one that I would never trade for anything in the entire world. I came away with a very solid understanding of the value that a rep adds to Taco, and just how important they are to our business model.”

As for Benjamin, after his time at the technical services department, he headed to a position in product management in the residential side of the business, in particular developing and refining the company’s popular “Double O” circulators, a product line that can trace its heritage back to the Perfecta, one of the company’s first major  product launches.

After that, Benjamin moved to Nashville, Tennessee, to help integrate the then-recent acquisition of Hydroflo Pumps, which added agricultural and mining pumps, among other products, to the Taco portfolio.

“That was probably two of the best years I’ve had,” Benjamin adds, “realizing all of the synergies that we had identified through that acquisition."

After returning to Rhode Island, Benjamin has since been involved in the corporate development team, a catch-all group for perfecting strategy, developing industry relations and enhancing just about every procedure common to Taco every day at its facilities around the world.

“It’s great to get involved in different parts of the company and learn really how everything takes place from the moment we receive an order to the minute that product heads out the door to delivery,” he adds.

By design, John III and Benjamin do not report to their father, and their responsibilities at the company do not overlap.

“They’ve both gravitated toward areas of the company that are based on their strengths,” John Jr. says.

To continue on a leadership path, however, both brothers are frank about the need for mentorship on managing and coaching others, for example, or crunching financial spreadsheets.

Which is where mentor meetings with Merchant come into play. Merchant made waves in the industry at the beginning of 2019 when she was named president of Taco. For more than two decades, Merchant built her career from shop floors to operations working with global automotive brands including General Motors, Mazda and Ford.

Now CEO, Merchant regularly shares her knowledge of lean manufacturing, supply chain management, production consolidation, to name just a few of her specialties, regularly with the brothers in weekly individual meetings. (And for the record, Merchant also has a host of scheduled meetings, including the daily 7:30 a.m. time for the executive team and other leadership meetings, too, for other Taco employees.)

“She's done a great job at helping us identify some of the areas that each of us needs in terms of our professional development,” Benjamin explains. “This is an opportunity to look in the mirror and say, ‘OK, what do we need to be proficient in?’ ”

Adds Merchant: “This company is in great hands. Everyone in business is familiar with this type of situation where the leader may want to step back or turn things over, and meanwhile the next generation either isn’t ready or there’s strife inside the company. That doesn’t exist at Taco. They’re bright and caring with strong hearts.”

And, of course, the brothers can also rely on their father for advice, too.

“Dad has always been the most supportive person,” John III says. “Not just with the business, but with everything in our lives. “I know it’s going to sounds corny, but we both know he’s right there behind us.”

From John Jr.’s perspective, the important factor is that his sons grew up in a home with a family that wholeheartedly loves its other family of Taco.

“I think that’s why John and Ben are here,” he adds. “I can tell you that they are not here by entitlement. They never asked to come and I never asked them to come. I can relate to seeing how they are treated as individuals and not as children. And Cheryl treats them as accountable executives and they’re responding to that. There are a lot of reasons to think about selling the company over the years and one them is, of course, succession. But on that score, I am completely satisfied that the boys are certainly capable of continuing to run the business.”

We were going to let John Jr. have the last word. But for a change, let’s close with Ben’s thoughts: “Dad always talks about it, but the first responsibility he has and that we now have is to our employees and making sure that everybody feels safe and comfortable and healthy and happy to come to work. Because from there, that's going to spread to what everyone spends their days doing and that also goes right into the product we’re sending out and to the customers who receives it. That’s just kind of infectious.”