One of the basics of plumbing is the necessity of a trap used on a waste pipe to ensure there is always a septic seal to separate the air in the home or workplace from the noxious fumes in septic systems.

The most common gases found are methane, hydrogen sulfide, nitrogen and carbon monoxide. None of these are good for you. We also know the trap is designed to contain a quantity of water that seals the pipe, creating a barrier between the building and the septic system.

We know this works because we don’t get odors, vermin, etc., entering from the system — most of the time. Sometimes this does happen and is the result of septic seal loss, typically due to evaporation.

Historically, the most common method to prevent a trap from going dry is to have a plumber install a mechanical trap primer. This can be expensive. And because the trap must connect to a pressurized water line, it might cause a more severe problem — a damaging water leak.

There are other alternatives, such as a liquid trap primer. If we are trying to prevent the water in a trap from evaporating, the simple solution is to replace the water with a liquid that will not evaporate. There are a few more features needed from that liquid:

What is needed is a specially engineered liquid formulated for this purpose, such as Utility’s Trap Seal liquid trap primer, which is specially designed for this application (Figure 1). Use whenever drain traps dry out, are not in use, are in remote areas, or wherever odors are a problem — floor and shower drains, sinks, toilets and urinals, water fountains or condensate drains. It is excellent for use in empty or vacant buildings, schools, hospitals, stadiums, factories and marine applications. 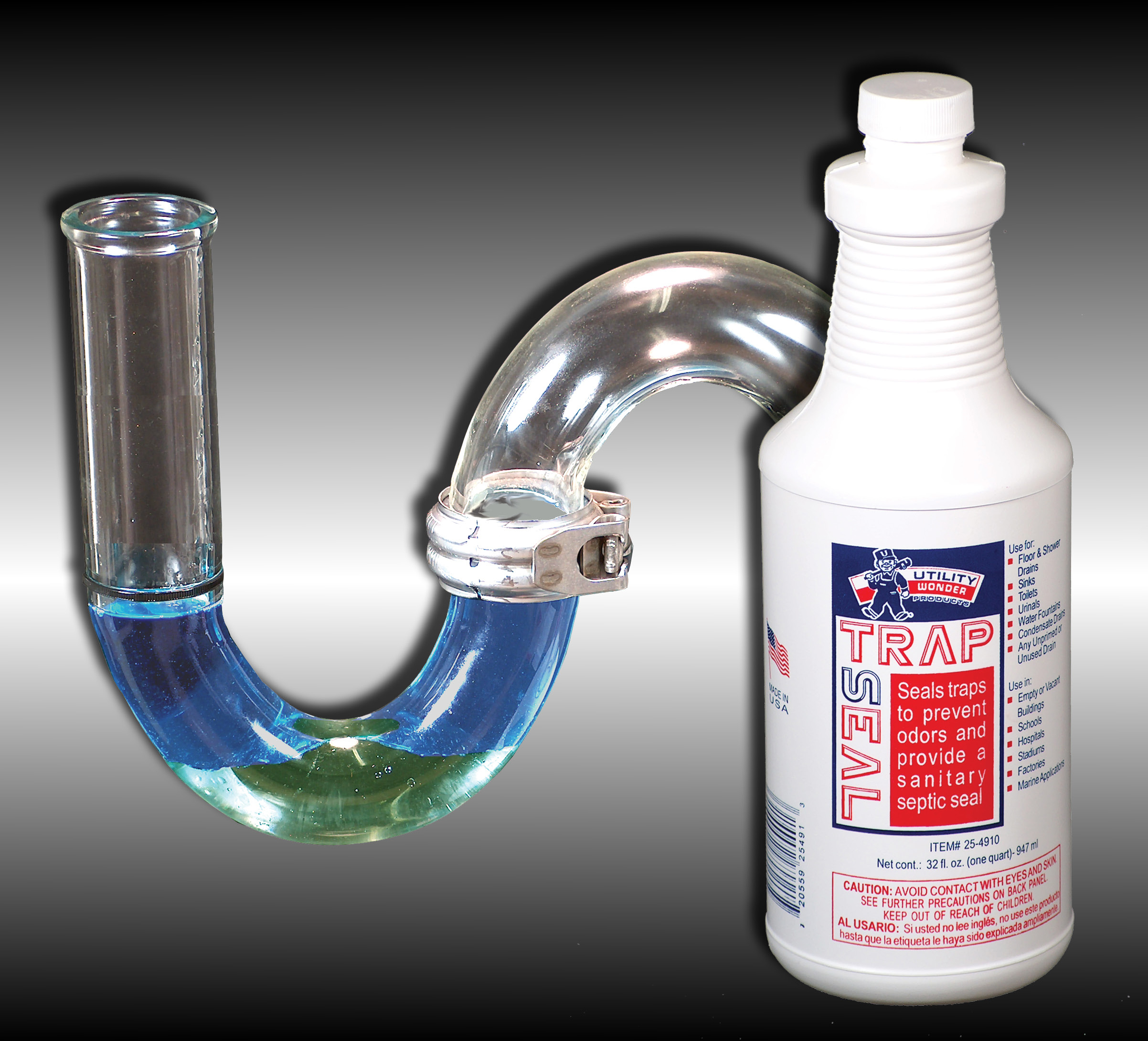 There have been other solutions to resolve this odor problem. A concept introduced in the last few years is a mechanical device, typically made of rubber, to act as a seal (Figure 2). These devices are less expensive than the mechanical trap primer previously mentioned but more expensive than a liquid trap primer. Many of these rubber-type trap sealers can be difficult for the typical homeowner to install, so the cost of a professional is incurred. 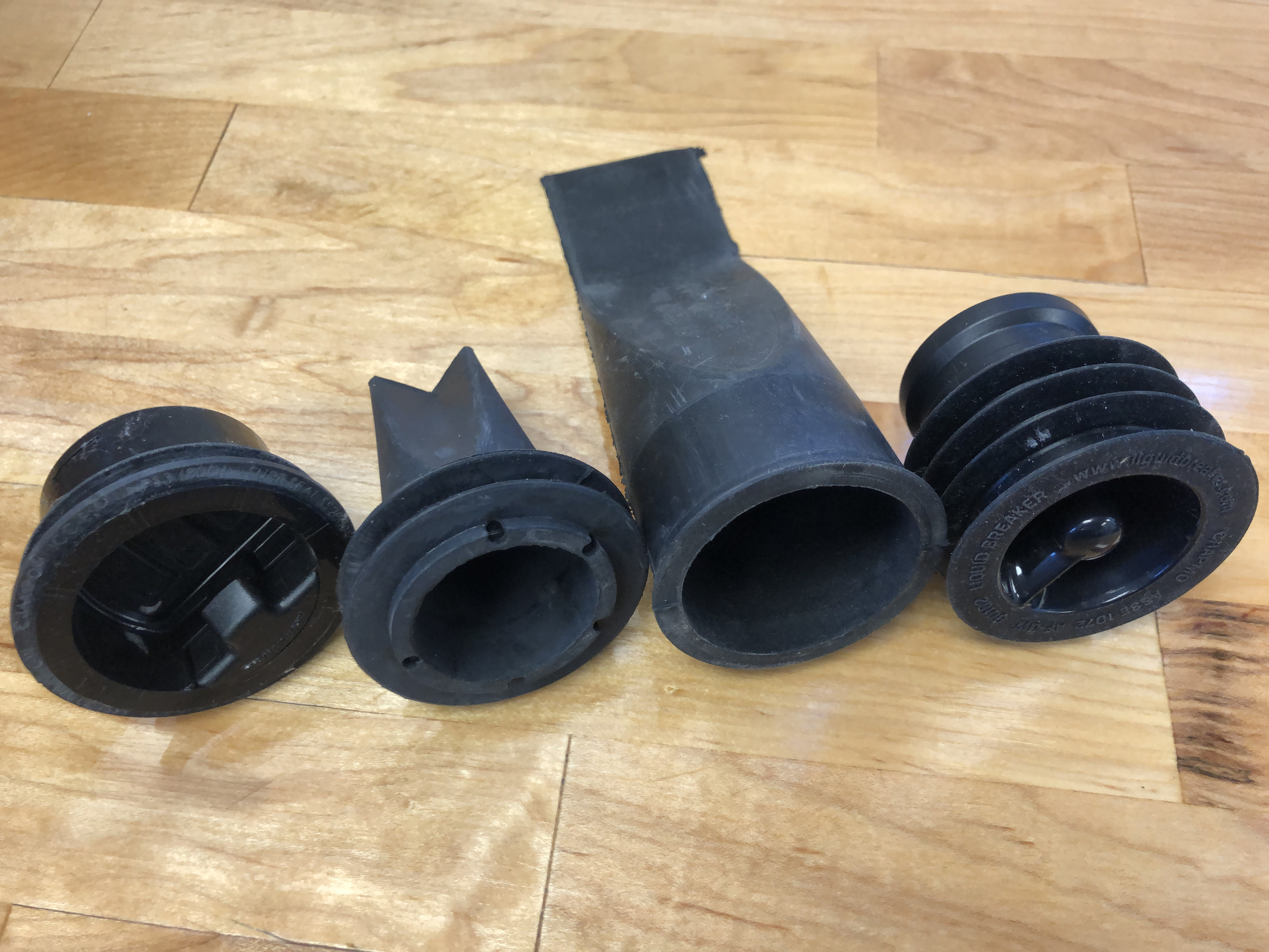 They also can restrict the diameter of the drain, resulting in a backup or a slow drain. And sometimes, they do not provide the required seal. For example, if the drainpipe is not perfectly smooth, a void can occur. This is shown in the top row of pictures in Figure 3, where a paperclip was inserted between the device and the pipe wall (on the upper, right edge). 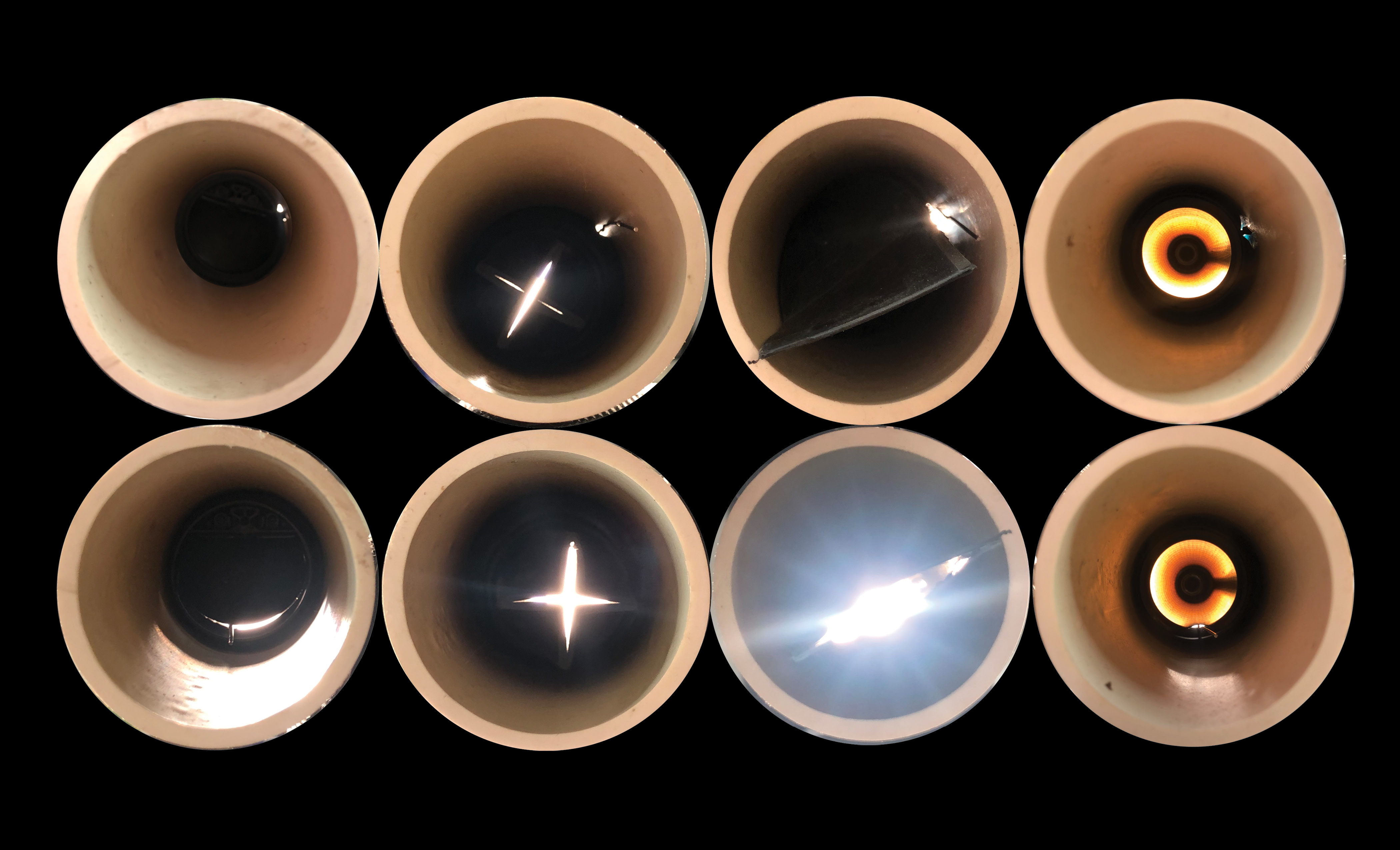 Light is visible, and if there is visible light, then gasses can pass through. In addition, a paperclip was placed within the sealing area to simulate a mop strand, hair clump, etc., and as seen in the lower row of pictures, again light is visible.

Since it is a liquid, a liquid trap primer always conforms to the shape of the drain, never leaving a gap — a one-size-fits-all solution. A liquid trap seal makes a perfect seal every time. Mechanical trap seals can have problems with hair or mop strands, drain imperfections or buildup.

So, if confronted with odors or vermin, these problems may be the result of the loss of a septic seal, and they can be prevented before they occur. Imagine the boys’ locker room at the beginning of the school year, where the drains have not been used since spring. And don’t forget the floor drains in kitchens and utility rooms.

These are places where this kind of problem occurs — and now you know what to do.

Q. Does Trap Seal trap dirt in the liquid?

A. No, it doesn’t, because it has a very low viscosity and almost no surface tension. Dirt would just pass through the Trap Seal, at least as easily as if it were water.

Q. How do I remove Trap Seal from a trap?

A. It doesn’t need to be removed. There is no reason ever to do that.

Q. I already have bugs or fruit flies coming out of my drain. Will Trap Seal stop this and kill them off?

A. No, Trap Seal is entirely nontoxic and won’t kill anything, but it can prevent future problems. The bugs or fruit flies might be living off the biological detritus found in the drain above the septic seal. First, use a strong lye or acid-based drain cleaner to clean the drain. Second, simply pour in Trap Seal to ensure the infestation doesn’t reoccur.

A. No, but if any water is still in the drain, the water can freeze.