The effort of re-doing something performed incorrectly the first time, aka Rework, is one of the main drivers of unnecessary costs and headaches in the industry, affecting every building project.

The size of this problem is directly linked to the size and complexity of each project, and future buildings are prone to continue increasing in both scope and complexity (ambitious concepts and design, packed with more technologies, meeting sustainability requirements, addressing population growth and demographic changes — all mega trends impacting the industry). As result, there is a growing realization of the urgency to adopt more efficient practices.

In this post, we want to explore the topic of Rework as one the direct results of the low productivity levels in the industry, and the impact of digital workflows to prevent it. 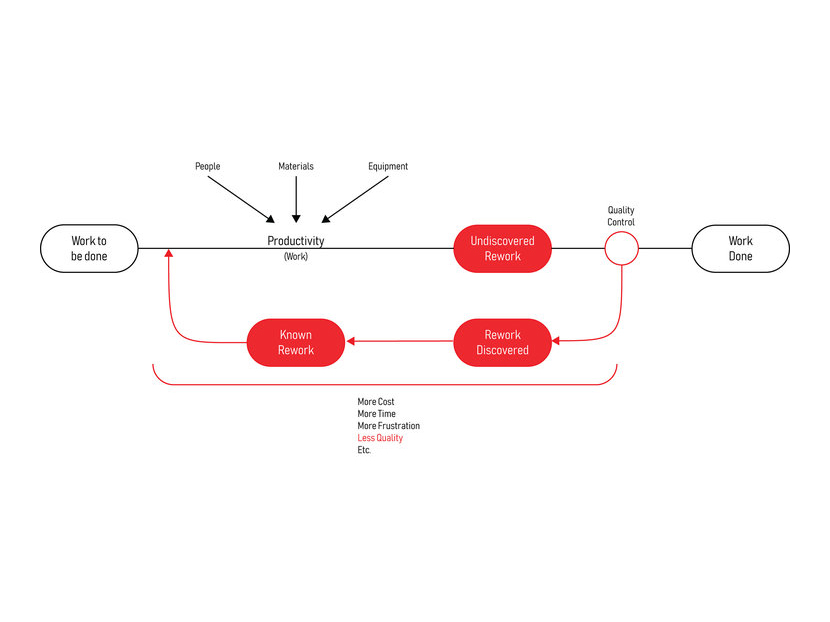 A $10 Trillion Industry with Stagnant Productivity

Let’s start with an unescapable truth: Construction has a tremendous productivity problem.

This is one of the largest industries in the world and is estimated to grow from $10.6 trillion to $12.7 trillion between 2017 to 2022—with a major driver of meeting infrastructure needs for an increasingly urban population and the rapid growth of emerging markets.

However, less than 25 percent of firms in this industry have matched the productivity growth of the overall economy in which they operate.

In 2015, McKinsey estimated that if this sector’s productivity were to catch up with the total economy, the sector would increase by $ 1.6 trillion, adding about 2 percent to the global economy (the equivalent of meeting about half of the world’s infrastructure need). 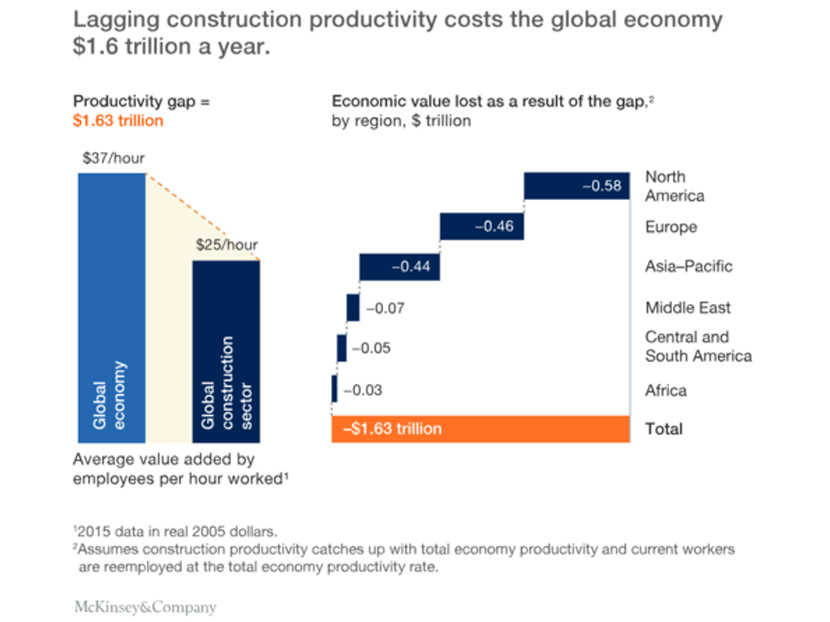 Consider the drastic digitization of other sectors that have transformed and re-invented themselves, and their productivity performance:

In contrast, the construction industry has remained stagnated for decades (circa 1 percent for the past 20 years) and remains as one of the least digitized sectors in the world.

The Costs and Causes of Rework

Generalizing the cost of Rework is prone to disregard the level of diversity across building projects and their varied levels of complexity, but we can draw important conclusions from different meta-studies and surveys carried out in recent years on this topic.

Last year, software supplier PlanGrid (recently acquired by Autodesk) published a report from surveying nearly 600 construction leaders, indicating that globally around $538 billion has been spent on Rework in 2018.

Other studies claim that construction professionals are spending 14-plus hours each week on suboptimal activities:

This means that only three days per weeks are effectively being used towards productive tasks. Two factors alone (poor communication and poor access to project data) accounted for $ 31.3 billion of Rework costs in 2018 in the U.S. market, which is really impressive as the United States is one of the most digitized geographies in this industry.

These factors carry a tremendous relation to Rework because inefficient coordination between teams, and the difficulty in digging out accurate project information, can directly result on mistakes being made at the jobsite.

This blog originally appeared on www.imerso.com. Follow this link to continue reading.