Contractor and training veteran helps prepare the next generation at Washington State business.

Steve Murray, a 37-year veteran of the PHCP industry learned firsthand how the labor shortage affects the industry. “The one constant at every company, including my own, was a need for trained personnel,” he says. “Most applicants lacked the necessary skills; or, worse, they had really bad habits. So, I started devising my own in-house training programs.”

With no shortage of news about the PHCP industry’s labor shortage, many plumbing and heating companies are taking it upon themselves to open their own apprentice training programs to turn out the next generation of skilled tradespeople.

We’ll plan more profiles in future issues of PHC News on these self-styled teaching initiatives, but let’s start with Murray, who currently is head of the HVAC department at CPI Plumbing & Heating, Mt Vernon, Washington.

While Murray joined CPI in 2016 to grow its HVAC business, CPI owners Brad Tully and Michael “Oly” Olsen, also wanted Murray to create its own apprentice program for plumbing and HVAC trades that provides accepted apprentices with paid, benefited, full-time employment and a solid career opportunity at CPI.

“Our biggest asset is our employees,” Murray says. “And CPI is limited in its growth because we can’t get enough manpower out in the field. And even if we can find people with reasonable mechanical skills, they might not be doing things the way we want it done.” 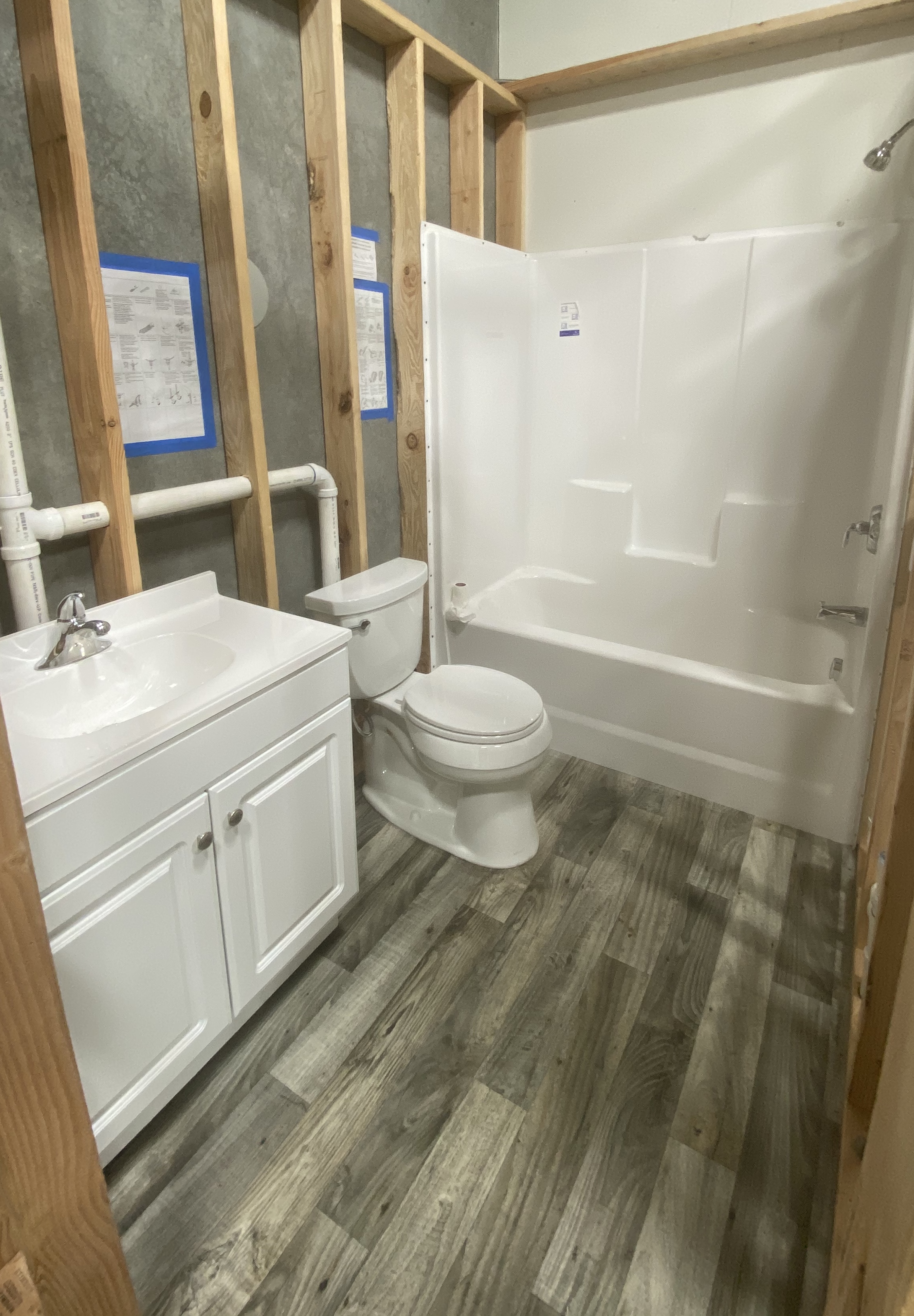 Murray began implementing the classroom curriculum at the beginning of 2019, but also organized the build out of CPI’s Training Lab, a 2,500-square-foot space complete with plumbing, hydronic and HVAC systems the company installs and services.

The Taining Lab is fully plumbed with its floor purposefully framed above existing plumbing connections for waste and water.

“The lab is set up to address a wide range of situations a tech might face, including worst-case situations,” Murray adds. “This kind of preparation ensures techs are adequately prepared for whatever they may encounter in the field.”

In all, the lab features a working bathroom, urinal and kitchen; two combi-boilers; two furnaces and air handlers, an electric furnace; tank and tankless water heaters; and a radiant heating system.

“The CPI Training Lab has been a significant investment for us,” says Murray. “We spent $25,000 to $30,000 outfitting the space, but we’ve been able to get much of the plumbing and heating products donated.”

While we didn’t get a chance to personally visit CPI, the company does have a tremendous 360-degree virtual display online at bit.ly/3riuiBs that allows anyone to “walk through” through the Training Lab. Along the way, viewers can easily click on icons to see all the donated product inside the lab.

“We really did get a lot of support from our vendors,” Murray adds. “They all know us since we've had such a long-standing relationship with them in our community. So it was a win-win for everyone.”

CPI’s owners couldn’t have picked a better guy to offer instruction. Murray first picked up on the trades after high school as he served five years in the Coast Guard.

“Everything on a ship runs through piping systems and steam,” he adds. “The plumbing systems are a little different because not everything aboard a ship rolls downhill. But it was a great training ground.”

After his service, he went to work for a property management company and then on to PHCP contractors as he became a journeyman plumber and HVAC service tech. He eventually ended up running his own contracting business for five years before joining CPI.

However, even when he was running his own business, he was also teaching the plumbing apprenticeship classes at the Construction Industry Training Council of Washington, a state-licensed, vocational trade school for the construction industry.

Murray has been a certified vocational instructor for the past 20 years. He also serves as a member of the CITC Mechanical Trades Apprenticeship Council, and has developed more than two dozen skilled trades courses for Washington State as well as Oregon, Florida and several other states.

Although he longer teaches the apprentice classes, Murray still teaches continuing education for the trades at the CITC one or two nights a week. And in addition to his PHCP credentials, Murray is a licensed 06A Specialty electrician and electrical administrator for more than 20 years.

Generally speaking, the 12-month curriculum is a combination of written quizzes and homework, plus ample hands-on assessments in the Training Lab. The first apprentices went through the paces of the plumbing program in 2020 and a separate HVAC program started up in 2021. The pandemic put an emphasis on virtual training as much as possible, but in-person learning returned in 2021. 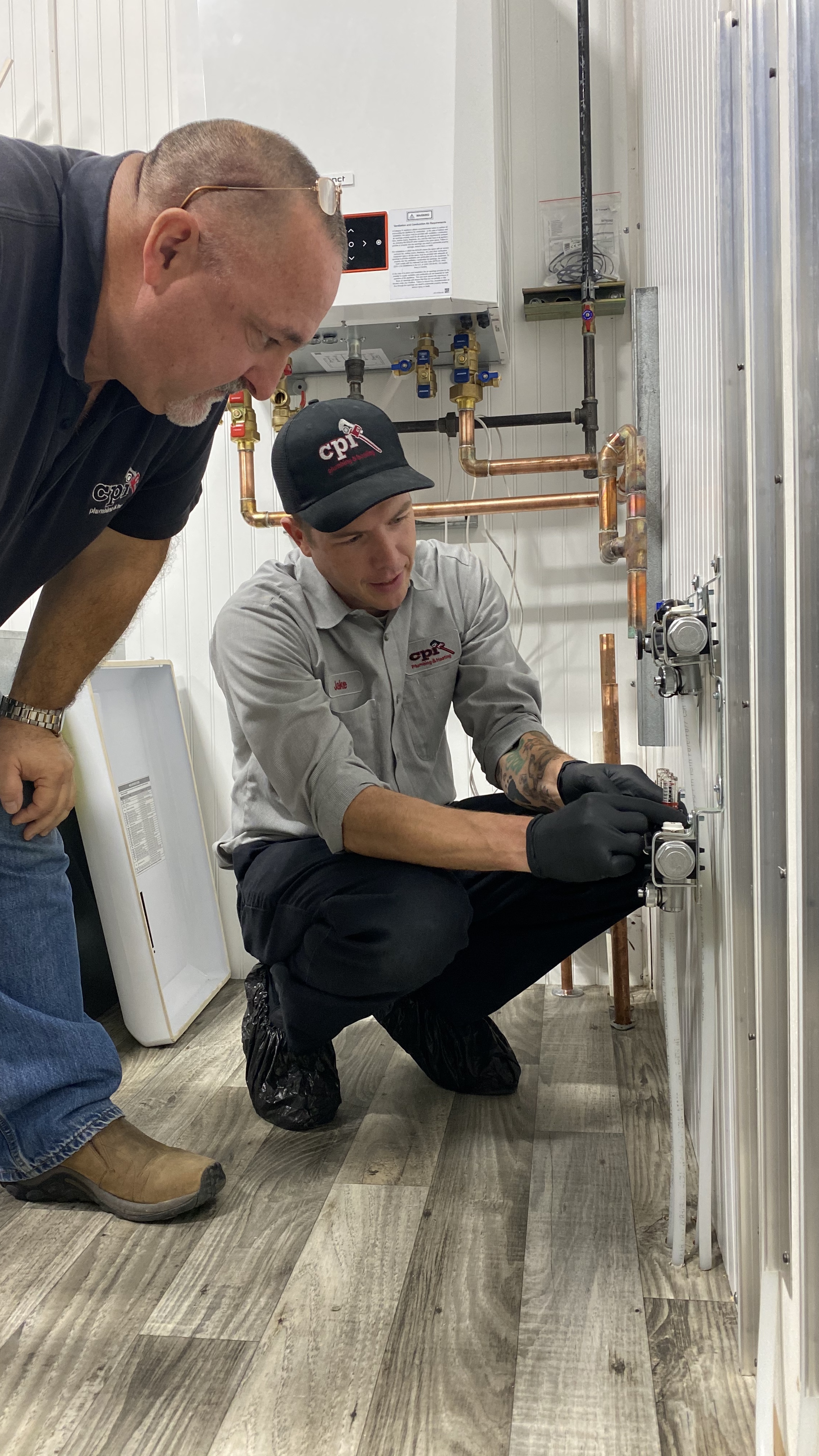 When the first plumbing apprentices started learning the trade, the training began with a three-month “boot camp,” featuring classroom training for eight hours a day Monday through Friday either inside a classroom or in the lab. Afterward, students would work out in the field along with a journeyman-level tech for ride-alongs.

However, Murray has since made some changes that put the students directly into the field as soon as possible.

“The first class was a training ground for the students, and it was also a testing ground for us, too,” Murray explains. “Most people who are attracted to the trades want to learn by doing and don’t want to spend hours at first inside a classroom.”

Murray also thinks it’s vital that students have the right mental attitude for the work.

“That’s just as important as learning the right mechanical skills,” he adds. “We found it worked best to show the students what kind of real work this is. This is hard work that we do, and it’s difficult to replicate the importance of getting a customer’s heat or water back on even when it’s 7 in morning or 7 at night.”

As a result, most of the formal onboarding work to go over company policies, procedures and expectations is done in the first week. From there for the next three months, classroom work is down to one day a week with the rest of the time spent working side-by-side with an experienced tech while making service calls.

“That obviously helps people know right away what they’re all getting in to,” Murray says. “After those first three months are completed, then we’re back in the classroom and in the Training Lab for three to four days a week where we go into more detail on, say, sewage ejection and water filtration systems.”

Murray continues that learning segment for another nine months, and then transitions the students back to working out in the field solo on minor service calls, such as regular maintenance agreement calls so that they can become comfortable working independently with a customer.

“That’s the part of the industry that not everybody is good at right out of the chute,” Murrays says. “It takes some practice to learn how to communicate with customers properly.”

While CPI offers both plumbing and HVAC training, Murray says they at the moment the instruction is weighted more toward plumbing than HVAC. For the plumbing apprentices, all the knowledge they’ll need to eventually obtain their state license for residential plumbing is addressed in the training. Washington State requires 6,000 hours of experience to obtain the license, capped at 2,000 hours annually.

By the end of training, the apprentices will move forward to the next steps of their careers and work toward having their own work trucks.

“We have the confidence that the people we train know how to do things correctly,” Murrays adds. “So much of what goes on in the trades is learning, one person to another. That system relies 100 percent on the person doing the training, teaching the right way to do the work. Without standardized curriculum, that is a crapshoot. The Training Lab allows us to make sure, before we send anyone into the field, they are trained to do work correctly — the way we want it done.”

Considering the expense of building the overall apprentice program and the Training Lab, Murray also puts his training expertise to use to educate CPI’s existing 12-person tech staff, too.

“I’m in the process right now of trying to work out a combustion analysis class with one of our vendors,” he explains. “That will be something that we bring in not just our apprentices, but our seasoned techs, too. Training never should stop no matter if you’re just starting out or been at this job awhile. If you’re going to be good at this trade and make a career out of it, you need to keeping training and learning.”