Geothermal heat pumps are the central component of the thermal extraction/rejection portion of energy recovery.

Where is most of the energy lost from our homes and buildings? Some might guess that it’s through windows and doors, poor insulation or inefficient appliances. The No. 1 answer could be down our wastewater pipe.

The Water Environment Research Foundation estimates roughly 80 percent of the latent energy in wastewater is thermal, 20 percent is chemical and less than 1 percent of the potential exists in hydraulic generation (https://bit.ly/3HRH8fE). That means the low-hanging fruit for our purposes is stripping the thermal energy (for which we’ve already paid) out of the wastewater leaving our homes and businesses. 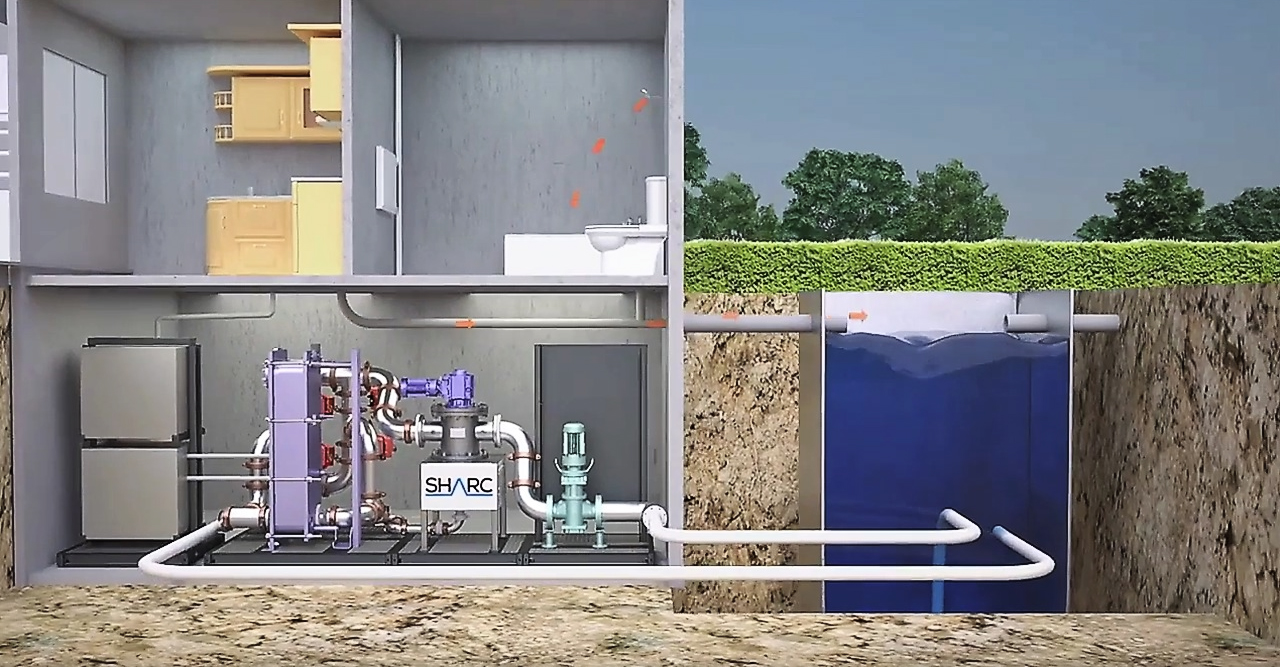 Every day, our homes, office buildings, schools, commercial establishments, hospitals, etc., have a tremendous amount of potable water piped into their plumbing systems. Nearly all potable water plumbed into buildings eventually goes down the sewer. The water comes into buildings at a temperature somewhat affected by the seasons.

For example, during the middle of the summer in the Southern states, it's not uncommon to see fluid temperatures at 80 degrees or above entering residential and commercial buildings. By the same token, during winter, it is not uncommon to see fluid temperatures in the 40 degrees to 49 degrees coming into our buildings, especially in the Northern states.

What do all these fluids have in common? They all eventually leave the building at room temperature, roughly between 65 degrees to 75 degrees. That is because the fluid coming into our buildings is tempered to conditioned room temperature; it’s how heat transfer works. Anything inside our homes and buildings will assume room temperature after a period of time. 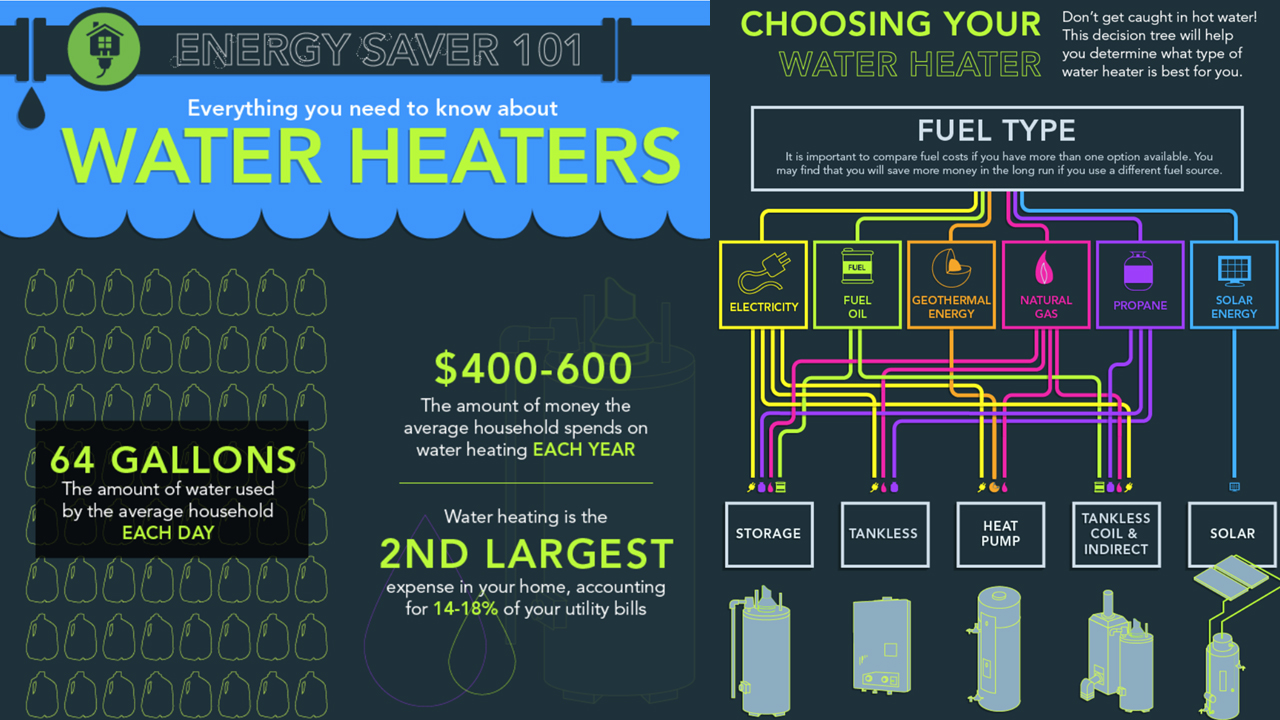 In other words, we are paying to heat and cool the fluids that come into our buildings at an average rate of 82 gallons/day (gpd) a person. Let’s talk about how much energy that is.

In 2020, the average annual electricity consumption for a U.S. residential utility customer was 10,715 kWh a year (https://bit.ly/35SSNxo). At that rate, wastewater extraction could provide an equivalent kWh (in thermal energy) for 44,846,395 U.S. households.

According to the U.S. Census Bureau, as of 2019, there were 139,684,244 U.S. households — meaning wastewater energy recovery has the potential to recover more than 32 percent of that energy.

Wastewater thermal energy extraction is here. It sounds messy, but don’t worry; others have done much of the dirty work for us. This technology is related closely in concept to energy recovery ventilators (ERVs) and will likely be a code requirement in the coming years.

Lynn Mueller, chairman of Sharc Energy, has been a pioneer of this technology and was in New York City with one of our clients in February 2022. This cooperative apartment complex in Manhattan saw that wastewater thermal energy exchange was the most cost-effective use of geothermal exchange-type heat pump technology available today to reduce greenhouse gas emissions.

Whenever you take a shower, run the wash machine or dishwasher, the temperature of the water going down the drain is going to be warm, at least as warm as the indoor temperature. It even counts for flushing toilets because those flush tanks often have enough time indoors to assume room temperature.

Wastewater energy exchange extracts the heat by sending wastewater through a heat exchanger, where a geothermal heat pump heats the domestic water. It can even provide space heating and cooling, or about any other heating and cooling function that may be needed.

Similar to an ERV in principle, the heat going out of the building is captured and sent back to a mechanical device — in this case, a heat pump providing domestic hot water, heating and cooling. In this process, the energy stays in the building and is re-used. 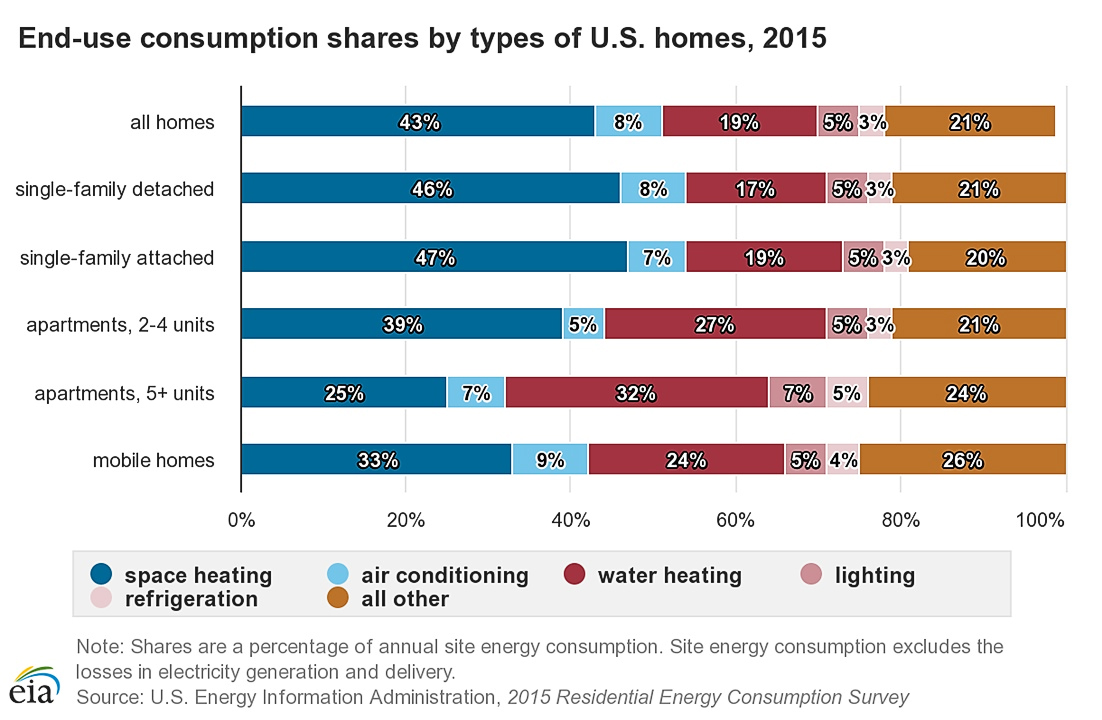 It’s important to understand some of the ways energy can be recovered. It’s easy to convert waste heat, or thermal energy, to a warmer temperature by use of a fluid/water-sourced heat pump, more often called a geothermal heat pump. A GHP’s job is to move thermal energy “uphill” — to increase the temperature. With 70-degree wastewater, the jump to 130+ degrees can be done efficiently, boasting a coefficient of performance (COP) of 4 or 5. A COP of 5.0 means that for every unit of electricity used, five units of heat are transferred.

GHPs are the central component of the thermal extraction/rejection portion of energy recovery. They use available energy in liquids between 25 degrees and 110 degrees and can absorb or reject heat to and from them. GHPs are thermal energy pumps, concentrating heat energy through the Carnot Cycle principle, delivering final temperatures from well below freezing to more than 140 degrees for uses such as space conditioning, refrigeration or domestic hot water.

Wastewater temperatures are favorable for the process of thermal transfer with GHPs. The average temperature of wastewater for all buildings/dwellings is between 65 degrees to 75 degrees, right in the middle of the highest efficiency ranges for GHPs. 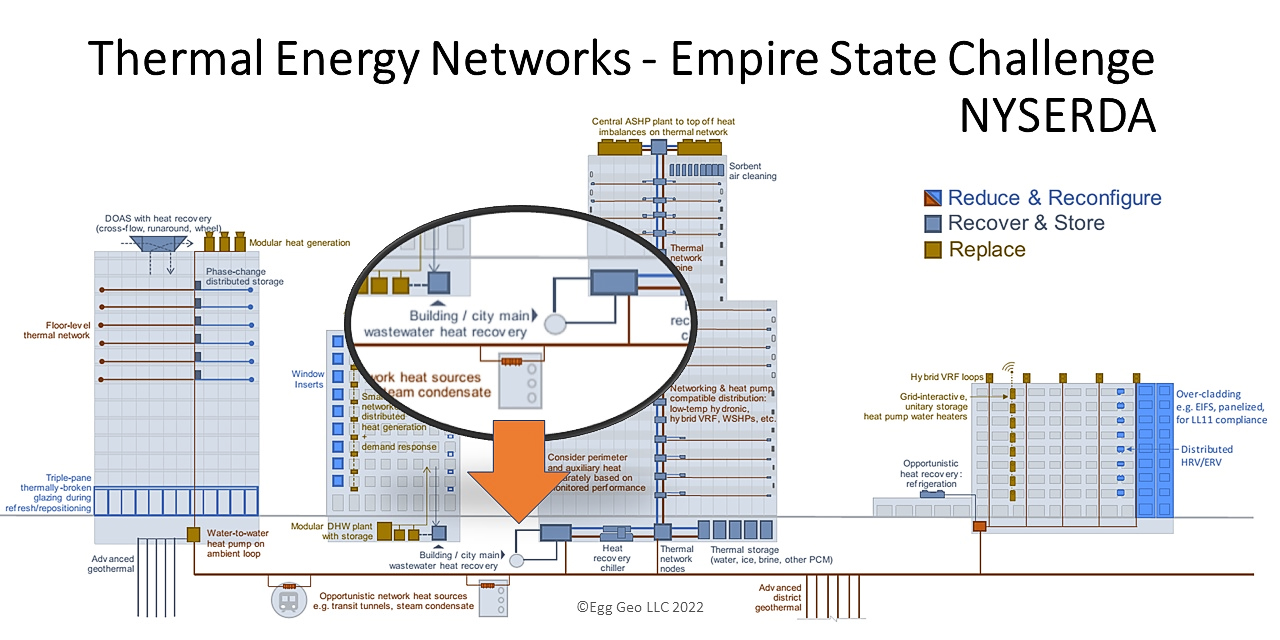 Hydronic systems are amazing because they effectively channel BTUs within a pipeline, unlike air-source systems. GHPs make the magic happen by manipulating BTUs to whatever temperature is needed at the time. They are the center of the energy universe for renewable and sustainable energy systems.

[Disclaimer: I’m a neutral industry consultant. This story was selected solely on its value to the industry.]