On the Road Again (Safely)

The pandemic didn’t stop some manufacturers from getting behind the wheel of their mobile training trucks.

We originally reported on mobile training trucks back in 2018. Some manufacturers mentioned at that time decided to pull their trucks off the road because of the pandemic and, instead, doubled down on online training.

Rheem Manufacturing, for example, pulled its customized 53-foot semi-trailer off the road. The mammoth vehicle could accommodate dozens of people at a time, but its use was no longer practical in 2020.

“We didn’t want to cancel our live-training events that had become so popular, says Scott Cohen, Rheem’s senior manager of marketing and training. “But pausing our in-person events was the right thing to do for the safety of our customers and staff. Everyone adopted virtual training rather seamlessly,”

The company retooled its live presentations for virtual use and still trained 19,000 people last year, which was nearly a 20 percent jump from 2019. 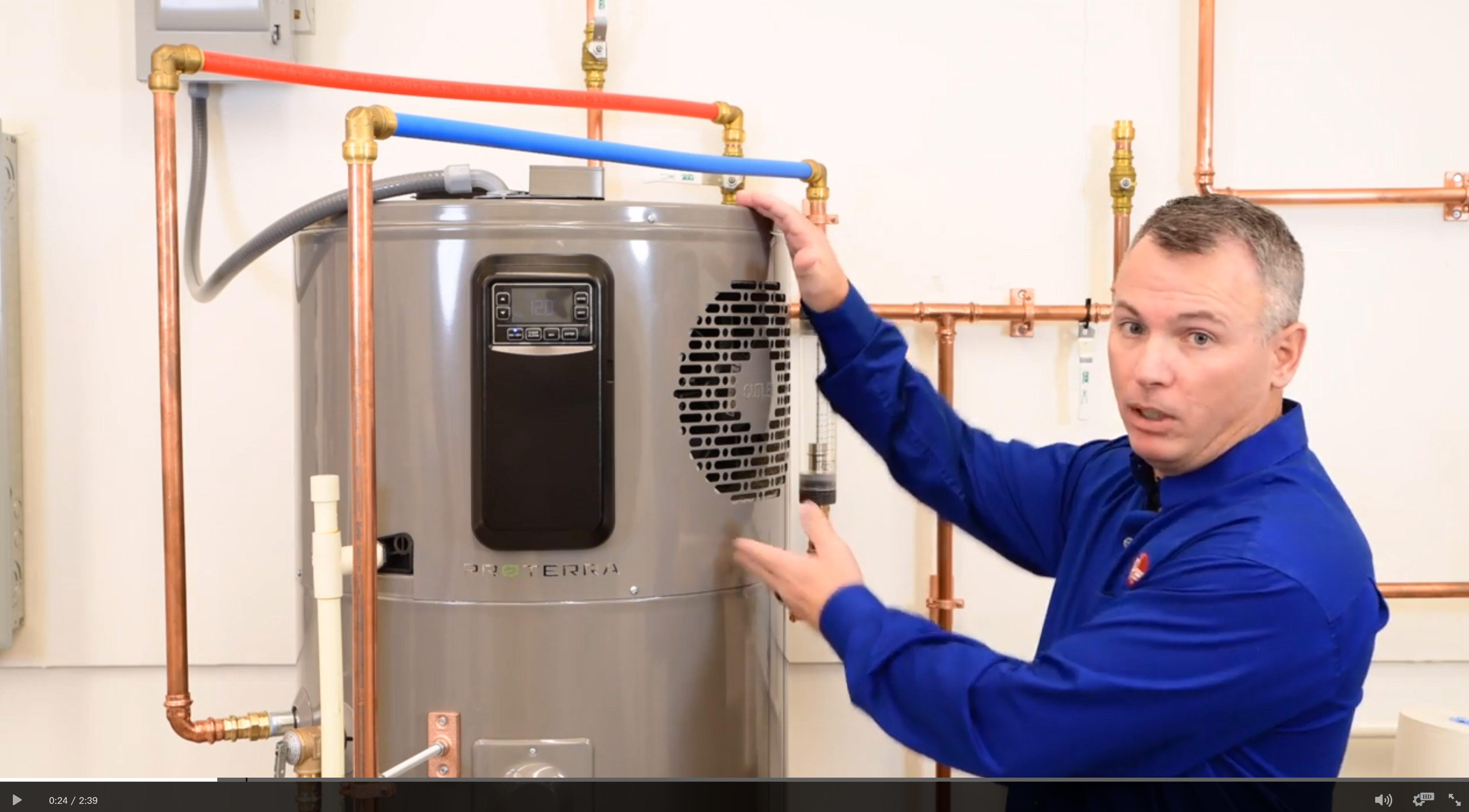 When doing live sessions, trainers would typically present in four-hour blocks. In moving everything online, the company customized content around a core curriculum. However, customers could add in specific modules pertaining to products they sold and markets they served.

“We challenged ourselves to take full advantage of the capabilities that existed through virtual video formats,” Cohen adds. “We needed to make virtual training space as engaging and valuable to plumbers as our in-person training had been. In fact, I doubt we will ever abandon virtual training because people appreciate the convenience.”

The company also developed a team of self-employed master plumbers to serve as support managers. The P2P (plumber-to-plumber) approach improves credibility because presenters are speaking in a language the audience understands, Cohen adds. Trainers can delve into technical matters that non-plumbers may have difficulty addressing.

“It creates a different dynamic that provides a richer training experience,” Cohen says.

Rheem developed a way to track training online so the firm can continue offering a certification program. It required a system to verify people were trained and, more importantly, that they absorbed the content.

The company plans to resume in-person training in September and staff members are working out details to put safety procedures in place.

The desire for live training remains strong among Rheem staff and its customers, Cohen explains, and he doesn’t see it ever disappearing completely.

“The ability to get your hands dirty by holding products, taking them apart for closer evaluation, and pairing that experience with real experts who know how to answer questions based on their deep understanding of the product is an invaluable resource,” he says.

“But, if people remain open to virtual training, then we will incorporate that into our plan, too, whether it is virtual reality or engaging in dynamic two-way conversations in a class experience over the Internet,” he adds. “We are going to train people how it makes the most sense for them and in ways they want to do it.”

Meanwhile, Noritz, which used a somewhat different vehicle – a pickup – to showcase its EZTR units, really went to town on digital training, including elaborately filmed teardowns of equipment, shorter installation and troubleshooting tips and an overall update to the Noritz University training site that made it easier for trade users to navigate. 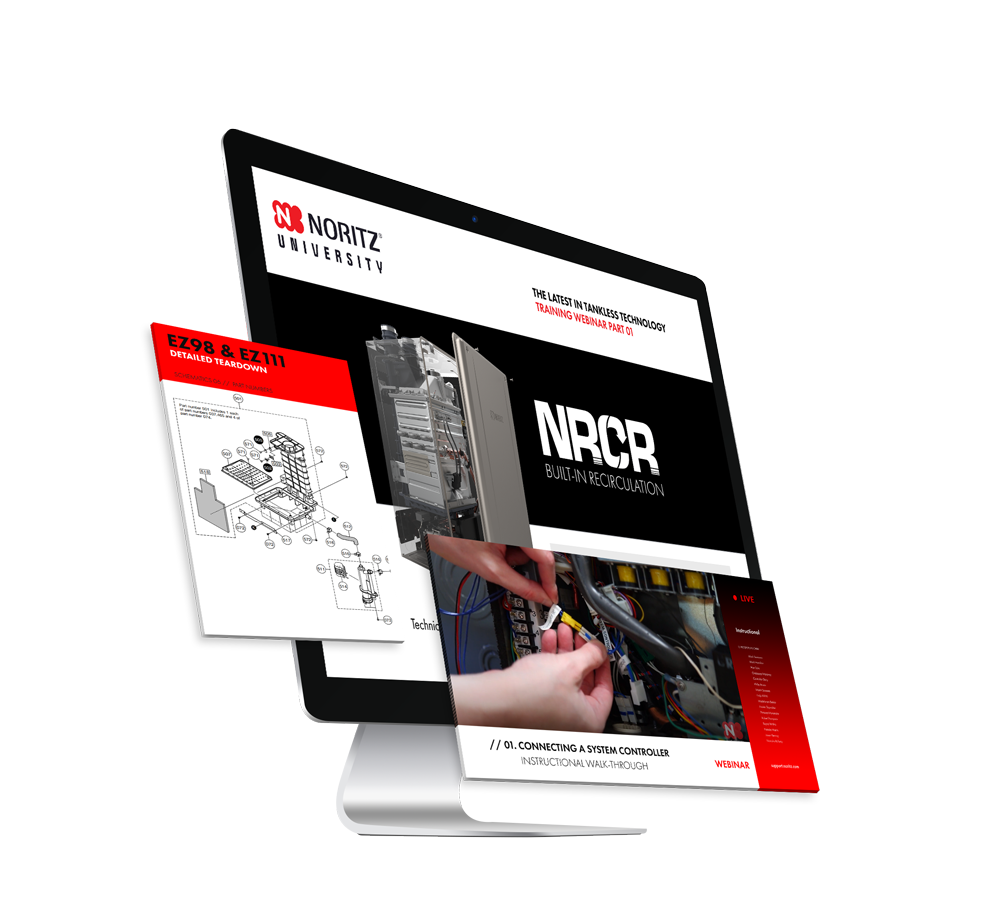 “We knew we had to get creative,” says Andrew Tran, marketing manager of Noritz North America. “Our first webinars got a great reception and that pushed us to see how much more training we could do online.”

Some of the first classes in the Tuesday series covered the company’s newest products, including the EZ Series and the NRCR with built-in recirculation pump; another focused on the features and benefits of the company’s commercial tankless water heaters; and another explained tankless accessories, such as the recently introduced NWCC WiFi Adapter.

To encourage attendees to ask questions, the webinars featured a panel comprised of members of the Noritz sales team that responded to questions live.

“The initial attendance figures were upwards of 100 attendees,” Tran adds, “which for us in very good. We’ve done webinars before, but never had that many attend one before.”

One day a week, however, wasn’t enough so Noritz also started Technical Wednesday and Tear-down Thursdays. Tran did give us a link to an archived Zoom presentation so we could see for ourselves what Tear-down Thursdays was all about. Not surprising, it features a Noritz trainer tearing down a tankless water heater for the company’s EZ Series. But we were really impressed with the deft camera work featured throughout the two-hour-plus seminar.

“We set up cameras with multiple angles and then also had a handheld camera to really get in close to provide a detailed look at the insides of the unit,” Tran adds. “We even went so far as to cut into the side of unit in order to provide a better view for the camera.”

To take the teardown concept even further, Tran told us when we talked that he had just watched a demo using VR and said that could be something added in the future to enhance the demonstration.

Tran also told us that the company is also incorporating more “self-paced” digital training that will allow users to go through, say, a two-hour webinar at their own pace without committing to a two-hour chunk of time all at once.

“An attendee may watch a PowerPoint presentation,” Tran explains, “and then take an exam in order to move on to the next part of the seminar. But afterward, they could log off and go about their day and, then, log back into the training at the best time for them to continue.”

In the meantime, Noritz launched a podcast series called “Talking Tankless,” last earlier this year. Two podcast are currently up, one on “NRCR – Things You May Have Missed,” and “Commercial Sizing and Rack Systems.”

“We just getting started with the podcasts,” Tran explains. “But I think they will prove very helpful considering so many of our installers are in their trucks all day long.”

And the company recently held its first classroom training inside its headquarters, marking the first since the pandemic that anyone from outside the company has been allowed inside the building.

“Things are starting to loosen up,” Tran says, adding, however, the company does not have any plans to put the pickup on the road for the foreseeable future.