Industry veteran Dave Poteete strikes out on his own to form Valparaiso, Ind.-based Tri-Star Pipe & Supply.

Conventional wisdom suggests that taking calculated risks in business urges you to learn new skills and evolve already existing ones, inspires creative thinking, and helps define true objectives. In life, pursuing something independently takes guts. While assuming the progress of a course of action requires courage and perseverance, it also takes a lot of support — often from those closest to you. But sometimes support comes from the periphery, from the past, or even from those working directly with you, day after day.

With support in his pocket and change on his mind, 30-year plumbing and wholesale industry veteran Dave Poteete set out on an independent quest — of ownership. “Desiring change, having the authority to implement new ideas and the ability to call the final shots when it comes to things I truly believe in — those drove my decision to purchase The Century Group of Cos. in July 2019,” Poteete explains. 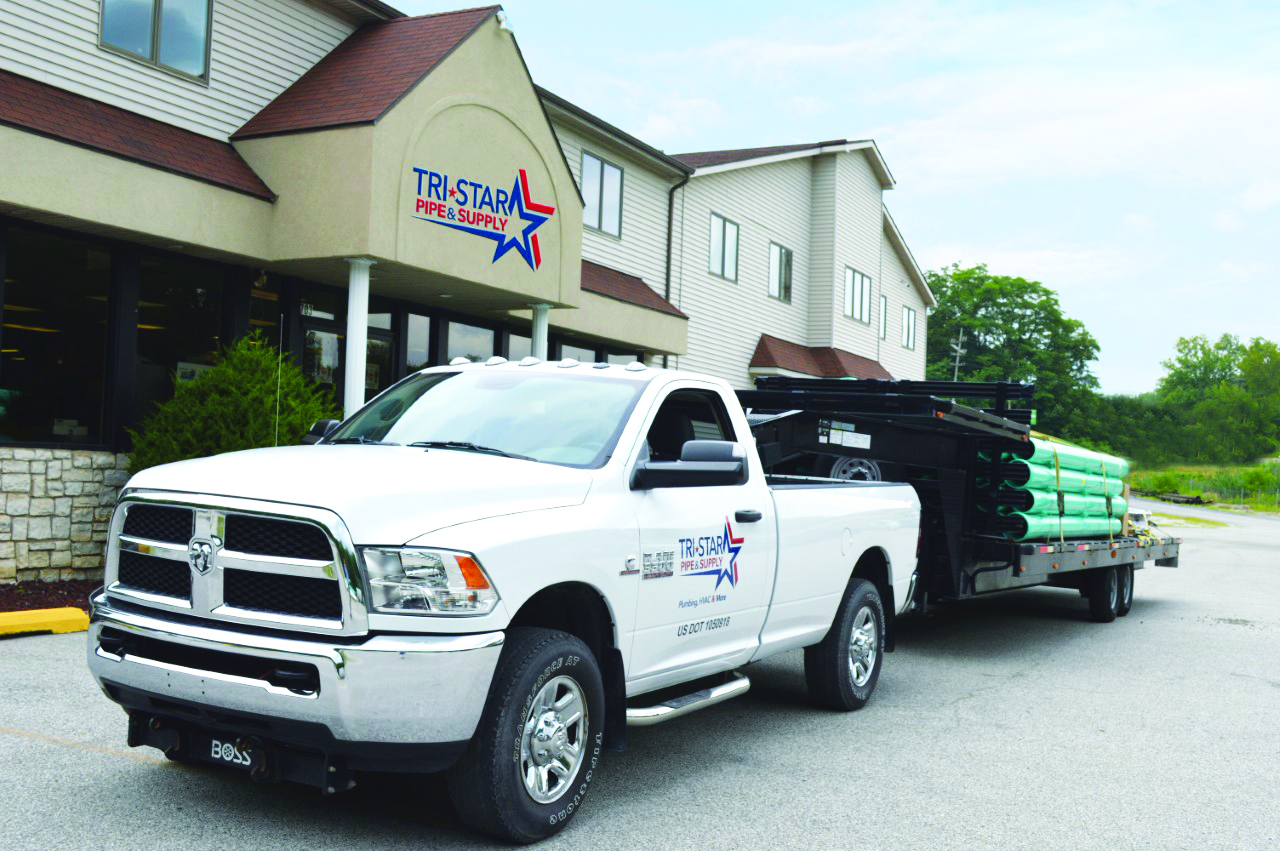 Tri-Star is one of the newest and largest distributors for Rheem water heaters in the area. The company also has key distribution partnerships with companies such as Delta, Liberty Pump, Charlotte Pipe & Foundry and American Standard.

With three main areas of business — pipe, plumbing and HVAC — Tri-Star Pipe & Supply works with some of the top brands in the industry in each of these sectors. “Because of our good standing with these partners, we can provide high-quality products and materials at a value,” Poteete says. “With my wife, sons, and a dedicated team of hard-working professionals, we are a family company of service, resolute in finding the solution that is right for our customers.”

Poteete says Tri-Star Pipe & Supply is committed to the service it provides. “That is our biggest selling point,” he explains. “Our biggest philosophy as a company, with all employees, is to find a reason to say ‘yes.’ There is a service component in the affirmative, and we provide that value. Our target customers are those who can see the value in what we’re offering and wish for true exemplary service.”

Appreciation is Key to Success

To learn the ropes, you’ve got to climb the ropes.

To get to know all the existing employees and businesses of the three entities Poteete eventually acquired, he spent a lot of time at each location becoming acquainted with the people, processes and products — particularly in Valparaiso.

“Because the product offerings there are so different, I spent a lot of time with a few seasoned veterans at that location to learn the ropes,” he recalls. “I drew upon them quite a bit and still do. On Saturdays, my job was to bring in breakfast for everyone, help answer phones and load customers. Having my boots on the ground was a great way for me to learn the nuances of each entity, and to meet more of our customer base.”

Poteete adds that it was important for the employees to see that he was going to be hands-on and involved, listen to their concerns and hopes for advancement, and be there for them no matter what. “Everyone has my cell phone number — we all talk, we text and we communicate,” he says. “Whenever employees have questions or problems, they know they can always reach out to me.”

The philosophy of the organization is to create a company culture that nurtures employee security and growth, empowering them to go above and beyond for Tri-Star Pipe & Supply customers.

To produce that reciprocal environment, Poteete says he spent a lot of time from the beginning with the employees to learn where there might be a need for improvement. 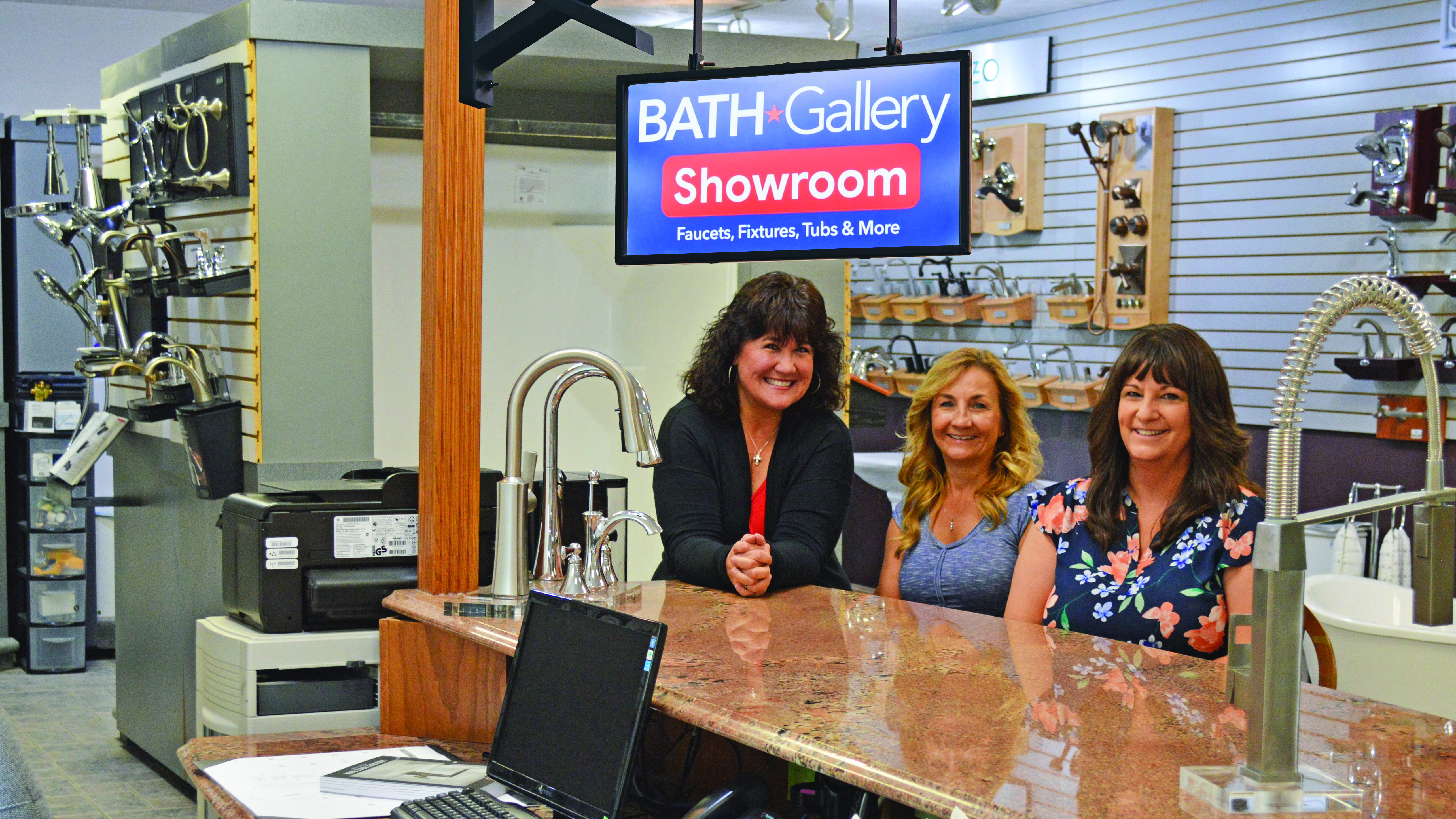 “I was able to talk them through the issues they had before the acquisition, and to come up with solutions moving forward, together,” he says. “One of the issues was with employee health insurance. We modified contributions, improved carriers and more than doubled the number of people on health insurance in the first couple of months of the acquisition. We also created and rolled out a commission-based incentive plan, as the majority of our employees — because of the will-call counters — all sell in some capacity.”

Tri-Star Pipe & Supply has focused on treating the three companies with its six locations as one inclusive enterprise. “We have become a pretty tight-knit group,” Poteete says. “In fact, we hosted our first holiday party in December, blocked off hotel rooms, and brought everybody in from every location. It was a huge success.”

Poteete says the biggest aspect that made the final acquisition such an easy decision was meeting the people at all the different stores.

“I don’t think I’d ever seen a group of people so engaged in what they were doing — they really cared,” he notes. “It made going forward with the purchase an easy decision for me. I had so much confidence in the employees; I wanted to make a difference in their lives as well, to reciprocate their support. Knowing that I had the employees already behind me made me confident to work even harder to make it work. The fact they supported this endeavor as much as myself, my family and my management team is monumental.”

Poteete says he is fortunate to have had mentors who showed him that appreciation is the key to a successful business — appreciation for customers as well as employees.

“A true appreciation for the employees ultimately results in the best experience for the customer,” he explains. “Our people make all the difference in the world. As a family business, we own our word. Our goal is to be accommodating in turnaround, appreciative in customer service, loyal to employees and customers, and a member of the community who delivers an impact that will be felt far and wide.”

To that end, Tri-Star Pipe & Supply is very involved in supporting its local communities. For example, the company has committed to sponsoring two homes for Rebuilding Together Duneland, an affiliate of Rebuilding Together. The nationwide nonprofit volunteer organization is dedicated to rehabilitating communities and homes of financially struggling homeowners — focusing strongly on the elderly, physically challenged and those with children.

“Their mission is to repair homes, revitalize communities and rebuild lives,” Poteete says. “We hope we can fulfill this commitment as planned this year, or as soon as it is allowed based on the COVID-19 pandemic.”

Poteete is a volunteer leader and current board member of the American Supply Association, inaugural chairman of the plumbing division of ASA, president of the Midwest Distributors Association for ASA, and the newest member of ASA’s executive committee.

As the national industry trade association representing distributors, manufacturers and manufacturer representative agencies serving the PHCP and PVF channels, ASA has had a significant influence on Poteete — not only from the countless people he has met through ASA who have becoame his mentors but also the additional level of credibility it gave him in the quest to purchase The Century Group of Cos. 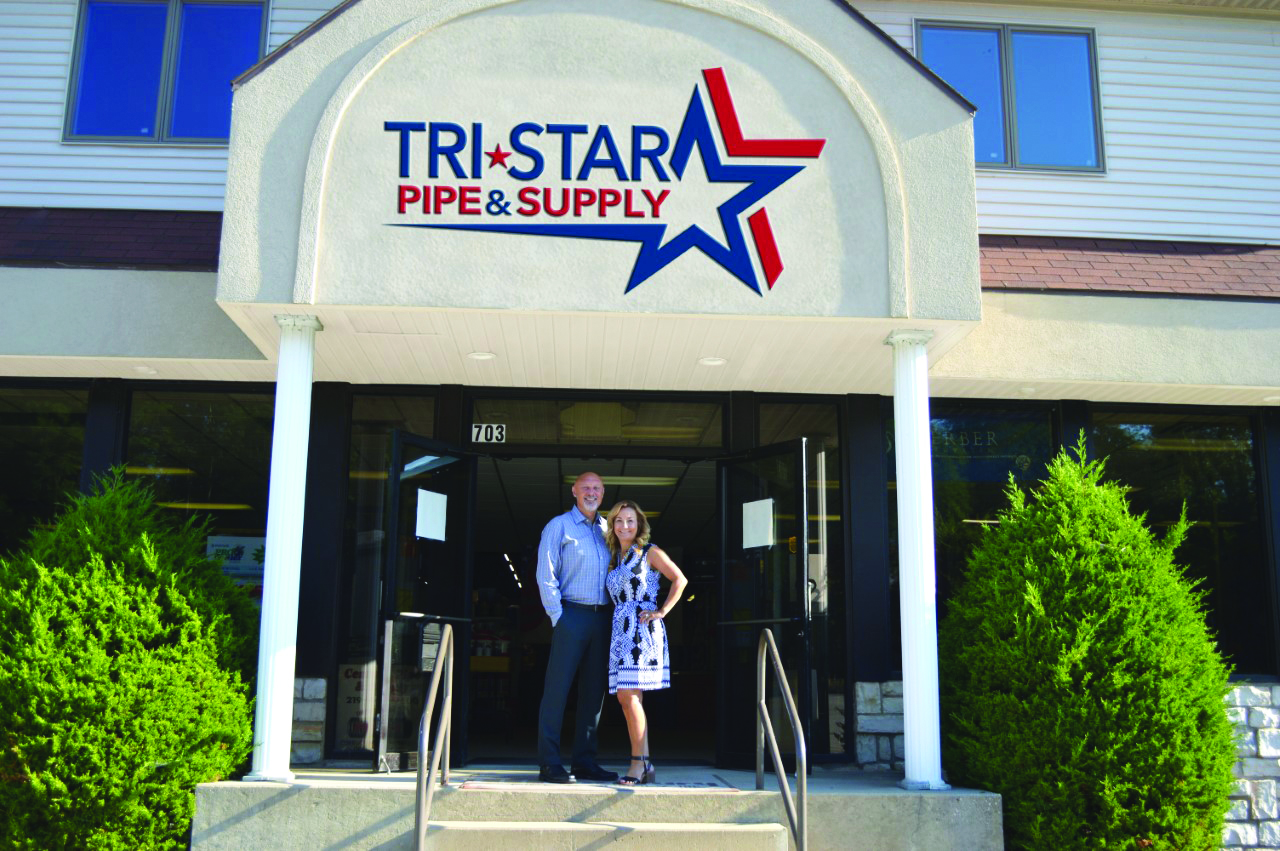 “I never expected to get that out of being a member of ASA,” Poteete notes. “I am grateful for the connections I made through the organization. My involvement with ASA has deepened my commitment to helping others in the industry, and I honestly do not believe I could have done this without them. What ASA brings to the industry — more than anything — is that it takes the little guy and opens him up to networking opportunities and vendor relationships he otherwise would never have had access to.”

Along those lines, Poteete says one of the contributions he has made in the organization is showing some of the younger people that they don’t have to be the owner of a large corporation to volunteer and still hold a seat at the table. “It’s about caring, dedicating your time and trying to make a difference in the organization,” he explains. “ASA doesn’t care what your name is or what company you work for. The members care that you want to help better the industry alongside everyone else.”

At the time Poteete joined ASA, he thought he had hit the pinnacle of his career, and that the industry had already given him so much more than he thought he could have ever achieved.

“I thought I had achieved what I had originally hoped to when I started on this path years ago, and I wanted to give a little back,” he says. “It is an underappreciated industry, and people don’t realize the opportunities that exist here. Look at where it has led me — to Tri-Star Pipe & Supply.”