The PVF Roundtable and THE WHOLESALER share exciting news!

As you flip through the pages of this month’s issue, you may notice something a little extra special.  This section on which this announcement appears is the launch of an official partnership between the PVF Roundtable and The Wholesaler.

This partnership comes at the heels of a very exciting time in the industry.  Legislation and business practices are evolving at a rapid pace.  We are keen on bringing you the most comprehensive and up-to-date news regarding the PVF sector.

So what does the partnership mean for you, the readers? Every month there will be this section containing meaningful content from the PVF Roundtable.  I will be working very closely with the Board members on delivering their message to a wider audience.  These messages will be in the forms of news releases, product releases, monthly PVF articles/columns, and PVF Roundtable event coverage.  These will also be found online through social media and our website.

Joe Pro, president of the PVF Roundtable, states, “the partnership between The PVF Roundtable and The Wholesaler will be a great opportunity to expand our message to the PVF Market.  The PVF Roundtable has grown incredibly over the last five years.  We now have over 200 member companies.  Our quarterly networking meetings in Houston are attracting over 450 attendees on a regular basis.  Through the generosity of our members, sponsors and volunteers we have donated $350,000 in scholarship money to higher education institutions for degrees and certificates supporting our industry.  With our donation, this fall we will reach the $500,000 mark.

Our partnership with The Wholesaler will allow us to expand our discussion on topics such as meetings, membership, scholarships, finances, volunteer opportunities, golf and fishing fundraisers and our newest addition, the Young Professionals of the PVF Roundtable.  In upcoming issues of The Wholesaler, we hope to highlight our Board of Directors, volunteers and sponsors.  All of us at the PVF Roundtable look forward to this exciting opportunity.”

In promoting the PVF Roundtable brand, this partnership will further strengthen and encourage their initiatives and activities such as the scholarship fund, Don Caffee golf outing, and fishing tournament.  These all point to the greater purpose served in the industry; that purpose being one of education, unity, and support to all industry members.  We are very excited to build and grow this partnership month by month.  Join me in welcoming the PVF Roundtable and The Wholesaler’s partnership in the industry! 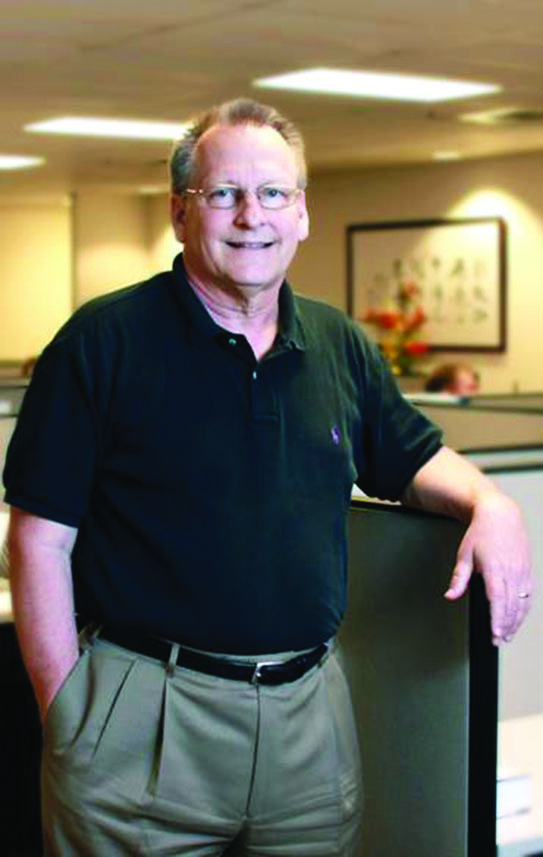 Q&A with Bob Hunter of the PVF Roundtable

As our official partnership with the PVF Roundtable begins, we spoke with Bob Hunter of Ta Chen International to gain his insights on the most recent PVF Roundtable golf outing and networking event held in Houston in May.

Danielle Galian: How long have you been a golf tournament chair?

DG:  Who preceded you?

DG:  How was this year compared to last year?

BH: For the last four years, it has always been a sellout.  However, this year we increased our scholarship contribution by about 25 percent.  Now, the golf outing is our largest fundraiser, but the fall Trout Blast is closing in!

DG:  Describe the future fundraising efforts by the PVF Roundtable board.

BH: We have some exciting plans.  We are talking to several large corporations to try and get them involved as well as continuing to try to get a celebrity endorsement.  The main sponsors come from the core members of the PVF Roundtable with a few outside vendors now becoming more involved.  We know the economic environment over the last few years has been tough, but the support from the members has exceeded our expectations.  We can’t thank them enough.

DG:  Share a brief history on the golf outing, first year? Who came out? How many foursomes were there the first year? The growth of the outing?

BH: The Don Caffee tournament was conceived by Owen Doss in 2009 with the first tournament later that year in September.  About 18 teams played in that event.  Tom Pettit with Piping & Equipment worked with him that first year, and chaired it the second year.  Kelly Kelsheimer took over from there.  Kelsheimer had some experience, and he gets the credit for pushing it to a larger tournament.  I volunteered with him for a few years and I learned a lot.  When he needed a break, Danny Westbrook with Westbrook Energy Group, Dennis Fikes, president of Energy Metals Inc., and I took it over.  I have had the good fortune to chair for the last three years.  This year we had 80 teams participate, and had to turn away about two dozen players.  Next year we are seriously looking to expand it to three courses, speeding up play for everyone and accommodating more players.

DG:  How has the sponsorship grown over the years? This year saw 40 sponsors.

BH: Brett Lossin, president of City Pipe & Supply Corp., was the first person, and the first company, to step up and commit to being the Title Sponsor for the tournament.  In addition, Brett has mentored us to make this a first-class event.  His participation has been invaluable.  There are several other companies that have made commitments to enable us to provide a first-class tournament.  Steve Letko and James Coulas, Jr.  with The Weldbend Corp. have given us tremendous support and became Co-Title Sponsor this year.  Anthony Luprete and David Caldwell with A&L Valve & Fitting provide valuable support to this tournament as well.  John Reidy and Raymond Russo with AIV Inc., and Steve Thomas with Bonney Forge/WFI complete the list of top sponsors that contributed huge support to the tournament this year.  These are just five of the more than 40 sponsors that we have, and we greatly appreciate all of them.  We tried to include all their logos in the June issue of The Wholesaler to show our appreciation to them for their support.  I would like to include a special thanks to Tod Griffin with Bray International, Inc.  It was the initial food sponsor for the tournament for several years.  The support from the PVF industry for this event has been tremendous, and the PVF Roundtable can’t thank everyone enough for their participation.  If you played, volunteered or sponsored the Don Caffee Golf event, you have helped to improve dozens of young people’s lives that the PVF Roundtable sponsors.

DG:  A lot of time and effort goes into an event at this magnitude.  Under your leadership how many volunteers do you have helping?

BH: We start planning the next event the day after the tournament.  Within a few weeks, we do a post meeting to review the things we did correctly, the areas where we had problems, and how we can make sure we don’t have those problems again next year.  We also try to evaluate how we can improve the tournament.  We poll some of the participates for their feedback as well.  The volunteers want to improve the tournament and make it a first-class event.  Presently, the core volunteer group is David Caldwell with A&L Valve, Kim Shelton-Brown with MRC Global, Corry Foster with 700 Valve Supply, Erin Rosenstein with Monico Inc., and Sara Alford with Newmans Valve.  Alford has evolved into the Co-Chair for the Don Caffee Golf outing.  In total, we had about 40 volunteers this year.  We have an organizational structure, and in that structure the lead people in the various departments have been working on this tournament for a number of years.  Their commitment makes it easier every year because they understand what is going on and what we must do to make this event a success.  Much appreciation goes out to them and their hard work and commitment.  We are seriously looking at expanding the tournament next year to three courses.  This would be a 30 percent increase in participation for volunteers as well as players.  So if you are interested in volunteering, email me at pvfgolf@pvf.org.  I can’t thank all the volunteers enough for their time and hard work to make this tournament the huge success that is has become.