The findings of an industry research project were used as the basis for code changes to the 2022 edition of NFPA 13.

Early suppression fast response sprinkler (ESFR) technology was introduced in the late 1980s. The ESFR sprinkler was touted as the replacement for in-rack sprinklers. The large orifice size and quick response thermal link are capable of delivering a previously unmatched quantity of water flux to an aggressive storage fire. In addition, ESFR sprinklers are ceiling sprinklers, thus not vulnerable to an inattentive forklift operator.

This project was unique due to the innovative use of the actual delivered density (ADD) apparatus as a scoping tool for full-scale testing. ADD testing is typically used for sprinkler listing or approval. The technology has been around since the 1990s. ADD testing allowed the examination of approximately 65 scenarios from which nine full-scale tests were selected.

ADD testing provides a methodology to identify trends and identify scenarios that may pass or fail the selected performance criteria. Given the wide range of variables included in the project scope, ADD testing proved to be a reliable and consistent tool to quickly and economically simulate full-scale test outcomes.

The work was completed in four distinctive phases, each building upon the tests conducted prior to obtain a comprehensive view of ESFR obstruction phenomena, as guided by the selected boundary conditions.

Phase 1 consisted of a literature search in which relevant research concerning ESFR sprinkler performance and obstruction criteria was collected and reviewed. Potential obstruction scenarios for the testing were also identified.

Given the infinite number of sprinkler obstruction conditions that may occur, boundary conditions for the testing were established. Survey results of NFPA 13 users worldwide showed that open web steel joists are the most commonly used structural roof system. Bridging members, which provide lateral support for maintaining stability under vertical loads, were identified as the most problematic ESFR sprinkler obstruction.

Discussions with leading steel joist suppliers indicated that the most common sizes sold are in the range of 22 inches to 36 inches in depth, with 30 inches deep being the most popular. 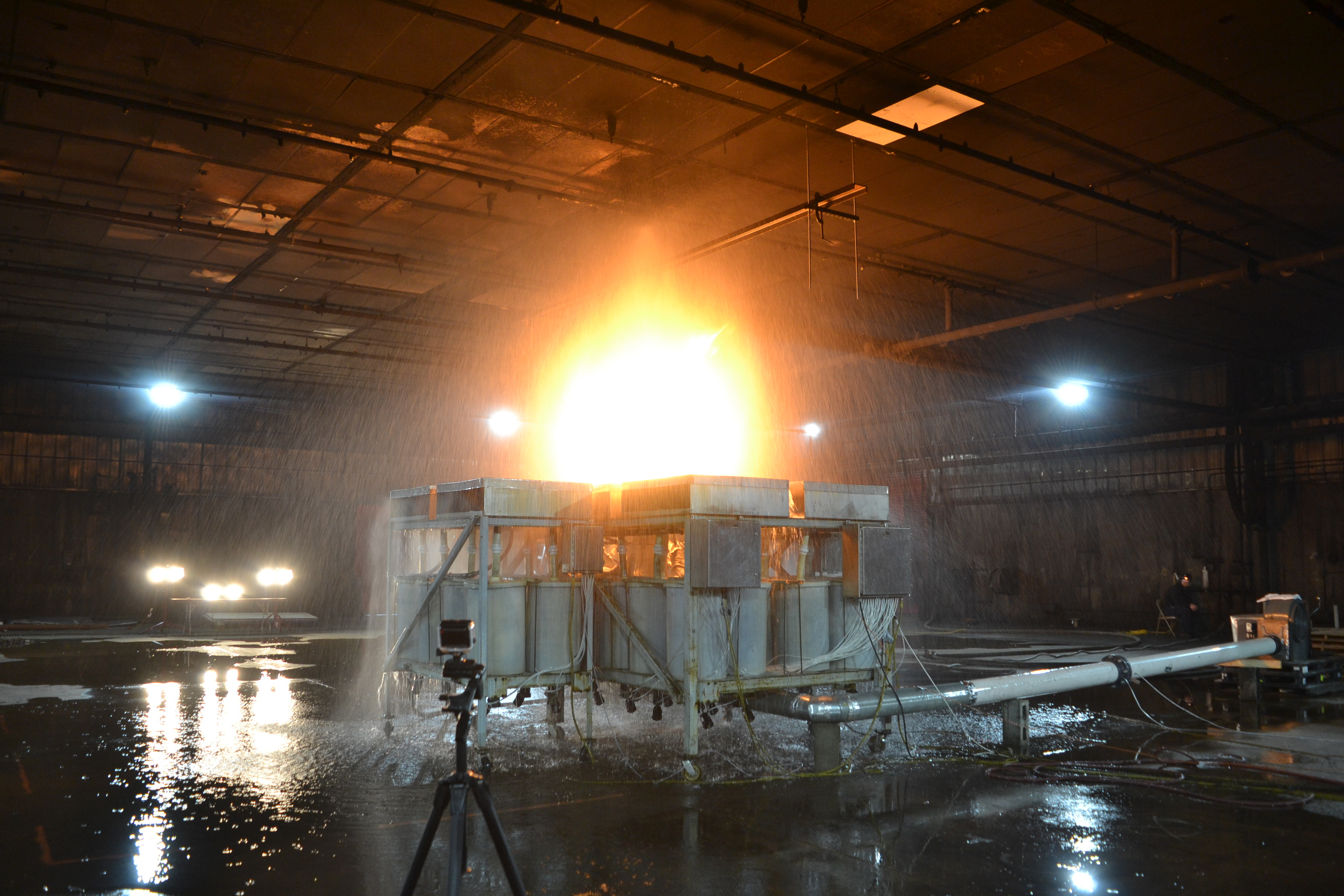 The use of K14 sprinklers was initially discounted given the recent controversy regarding the adequacy of K14 sprinklers to protect rack arrays of Group A plastic beneath a 40-foot ceiling. However, the extensive legacy use of the K14 sprinkler prompted the exploration of its performance in Phase 4. A total of 20 ADD tests were performed using similar test scenarios to that of the K17 ESFR sprinkler. 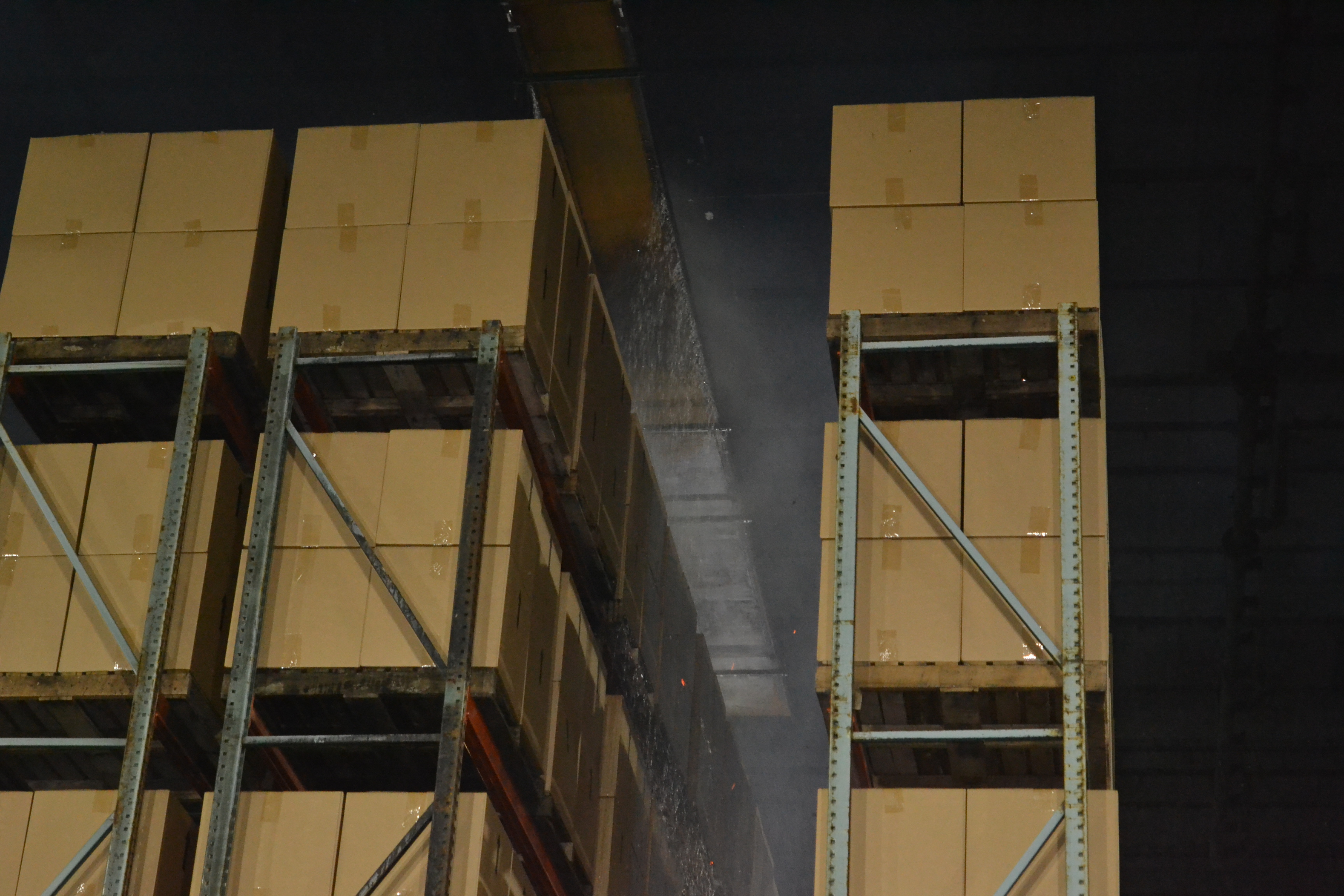 The findings of the project are as follows:

• The obstruction created by an open web steel truss 22 inches to 36 inches in depth, located a minimum of 6 inches horizontally from an ESFR sprinkler, will not significantly decrease sprinkler performance.

• The obstruction created by a flat or round obstruction less than or equal to 12 inches in width, located a minimum of 6 inches horizontally from an ESFR sprinkler, will not significantly decrease sprinkler performance.

• The obstruction created by a flat or round obstruction less than or equal to 24 inches in width, located a minimum of 12 inches horizontally from an ESFR sprinkler (K14 or K17), will not significantly decrease sprinkler performance.

In addition, an ESFR Obstruction Tool was developed and is located within the project’s final report, available at https://bit.ly/3ykn4xE.

Engineers & Specifiers Engineering Fire Protection Sprinkler Systems
You must login or register in order to post a comment.