He’s a serious guy with a heart of gold and a hydronic mind oozing with knowledge he doesn’t mind sharing.

Scott Fewer and I started as competitors, bidding on the same steam boiler replacements in multifamily buildings on the south side of Chicago. As with most of the companies I went up against, I did my homework on him; afterward, I wanted to crawl under a rock.

Four generations of steam boiler service and replacements and the same brick-and-mortar shop on S. Cottage Grove Ave. forever. Time in business doesn’t necessarily equate to a company that does outstanding work, but I had heard Scott was good — really freakin’ good and not just on the technical end of his business. I’ll get to that later.

Scott’s company specialized in steam systems; most of the systems they worked on were of the large and larger variety. Me? I specialized in hot water heating systems using modulating condensing boilers and low water temperatures, both residential and commercial. They both fall under the category of hydronics but could not be more different.

Most of the steam systems I worked on were residential, but it didn’t stop me from bidding on the same commercial steam boiler replacement as Scott. Maybe it should have. He didn’t know it, but he took me to school, and it was a hard lesson to learn.

It was five or six years ago but it plays in my mind like it was yesterday. I met the grizzled old maintenance man at the building, and he took me through the gangway between buildings, down the concrete steps and into the boiler room. The left panel of the Weil-McLain 88 was removed, exposing a crack at the waterline. The boiler was piped wrong and the leaking wet returns needed to be replaced.

I know how to pipe a steam boiler; this one was just six times the size of any we had replaced to this point. Bigger pipe, bigger sections, bigger wrenches and some more hours than we’re used to, but we could handle it. But to “handle” it, you must be awarded the project first; I was not. Scott was.

We both did work for the nonprofit organization that sent out the Requests for Proposals; it was our initial connection. I found out later that my quote was much higher than Scott’s. Exponentially higher, in fact. It was a new area for me, and I wanted to make sure I walked away with a profit. Well, I walked away with nothing except a rude awakening.

Scott knew what he was doing on this bid, and I did not. I overestimated time and material with the emphasis on time. I figured three guys for a week; his two guys had it done in two days. No corners were cut whatsoever. Scott’s steam boiler replacements were works of art, the type of jobs that cause your jaw to drop, your eyes to bug out, and your mouth mutter the word “Wow!’ at first glance. They were that good and then some. 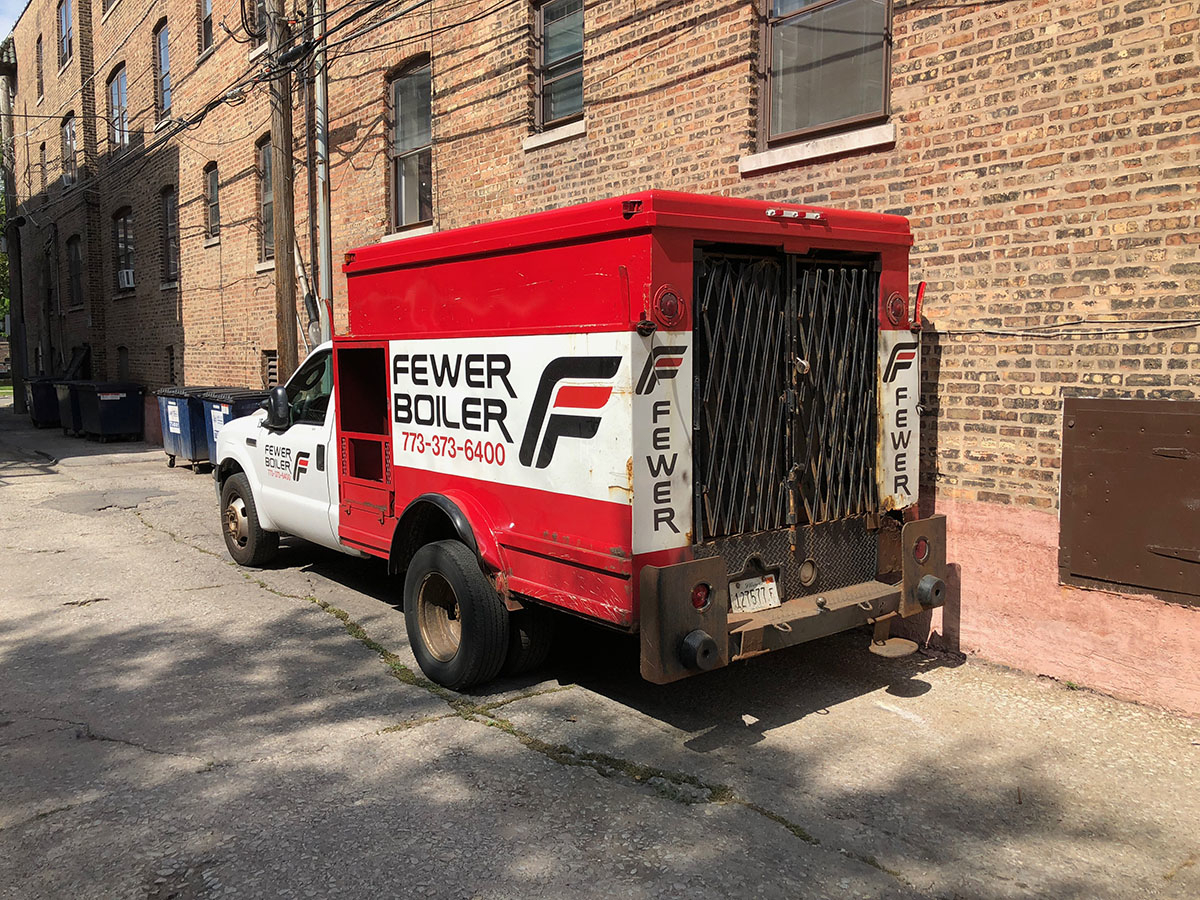 After that experience, I attacked those types of projects differently, and I’m grateful for remaining teachable after all these years. Thing is, I only lasted another year in the field and in business. My body was broken, and I wanted to move on to something different while remaining in the hydronic industry.

Turns out, “something different” would be working for the same company that sent out those RFPs mentioned earlier. My job, by and large, was to inspect boiler installations that ran through the company to make sure they met both code and the standards we set above and beyond code. This time, Scott and I were on the same side, and I preferred that.

In the time I worked for that company, I learned more about steam systems than I had in all my previous years; Scott is solely responsible for it. You see, he’s been doing steam his entire life and he’s older than I am. Steam piping has been done the same way for quite a while now; his team excelled at that, but they knew how to dial it in, too. His knowledge of the new burners and controls was above reproach.

But what really grabbed my attention was his encyclopedic knowledge of the old systems such as Kewanee brick-set boilers. When you walked into a 100-year-old boiler room with Scott, you were getting treated to more historical information than you thought possible. The hydronic geek in me couldn’t get enough of it.

He’d see some old scrap of cast iron laying on the floor and say, “You know what that is, don’t you?” And of course, I had no idea and then he’d tell me how it was used as a manual tool to clean out the ash below the burner. I own that tool now, but I can’t for the life of me remember what it’s called. It sounded more like a French cheese than a boiler ash tool. The man is generous with sharing his knowledge and I’ve been a direct beneficiary of it — but his generosity doesn’t stop there.

In fall 2018, Scott and I were standing near the alley in the rear of two large buildings waiting for the buildings’ owner to show up. He was already 20 minutes late, so we had time to talk shop.

Scott and his team had replaced the boilers in both, and I was there to inspect them. Yes, I was inspecting Scott’s work. Go figure. Truth is, I’d walk in, genuflect, glance over the work, praise his guys, say “Wow!” an infinite number of times, and then give it the highest score I could every single time.

He always got a score of 4 from me because he deserved it. Each of his company’s installations looked identical — textbook piping painted silver, gas piping painted a glossy black, every component professionally labeled, and a manifold for the controls is still the best I’ve seen. I don’t think I ever gave anyone else a 4.

You would think all this would be enough to separate Scott Fewer and Fewer Boiler from all the others, and it certainly is — but there’s more. During our conversation, I asked Scott how long he planned to keep going. It was then that I began to understand what the man was about. 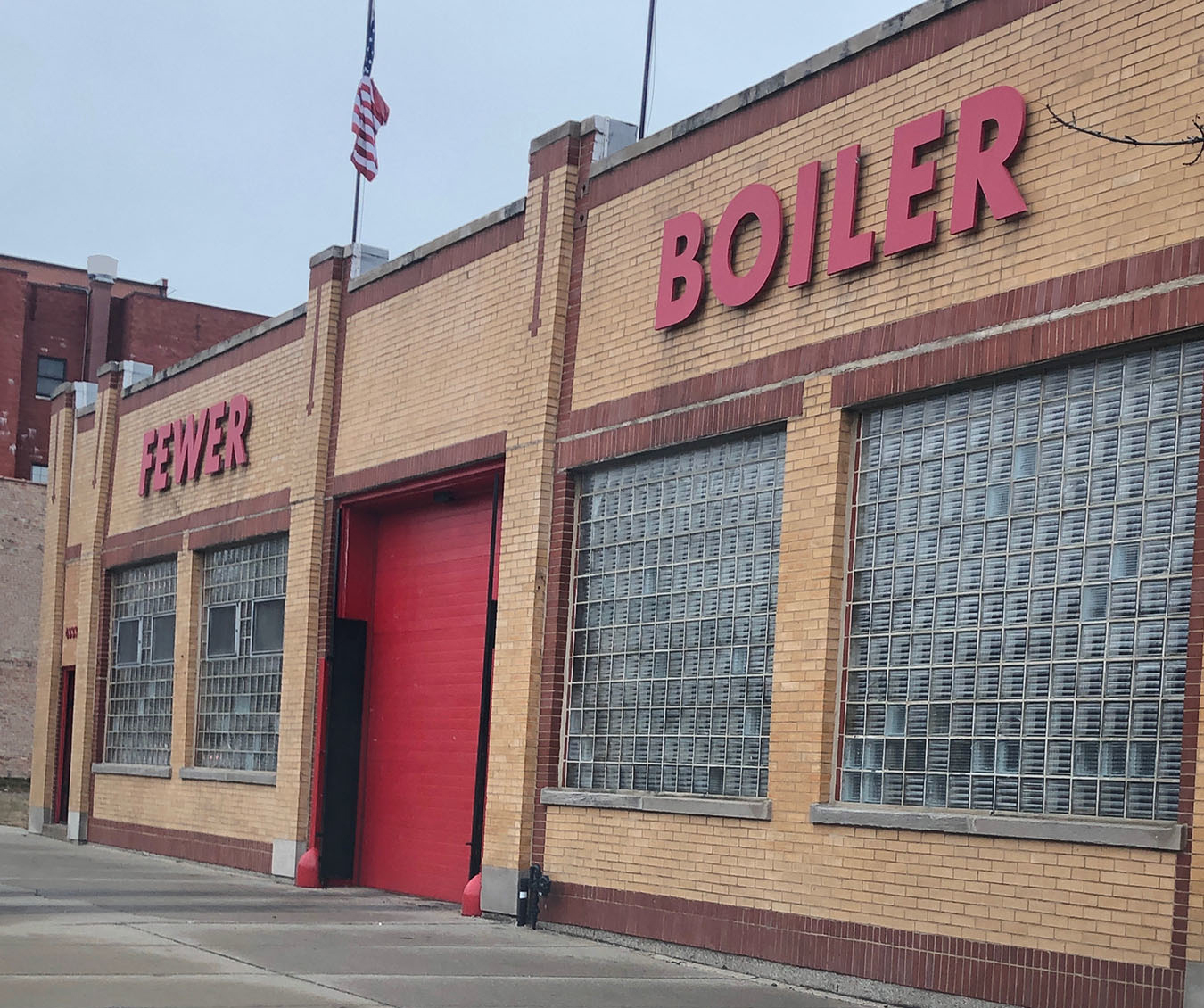 “It’s not about me,” he said. “I have people working for me with families; those families need food and shelter and a future. A paycheck is needed for that and where are they going to go? Nobody cares about quality anymore, but these guys do. Nah, I’m not going anywhere.”

It was plain to see and hear that this guy thought differently than other business owners I’ve spoken to. It wasn’t just words coming out of his mouth. It was what he felt to the core. His commitment to his people was real and palpable, another Wow! moment if ever there was one. His answer was one of those rare moments in life you don’t forget, one that gives you hope in a world of greed and a me, me, me mentality.

Scott was physically banged up, too. He had valid reasons to shut it down if he chose to, but he saw the bigger picture and his role in it. How can you not admire a guy like that? His employees stick with him because he sticks with them. Some guys have been with him for decades, which is almost unheard of these days. So yes, I’m a fan of his; a big fan and a grateful student.

We keep in touch even though I’m half a world away. I’m lucky to be able to call Scott my friend. He’s a serious guy who doesn’t suffer fools gladly, much like me. He has a heart of gold and a hydronic mind oozing with knowledge.

I’ll be visiting his shop on my first return home in over a year since I’ve been in Las Vegas. He saves old boiler gauges, valves and Kewanee swag for me so I can keep my boiler hobbies going. Maybe I’ll be able to talk the guy who doesn’t eat lunch into grabbing a Maxwell Street Polish somewhere and gain another opportunity to learn.