What’s holding you back from trying something new

I was very slow to get started with steam heat. I had read the Dan Holohan books. I paid attention to the steam pros’ critique of steam boiler installations posted on sites like heatinghelp.com and Instagram. I took mental and physical notes.

I drew steam boiler near-piping diagrams because I believe putting pen or pencil to paper enhances my ability to learn (see Figure 1). I leaned on some steam heavyweights such as Charles from some far-out rural area of Massachusetts, Frank W., Harold K., Peter Z., and others for tips and insider information. 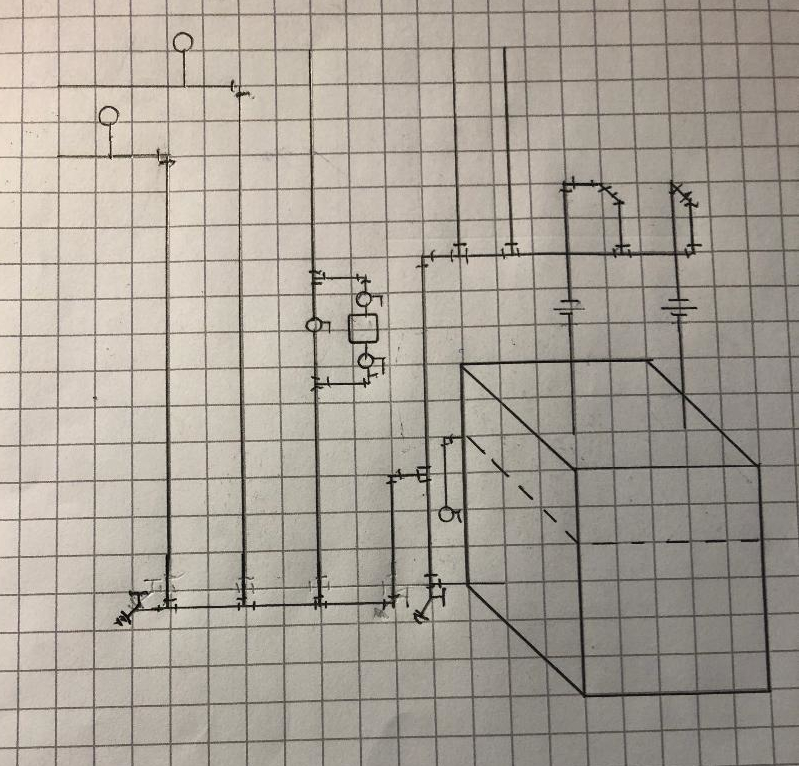 And then, I waited. To be honest, I waited way too long. I waited because I knew the steam experts would judge my work honestly and it scared me. They are some of the most enthusiastic people in the trade and they hold the bar high. But I also knew I was missing out on something special, and my time in the field had an expiration date and it was coming fast.

Then one day, I got a request for proposal for a steam boiler replacement at a Chicago apartment building. I said yes, and I’d be happy to provide a bid.

I lost that job as fast as I ever lost a job in my life.

My number, they say, was unreasonable. And looking back, I can’t really argue with that. I included too much time for the learning curve I was certain to need. I realized I needed to eat the learning curve on the first one; fair enough. My competition, friends of mine, bid this one with far less hours than I did, and it looked perfect. Their four generations of working on strictly steam heating systems will do that.

But then the day came when I bid on another and the proposal was accepted. This time it was a single-family home, so the boiler sections and pipe sizes decreased quite a bit from the commercial boiler I first bid on. It also was late summer, early fall, so there was no pressure on me to knock it out in record-breaking time.

I did my due diligence and put together a material list mimicking the manufacturer’s recommended near-boiler piping and then some. Once I decide to do something, I go all in. Go big or go home, I like to say. I had two full-size risers coming out of this tiny Peerless boiler; then did a double-drop into the header (see Figure 2). I made sure my main was tied into the header between the last riser and the full-size equalizer. 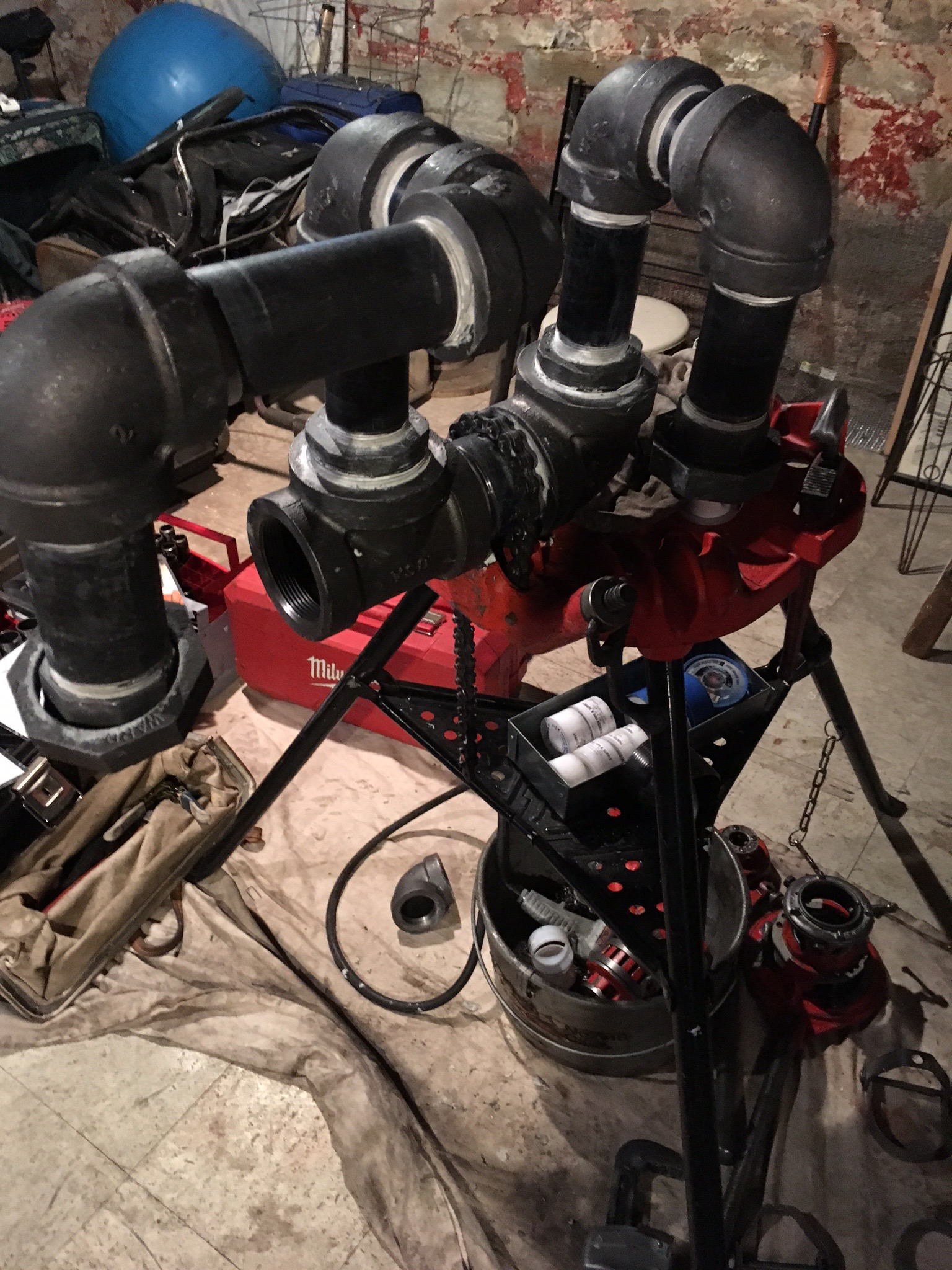 I replaced the old main vents with Big Mouth vents (see Figure 3). After a reminder from Charles, I made sure all the returns tied in below the water line. I nailed the critical “A” dimension. The tee for my Hartford Loop started 6 inches below the water line, and I used a close nipple out of the bull of the tee. I used ball valves and plugs for flushing and skimming. 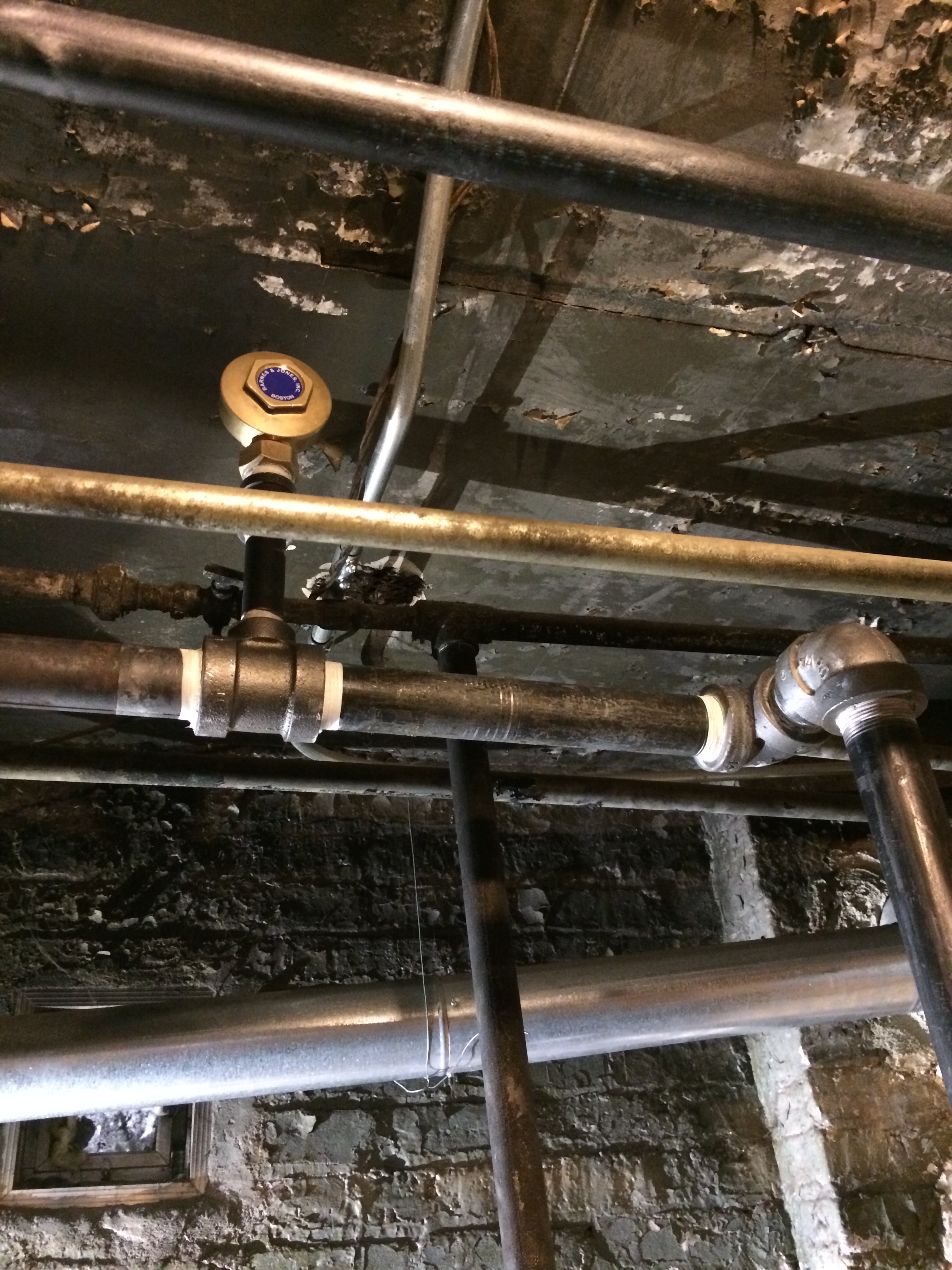 When Tim and I finished, I admit that I was proud of what we had done. We followed all the rules and it looked as good as any near-boiler piping I’d ever done (see Figure 4). Now it was time to start this beauty up. Pressuretrol set to 2 psi and thermostat calling for heat, we switched on the boiler with the homeowners eagerly watching in the boiler room along with Tim and me. 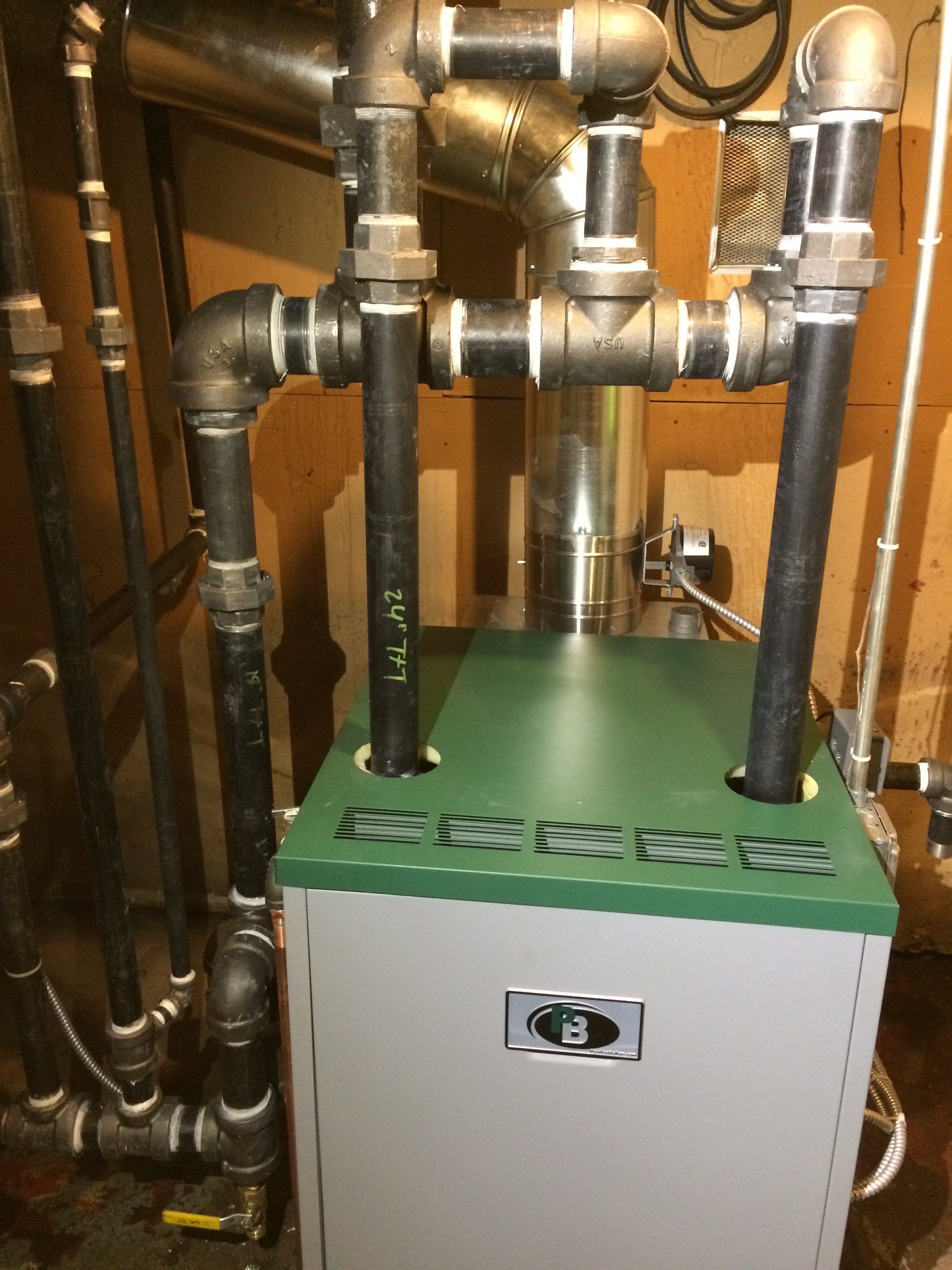 A quick side note: Whenever I wrapped up a hot water boiler installation and started it up for the first time, I would put my hand on the supply pipe. Once it got hot, I’d wait a few minutes to make sure the return piping was warming up. Makes sense, right? Once the returns were warm, I was confident I had adequate flow throughout the system and we got all the air out.

Force of habit, I guess. Not exactly science, but it let me know it was time to go upstairs and make sure all the radiators or baseboard heaters were warming up, too. A boiler guys’ example of instant gratification. Once it was done, I could focus on the particulars of boiler commissioning, such as combustion analysis and setting the control parameters.

Back to the steam boiler — As the burner fires, I reflexively put my hand on the supply header, waiting for the pipe to warm up because that’s what I do. I obviously forgot about the speed at which steam travels. Those steam guys I leaned on for guidance certainly didn’t feel the need to remind a seasoned boiler guy that steam pipe gets hot infinitely faster than hot water pipe does. Not to mention that they’re 30 to 40 degrees warmer as well.

The pipe I had a white-knuckle death grip on went from ambient temperature to skin melting hot in a New York minute. There was no gradual warmup. There was not a spare second to warn me that I was about to feel excruciating pain. It happened immediately, in front of everyone. The proud look on my face quickly disappeared and turned my complexion blood red with embarrassment and pain.

I don’t remember how I explained this misstep, but aside from this humbling experience, the job went well. The heating system was quiet, the mains vented quickly, all the radiators were toasty, the burner didn’t short cycle, and most importantly, the homeowners were happy.

Why did I feel it necessary to tell the burning hand tale?

Because this is what this column is all about.

For all those years I put off getting knee-deep into steam heating, for all the unnecessary fear about taking the risk of trying and learning something new, for all the money I left on the table because I doubted whether I could do it well enough to meet my own standards — for all that and more, I delayed doing something because I imagined all the worst things that could happen, would happen.

They didn’t, not one of them.

What’s holding you back from trying something new? Maybe you’re that forced-air guy who thinks he can’t do boilers. I was a tin knocker, my first 10 years in the business and then I committed to hot water heating systems and never looked back.

Maybe you’re a steam guy who thinks hot water heat is getting too complicated. Well, you may be right, but there’s a lot of money to be made in that specialty. The boilers are much lighter, too, so there’s that.

Or maybe your company is doing forced-air, hot water heat and steam heat, but you’re not quite sure about getting into geothermal or solar. Here’s the thing, there’s plenty of folks who are successful in all the subcategories of our field. That means you and I can be, too, if we put the work in. There will be mistakes made. It’s how we learn.

Sure, I felt some embarrassment and some pain in my hand. Big deal. We all get banged around a little in the trades, but don’t make the mistake of borrowing trouble that’s likely never going to happen. Do your homework. Invest time in training. Listen. Read. Draw piping sketches so the image is etched in your brain. Watch the pros. Once you’ve done these things diligently, you’re as ready as you’ll ever be.

The next step is to just do it. Pick up the tools and get to work.