Contractors need to know about the wet side and the air side to give customers what they really want.

I first wrote about Dan Foley more than a decade ago when he told me how 15 years beforehand he had walked into a Dan Holohan seminar that would change his life.

Foley, at the time an HVAC service tech with Arlington Heating and A/C Inc. Arlington, Virginia, had never heard of Holohan. And all he knew about radiant heat was what Rich Trethewey talked about on “This Old House.”

But Holohan lit a spark in Foley that day, and he left the class knowing what he really wanted to do.

“I ran into a lot of resistance at first,” Foley told us in our original story. “But it was too late. I was inspired, and I knew I would succeed. Little did I know that it would be more than 15 years before radiant would be my primary business.”

However, Foley, who just earned the Plumbing-Heating-Cooling Contractors —  National Association HVAC Contractor of the Year, wants to amend that last statement since his primary business was and has always been “comfort” — and if he can do that through forced air, warm water or both, all the better.

“I’m not a heating contractor,” he told us after winning the award. “I’m a comfort contractor.”

Foley’s pragmatic attitude is one key to earning the PHCC award.

He began his HVAC career at Arlington in 1988 after completing a degree in business management at Virginia Tech.

“We just kind of scratched the surface,” Foley says about his early entry into the wet side at Arlington. “It was an HVAC company, no question about it. But that’s where I first got started with hydronics.”

However, over 15 years at Arlington, he learned plenty about the air side, too. In fact, the owners of Arlington let him open his own branch in 1991 with that branch reaching $1 million in sales within two years.

If that sounds like Foley’s big break, you don’t know Foley. Five years after opening the branch, Foley was made general manager of the whole business and eventually became vice president in 1998.

With that experience in mind, Foley has always looked for ways to bridge the gap between wet heat and warm air. Throughout his career, Foley has deliberately considered how the industry could get past the rivalry between hydronics and HVAC contractors.

Foley is an ideal contractor to do it.

On one hand, no one can doubt Foley is a strong proponent for radiant heat. He’s a charter member of what was then called the Radiant Panel Association (now, the Radiant Professionals Alliance) and served one year as the group’s president.

On the other hand, he was part of the RPA leadership while also being a longtime member of the Air Conditioning Contractors of America, which made him a perfect contractor to help launch the ACCA’s Radiant and Hydronics Council in 2011 as its first chairman.

It’s easy to see Foley’s commitment to both as opposed to the “us vs. them” brashness we used to witness at early radiant conventions. Instead, take a look at the RHC’s first convention, and there’s Foley listed on the show guide leading a seminar called, “Selling the Wet and Dry Side Together.”

After 30-plus years in the business, Foley knows he’s a contractor who can take care of “the whole comfort package,” as he puts it, rather than a contractor who commits to one side of the heating business and, unwittingly, may only be able to do half the job.

Foley left Arlington to open his own shop, Foley Mechanical, in Lorton, Virginia, in 2002.

When he was first on his own, of course, he couldn’t afford to pick and choose and say no to a job. 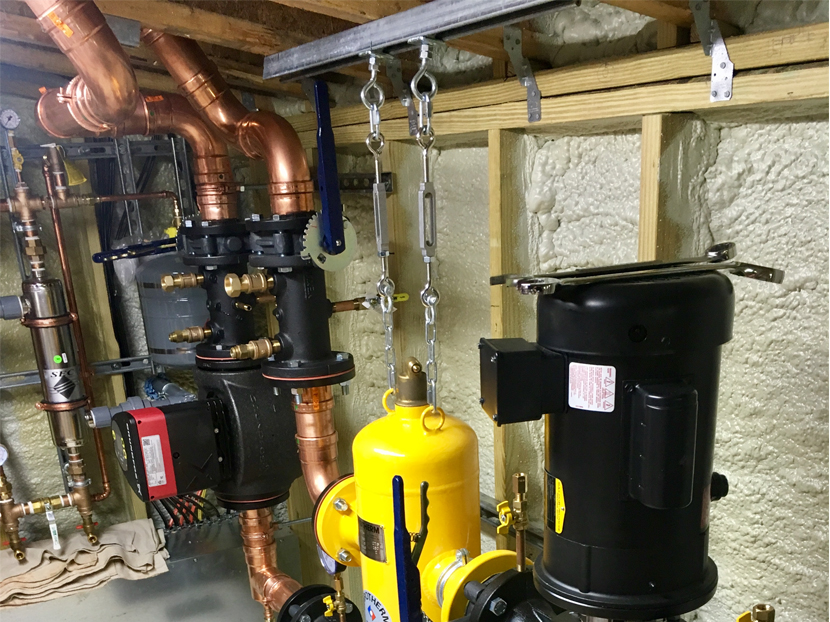 “If you had somebody who was going to write you a check,” Foley said, “you were going to accept that check. Back then, I had rent due on the first and payroll due on Friday.”

“You have to have control of the whole job or you don’t know how it will end up,” Foley says. “And you’re going to have to deal with the consequences, regardless.”

One of his early jobs was a perfect example of why he had to do it this way. On that job, he bid on the HVAC and the radiant. He didn’t get the HVAC so he just went ahead and put in the radiant. He even ended up winning an award for the heating installation.

Trouble was the homeowner called to complain that first winter. Foley went back, shot the floors with an infrared device, tweaked his radiant system a little and declared the problem solved. But it wasn’t.

The homeowners weren’t saying they were cold; they said they weren’t comfortable.

“I was just so focused on the radiant, I couldn’t see the forest for the trees,” Foley explains. “But the issue wasn’t the heat; the floors were warm.”

Upon further inspection, Foley discovered plenty of problems where the HVAC installer had cut corners that jeopardized his award-winning radiant heating system — even for a multimillion-dollar property.

“Humidity couldn’t be controlled,” he explains, “the range hood was recirculating, and even some bathroom fans weren’t vented properly. It was a mess.”

And right then and there, he became a comfort contractor. 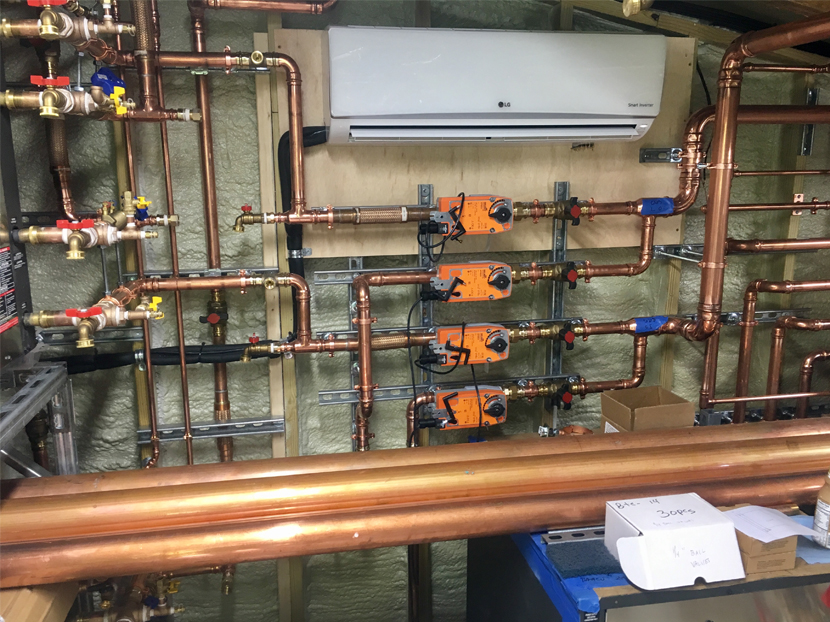 “I’ve told that story hundreds of times,” Foley adds. “Just about every one of my projects has some form of either hydronic or radiant heat,” Foley says. “But I realize that that’s just one tool in my toolbox. It’s not the entire toolbox. And if you focus just on hydronics and radiant, you haven’t delivered the total comfort package.”

Foley’s toolbox also includes radiant cooling, but also plenty of ways to control the air side, such as filtration, indoor air quality, humidification and dehumidification.

Another tool in the Foley toolbox is that he has the skills of a commercial contractor who also happens to have a pair of a residential contractor’s kid gloves in his back pocket.

Given the size of Foley’s typical jobsite — mega-mansions that are “residential” in name only — a commercial contactor’s skills come in handy. Given structures that are tens of thousands of square feet, a commercial contractor’s mindset says: “Here’s the plan. Let’s roll it out.”

But as big as they are, these structures are still someone’s home. So Foley also has to deal with architects, engineers, designers, landscape artists and, of course, the homeowners.

“For commercial guys,” Foley explains, “these are headaches. If the plan says the pipe goes here, then that’s where it’s going to go.”

Flexibility and a good measure of diplomacy are required to finish these type of jobs. “The architect and everyone else are trying to create something special as well, and you have to work together,” Foley adds.