Honoring the tenacity and grit of Wiseway Supply’s founder while celebrating milestone anniversary.

Rodney “Biz” Cain was an important player in the Northern Kentucky business arena. His nickname, by which most would know him, came from his father after he noticed Biz’s thirst for learning about business. Always interested in learning and conquering, his interests in business and community were strong — and one of his many accomplishments included co-founding the Bank of Kentucky.

In 1972, entrepreneurial spirited Rodney “Biz” Cain and his wife, Jackie, founded Wiseway Supply, a wholesale distributor of plumbing and electrical supplies and lighting fixtures (even initially selling kitchen cabinets and appliances) based out of Florence, Ky. Over time, the company would expand through growth and acquisitions. Today, John Cain, the oldest of Biz and Jackie’s children, continues the legacy that started 50 years ago. 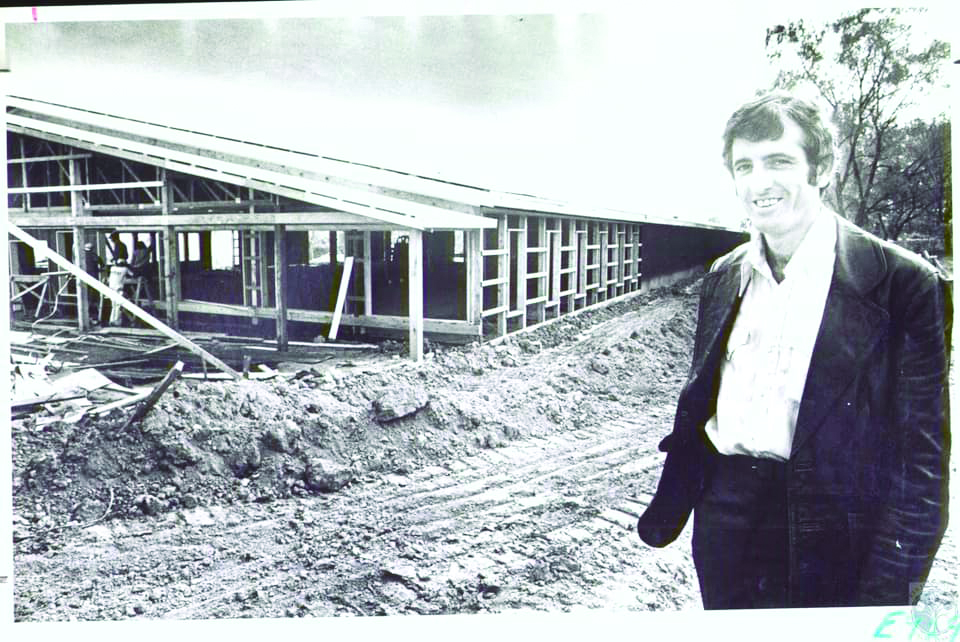 What started as a one-storefront company has grown into ten locations spreading from central Ohio to central Kentucky, including the Greater Cincinnati and Lexington areas. The company currently employs 136, and with a distribution center located in Cincinnati with the ability to ship nationwide, the company distributes its products from its trusted manufacturing partners to supply the area’s commercial and residential contractors.

In addition, the company has two lighting and plumbing showrooms where builders, remodelers, and homeowners can choose from our wide array of high-end plumbing and lighting fixtures — the perfect way to reflect their style and make their homes their own.

Celebrating its golden anniversary is made possible by the tenacity of Wiseway’s founders and the dedication of team members who put into action the company motto: Integrity. Innovation. Experience. Results.

Biz was a wonderfully talented and influential leader who wasn’t afraid to “do the dirty work” and lead by example. He paved the road for all his ventures with his natural experience of building, selling, and understanding the needs of northern Kentucky residents and businesses alike.

He understood that you must roll with the punches in business and life. Five years after starting the company, as they were building a new building for expansion in 1978, the roof collapsed at the new location right across the street from Wiseway’s original location on Dixie Highway in Florence. Undeterred, Biz pressed on until the reconstructed facility was ready to move into, and is still the site of Branch #1!

Biz had a natural ability to lead and mentor, and his instincts were typically spot-on. In 1985, Wiseway made its first of many acquisitions on its growth path —Bluegrass Plumbing & Electrical Supply. Growth and expansion necessitated the need for the company to enter the computer age with a new software system, making managing operations so much easier. At the time, it was considered a first, and it’s hard to imagine how business was conducted without this leap of technology!

In 1986, Biz’s oldest son, John Cain, graduated from the University of Kentucky and went to work in finance for Procter & Gamble. In 1988, John left P&G to join Wiseway Supply as its general manager. The apple does not fall far from the tree as John’s thirst for learning mirrored his father’s. John would continue working for the company while continuing his education, graduating in 1993 from Chase College of Law at Northern Kentucky University; he continues as  a licensed attorney today. 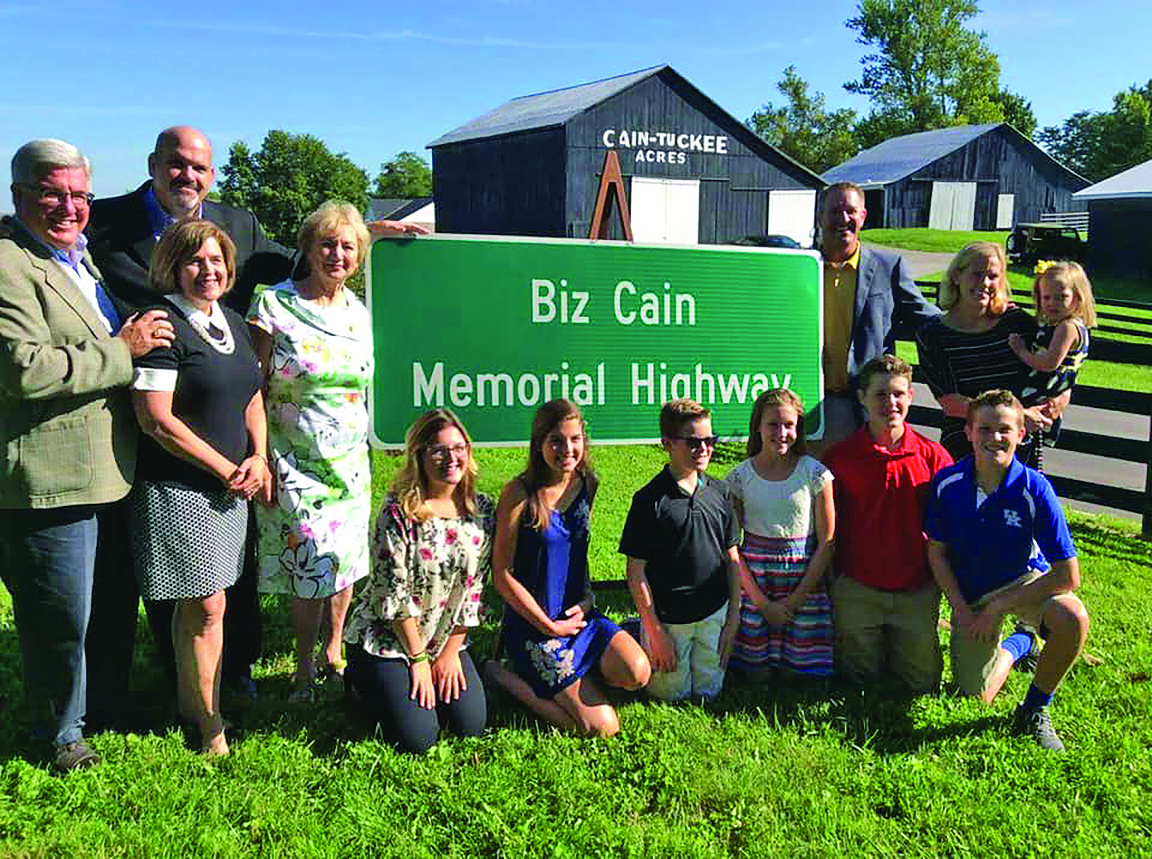 Under the guidance of his father, John Cain would ascend to the helm in 1994 as Wiseway Supply’s president; shortly thereafter, Biz got involved in politics as a Cabinet Secretary under Kentucky Governor Paul Patton. He finished his brief political career when he finished the term of Kenton County Judge-Executive. Biz and Jackie then retired and would spend a big chunk of each year in Mexico.

Continuing on the technology path, in the early 2000s, John Cain and the Wiseway Supply team integrated the company into Eclipse’s ERP system —- and the technology advancement didn’t end there. His guidance into technology and automation would support the company’s ever-expanding footprint, allowing for ease of doing business and continuing its growth path.

After the housing market began spiraling downward in 2007, Wiseway experienced its first layoffs in the company’s history, which continued during the recession in 2009. The company would rebound in 2012, forging ahead with renewed economic growth and customer and employee commitment.

In 2011, John Cain took official ownership of Wiseway Supply, a family-owned and operated wholesale distributor. After that, there was a long line of growth as John navigated Wiseway forward. First, Wiseway’s acquisitions resulted in the company expanding to Hamersville, Ohio. John had his sights on a distribution center that could carry the company’s capacity for growth as it was growing. In 2014, the company built a distribution center in southern Ohio, combining it with an existing branch.

Growth would always be on the horizon, and to do so, the company continued investing in technology. The following year, the company established its RF system, modernizing it to increase warehouse efficiency and accuracy for the growing distributor.

A fury of internal changes happened in 2016 to prepare for Wiseway’s continued growth. To recognize the differences between production and custom builders, Wiseway Supply created a Production Builder Group to serve production home builders in the region. To accelerate growth and guide its electrical division, an electrical vice president was hired from a large national distributor to manage the ever-growing vertical. Leaving the Great Recession lean and ready for growth, the Wiseway team looked forward - while applying lessons learned.

During the acquisition, Wiseway maintained its focus on customer service with virtually no personnel overlap. The joining of the two companies with similar cultures, values, and history has been well-received by customers and employees alike!

John has added another technology notch to his belt by launching Wiseway’s e-commerce store in 2021. Seeing this as a customer service tool, he wanted to be able to meet his customers where they’re at – online. Critical to the success of Wiseway Supply’s e-commerce was the creation of the first Digital & E-Commerce Manager. The e-commerce platform and Wiseway’s digital marketing efforts have been well received through self-service tools like inventory checks, bill payments, and many others. 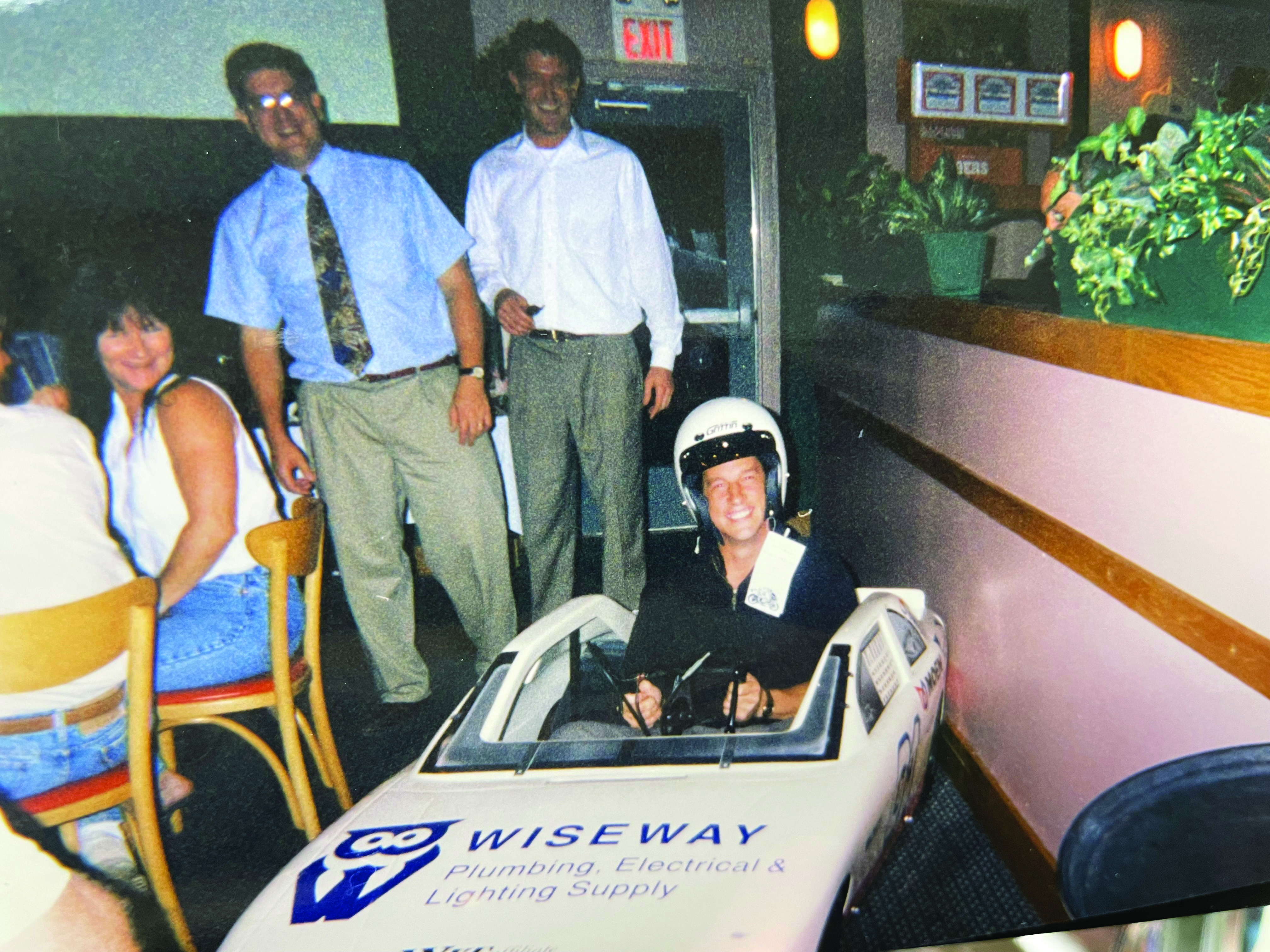 After fighting a long and courageous battle with Alzheimer’s, Biz passed away at age 78 on Dec. 1, 2016. So beloved as a mentor, statesman, businessman, and family man, his passing pulled at the heartstrings of northern Kentucky. It was evident from his visitation when over 1,500 people came to pay their respects and honor the spirited community leader.

Stories told spoke of how many lives Biz touched. He will forever be remembered as a gentleman, businessman, father, grandfather, mentor, and friend.

In his honor, in August 2017, a portion of Kentucky Route 536 was dedicated as the “Biz Cain Memorial Highway.”

This year marks Wiseway Supply’s 50th anniversary! Having opened its 10th branch in Kettering, Ohio (near Dayton) this year, it is a fitting tribute to Biz, the affable founder who would forever be linked to the lives of his communities by the legacy he started.

To celebrate Its anniversary and the tenacity and spirit of its founder, the company is raising funds and awareness for Alzheimer’s research to honor Biz and support other families that suffer from this disease. It is estimated that more than 75,000 people succumbed to the disease in Kentucky alone in 2020, and estimates predict that 85,000 will do so by 2025. Alzheimer’s takes its toll not only on those suffering from the disease but also on the caregivers who so selflessly tend to provide a dignified and compassionate environment while traveling on the road.

Please visit the “Who’s In” banner at the top of the company’s website www.wisewaysupply.com to facilitate donations.

The company continues Biz’s legacy with its 50th-anniversary tagline, “50 Years of Building Tomorrow”. With those 50 years of knowledge, we are sure Wiseway will have many more successful tomorrows. And it started with a man and his drive, its well-liked founder, Biz Cain.