Do you have a good lawyer?

• The valves and unions were not insulated — guaranteed to result in condensation and dripping.

• Lack of sealant on joints of pipe insulation.

• Choice of wrong insulation — use of fiberglass, phenolic or a cheap hardware store flexible insulation. They work great until they fill up with condensation.

• Lack of commissioning — a quality control inspection is needed on all pipe insulation.

• Workmanship by the pipefitter or carpenter or whoever was available — I always recommend a pipe insulation contractor who is a member of the National Insulation Association to do all the pipe insulation work.

• Use of the wrong hangers or the wrong insulation at hangers.

• Lack of adequate space for the insulation around each pipe — installing the supply and return pipes too close to each other will cause problems of condensation and
dripping.

• The design engineer used a canned insulation spec that was obsolete 30 years ago.

• The design engineer is in New York or Chicago and does not understand the humidity issues in the southern U.S. An insulation product that may work in Ohio may not work in Miami.

• The specified pipe insulation was too thin.

These 10 situations resulted in insulation failure; seven were caused by the design engineer and three by the installing contractor. Now let’s review some of the chilled water pipe insulation failures where I have been hired as a consultant. 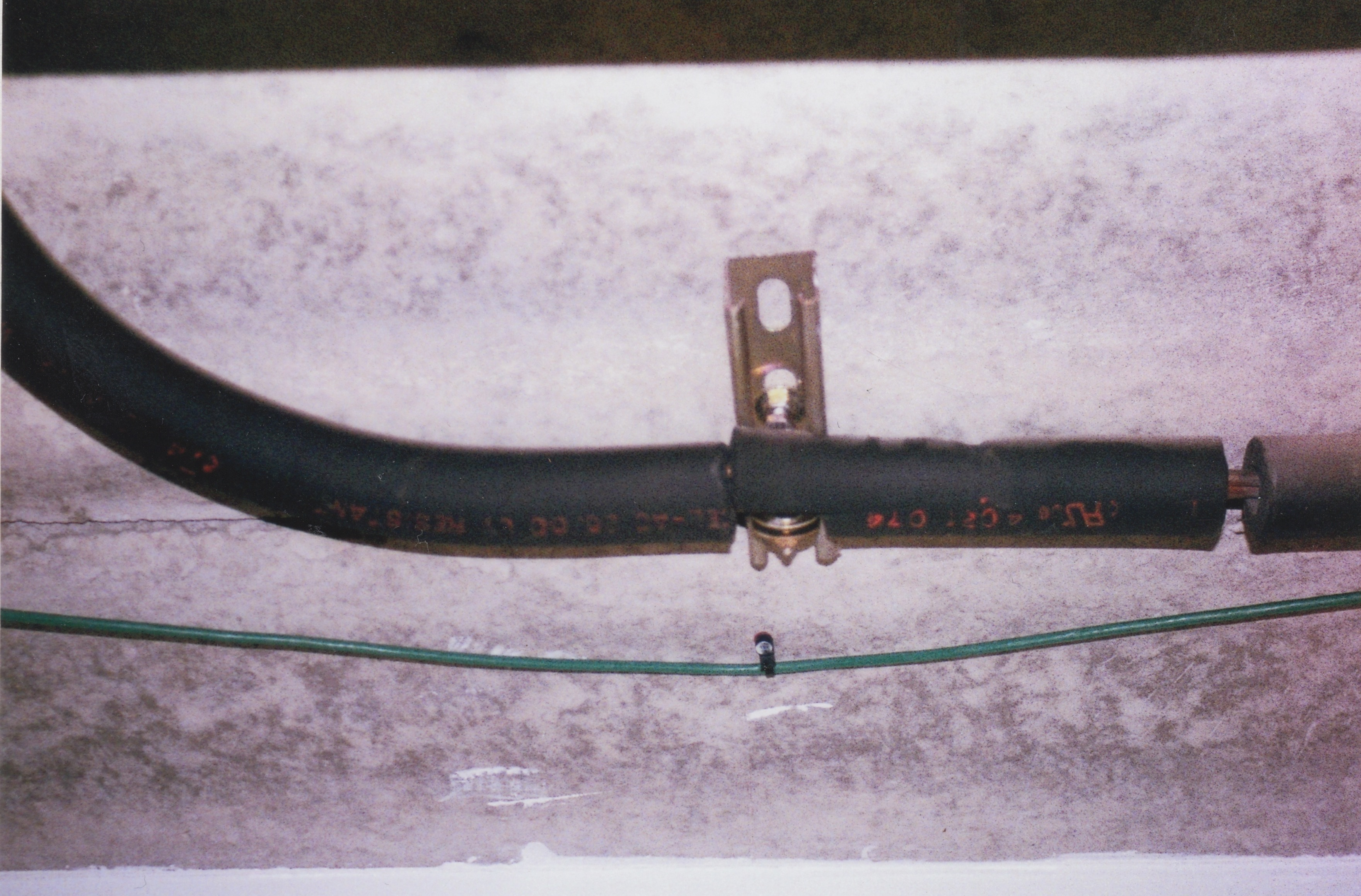 The building owner did not want to pay for a mechanical insulation contractor. The owner told the HVAC contractor to instruct his pipefitters to install the elastomeric pipe insulation on the chilled water supply and return pipes.

The pipefitters installed the pipe insulation but did not seal any of the insulation longitudinal or butt seams. Not good. There was condensation and dripping everywhere, resulting in water stains on the plaster, on the ceiling and on the carpet.

Most of the chilled water piping was in the hallway ceiling. The design engineer specified fiberglass pipe insulation. Not good. The pipe insulator did not insulate the valves or unions. Not good.

The hallway ceilings were water-stained with condensation. The mechanical equipment room was a damp mess. Somebody shouted mold, which caused a panic. The school evacuated the building and hired ServePro. At the 11th hour, the school hired a pipe insulation consultant. (I wonder who that was!)

The consultant recommended the pipe be reinsulated with Aeroflex Aerocel ULP. Unfortunately, the school had already hired a professional pipe insulator who purchased replacement fiberglass pipe insulation. I’ll see this project again after the next humid spell! 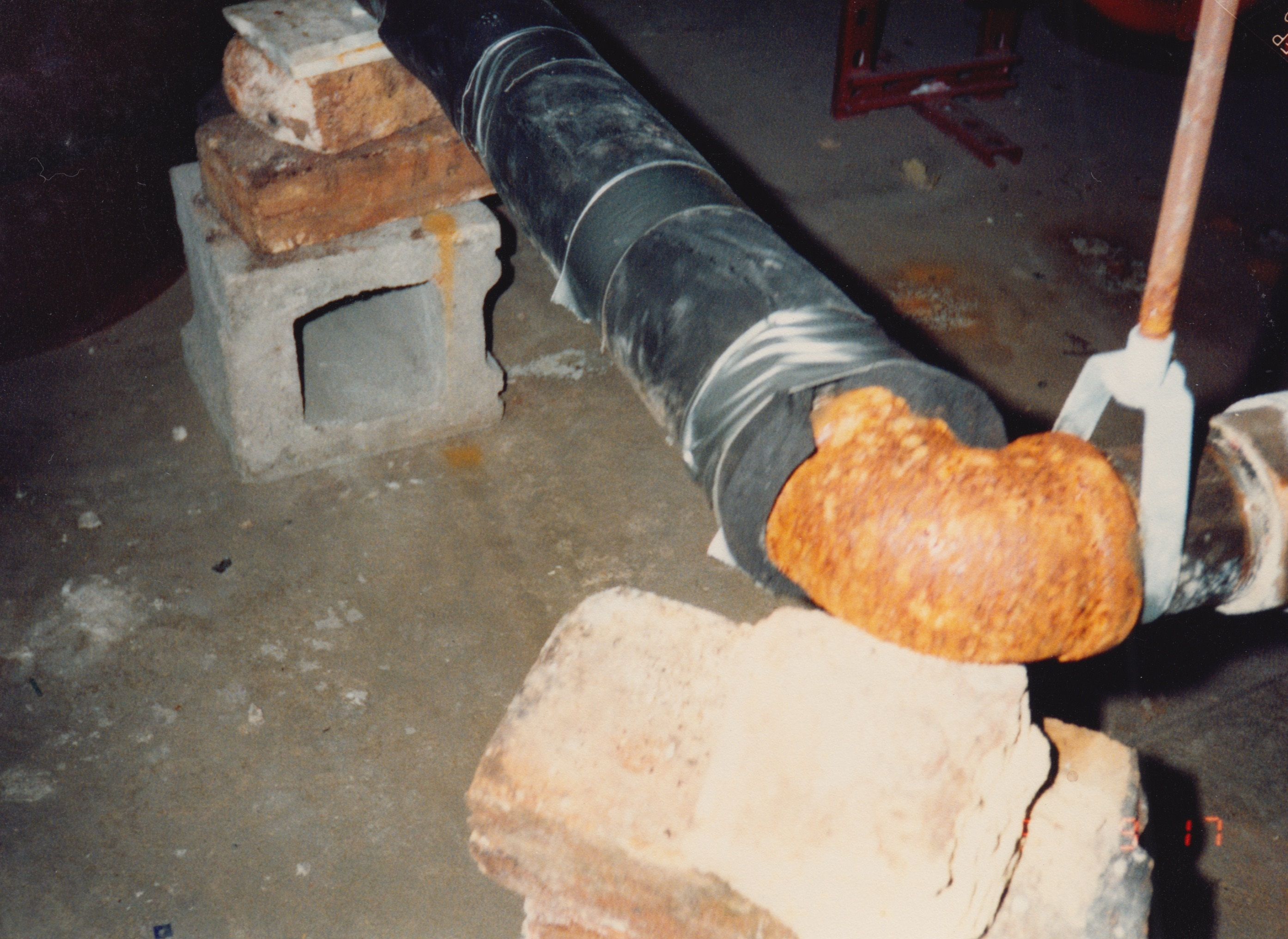 The equipment room piping consisted of 16-inch steel pipe for the chilled water supply and return. The building owner was bald. When he walked into the rather expensive building restaurant, water dripped on his head. He was not a happy camper. The dripping was condensation from the saturated phenolic insulation on the chilled water pipe in the restaurant lobby’s ceiling.

The design engineer was in New York and didn’t seem to understand that South Florida was a hot and humid area. Phenolic insulation has very little resistance to moisture flow, plus the engineer only specified 1-inch-thick pipe insulation. (What was he thinking? He wasn’t.)

An inspection found the supply and return piping were too close to each other to insulate properly. The removal of the pipe insulation (and moving the pipe apart), replacement of the water-stained walls and ceilings and the re-insulation of the pipe with 3-inch-thick cellular glass insulation cost $20,000,000.

The design engineer didn’t seem to know much about pipe insulation and rewrote the specs. Fortunately, the local mechanical insulation contractor refused to use the engineer’s specs.

The system operated for more than 10 years without condensation in or on the cellular glass insulation.

The hotel had several hundred rooms. It had been open for less than a year when I was hired to look at the condensation and mold on the chilled water pipe insulation. The chilled water system was a design/build project.

I recommended the re-insulation be done with Aeroflex Aerocel ULP pipe insulation at 1-inch thick.

The chilled water system consisted of miles of pipe up to 24 inches in diameter, with some of the pipe underground.

The aboveground pipe was insulated with fiberglass (not a good idea). It took a few years, but the fiberglass insulation filled with condensation and started dripping everywhere. The underground pipe was part of an inexpensive conduit system, which failed due to a high groundwater table.

The new owner of the complex is reinsulating the aboveground pipe with 3-inch-thick cellular glass. The underground pipe is being redone with a better-quality conduit system consisting of many maintenance holes for valves and expansion joints.

It is a multimillion-dollar project.

Another classic problem is the noninsulation of valves. The design engineers should specify valve stems with a thermal block or similar as sold by Jomar.

William A. Lotz, consulting engineer in St. Albans, Vt., has a degree in mechanical engineering and is a licensed P.E. in eight states. His work career includes several years with insulation manufacturers, many years with insulation contractors — plus many more years as a consulting engineer designing and troubleshooting pipe insulation problems. Lotz has more than 300 articles in the trade press and recently published his first book, “Moisture Control and Insulation Systems in Buildings, Chilled Water Pipes and Underground Pipes.”